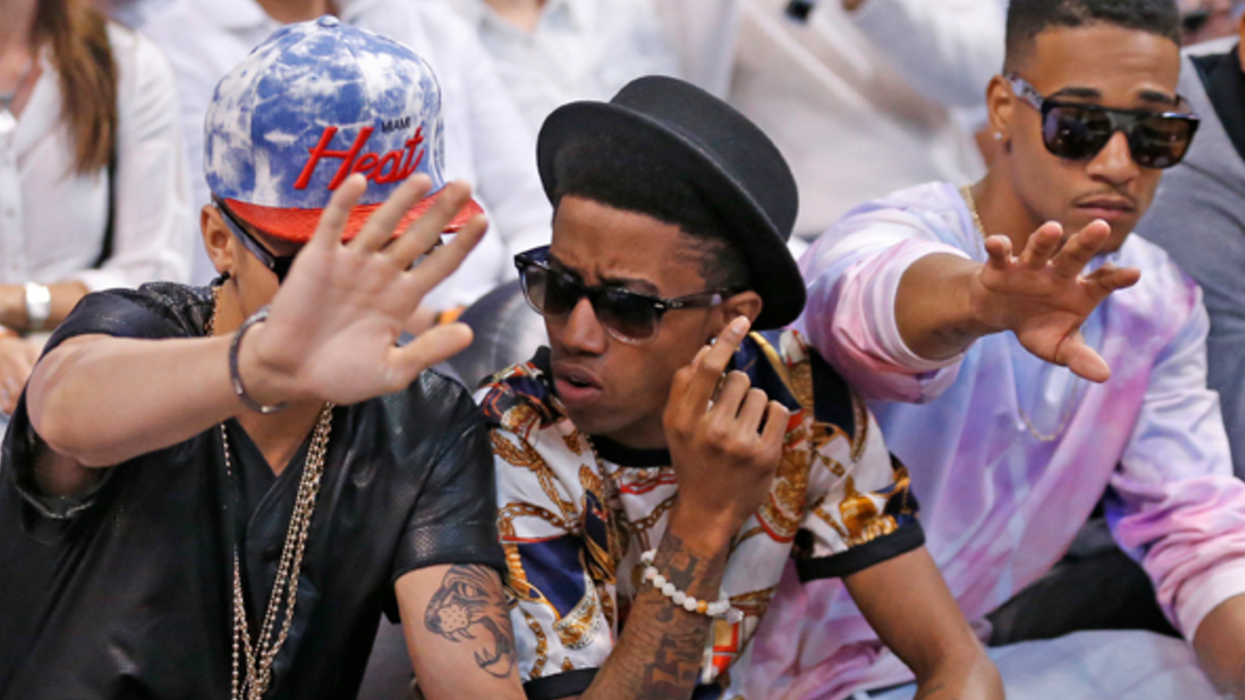 It seems that not even celebrities are immune to fuckboys and their antics! From Justin Bieber peeing in a mop bucket to that time John Mayer ranked all of his celebrity kills in an interview, there are definitely some prominent fuckboys in Hollywood.

Though, the fuckboy phase isn't forever, and a lot of celebrities have abandoned their past ways. So here is a list of 11 of Hollywood's biggest fuckboys that changed their ways and turned into good partners!

Even John Mayer himself agrees that he was a major fuckboy back in the day. From groupies to claiming in an interview that Jessica Simpson was "cocaine that he would pay money to snort again," he was no stranger to controversy. Since then the 39 year old guitarist now just focuses on the music, his fans and respecting women!

This one may come as a surprise to many, but the Canadian crooner was indeed a major fuckboy. Mainly due to cheating on his wife at the time, Emily Blunte, in 2008. He has since then apologized and has been the most critical out of anyone on his past actions! Emily Blunte also moved on to marry John Krasinski so I think everyone's happy now.

Prince Harry is the king of all fuck boys, pun intended. From crazy Vegas trips to Europe based antics, Prince Harry was constantly in the UK tabloids partying with different women. Since then though Suits star, Meghan Markle, has somehow gotten him to pull a 180. Nowadays when he's in the tabloids its just marriage rumours!

Let's be real, just about everyone and their mom witnessed Justin Bieber's fuckboy phase because he was constantly in the media. From peeing in a mop bucket, moving from model to model to getting a DUI, Bieber's fuckboy stage was a lot more intense and publicized than others. Since then the young singer has cleaned up his act and is focusing on his music, fans and mental health!

Listen, I love NYSYNC too, but why is it so easy for everyone to forget that time Justin Timberlake cheated on Cameron Diaz?! Back before he married Jessica Biel, the ex-boybander was a major fuckboy but since meeting Biel in 2007, he's completely changed (and put out some fire albums).

Why is it always the nanny?! The 42 year old soccer star notoriously cheated on his wife Victoria with their nanny in the past which basically broke everyone's hearts. The UK power couple did end up powering through the scandal and are still together as David has apparently changed his ways.

The ex boybander's past relationship with Perrie Edwards definitely had a publicized ending thanks to Little Mix's summer anthem, "Shout Out To My Ex," but what wasn't mentioned in the song were some serious cheating rumours. There was some pretty damning evidence proving that Zayn was messing around while on tour while with Perrie Edwards. Since the split and getting with Gigi Hadid, it seems that Malik has moved on from his fuckboy ways and wants to live a pretty low key life.

It's been a while since George Clooney was a fuck boy but at one point he was one none the less. The now 56 year old actor was a serious womanizer in the beginning of his career, bringing new women to every Oscar show to the point where it almost became comical. Since then he has settled down with human rights lawyer Amal Clooney, they will be welcoming twins in the near future.

The member of the Hills cast was one of the OG fuck boys. From his constant on-air relationship drama with Lauren Conrad to his lengthy list of relationships, he definitely went around the block more than a few times. Since then though Jenner has dispelled the past rumours of being a womanizer saying that he treats women with respect and doesn't want to be viewed in a negative light anymore.

Cooper's ex, Jennifer Esposito, revealed that the 42 year old was a 'master manipulator' that was made even worse with his 'cocky' and 'arrogant' personality. That mix just about checks off every personality trait a fuckboy has, but don't worry, apparently the actor has changed since 2007! Since getting with Victoria's Secret Model, Irin Shayk, apparently he has made some major changes especially since their recent engagement!

The 47 year old rapper's fuckboy phase was made pretty public after Beyoncé released her album Lemonade, exposing him for cheating on her while they were together. Since then and with the release of his album, 4:44, he claims to be a changed man and even calls himself out on his behaviour.