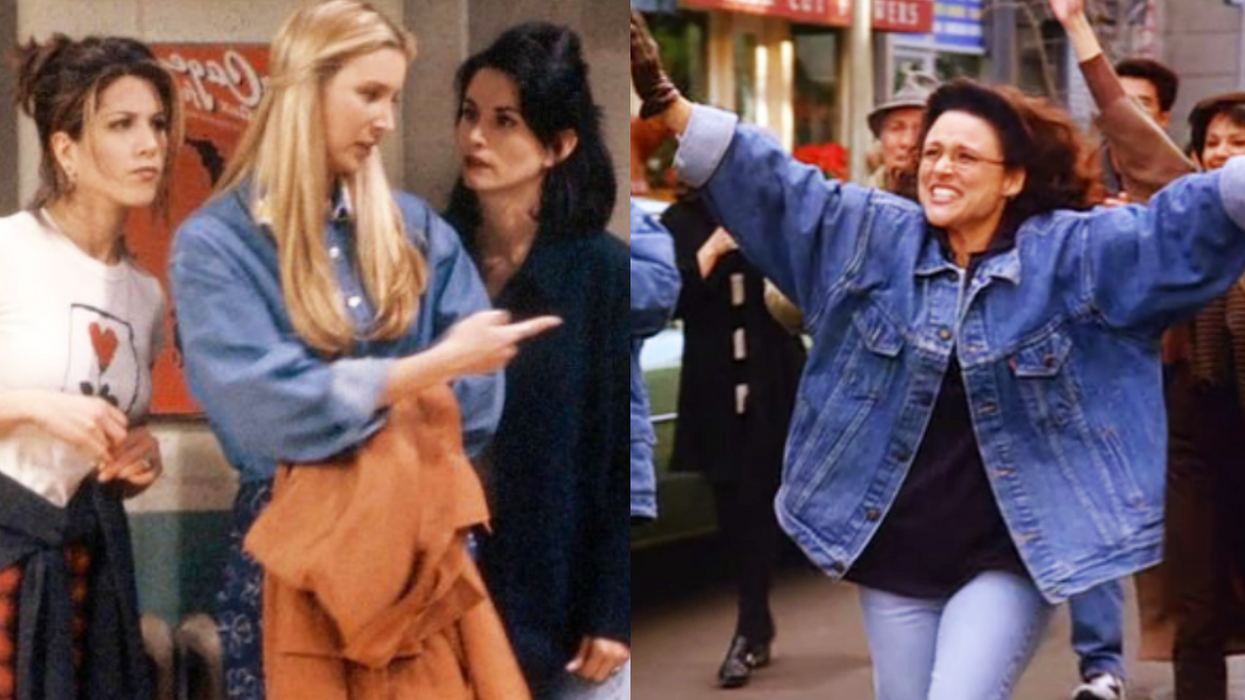 Fashion is always changing and styles are changing faster than ever. Though in a world of fast fashion there is an overwhelming appreciation for how TV show characters have dressed, specifically in the past during the 80's to early 2000's. From crop tops to mom jeans, a lot of the staples these characters wore throughout their shows are still being worn today. So check out 11 TV show characters that not only make for great fashion inspo but are fashion icons in their own right!

Let's start off with one of the most popular icons from Friends. Let's be real, Rachel Green's style was absolutely ace throughout the entire series. Whether it was a super girly outfit featuring a tight turtleneck and mini skirt or sneakers with mom jeans, she made everything look effortless. Though the peacoat/overall combo in particular is just such a sick outfit!

I don't know about you but Shawn Hunter's shirt collection is a collection I aspire to have at some point in my life. The range of patterned button downs he wore throughout this series is something I still cry over because they are just so nice. From tropical shirts, floral prints and loud geometric designs he wore it all!

Give Elaine the fashion credit she deserves!! Elaine serves LOOKS in Seinfeld, I mean look at that double denim and oversized jacket. That wasn't the only outfit she wore during the series that had people shopping for her outfits, her mini skirts and oversized sweaters were lust worthy and are still in fashion today!

Two words, coloured denim. Will from Fresh Prince was constantly wearing some wacky but amazing outfits, but my personal favourite was his ridiculous collection of coloured denim. From the staple jean wash to red and purple denim, he managed to work the bold colours into his wardrobe as if they were neutrals!

In my opinion Monica Geller's style was just as on point as Rachel's throughout each season of Friends. From crop tops and elephant pants that are in style today to oversized men's button downs and mom jeans, Monica mastered the casual but put together look.

D.J from Full House is another TV character that has style I still can't get over. From her off the shoulder top and overalls combo pictured above to her killer oversized knit sweaters, she always looked very bold and exciting in what she wore.

While the show was short lived, Rayanne's style will live in my heart forever. I continue to envy her scrunchie collection and how bold she was with accessories. Yet as bold as she could be with her long skirts I still have a special place in my heart for her love for massively oversized flannels and ripped jeans.

Kelly Kapowski from Saved By The Bell was wearing the trend before the trend in the 90's, and now it's back for it's second round in 2017. From the high waisted jean shorts with a western styled belt combo that is being worn by pretty much everyone right now, to her button downs with cropped rolled sleeves, she was always wearing something different but still casual!

Ok I know Clueless isn't a TV show but if you thought an old TV character inspo list would be complete without Cher, you are insane. I mean even just looking at this photo you can tell tons of girls are wearing her signature style right now from the button down denim skirt to her crop tops. Though personally I'll always be a fan of her double tartan combo.

Ashley Banks didn't just serve any kinds of looks, she served some serious bold and boujie looks. From rich and bold patterns to her dressed down high waisted jeans with a crop top, she was able to go from 0-100 with her outfits and still look amazing the entire time.

Lindsay's mix of nerdy style and rebellious pieces make for some serious fashion inspo. Her knit sweaters and striped tops are iconic to her character, just like the parka she wore over them all the time. Lindsay wasn't interested in "fashion" in the slightest throughout the show and was constantly wearing sneakers and baggy jeans. Though that "anti fashion" look ended up being a casual and lust worthy grungy look I continue to die over.