11 People Get Really Real About Losing Their Virginity 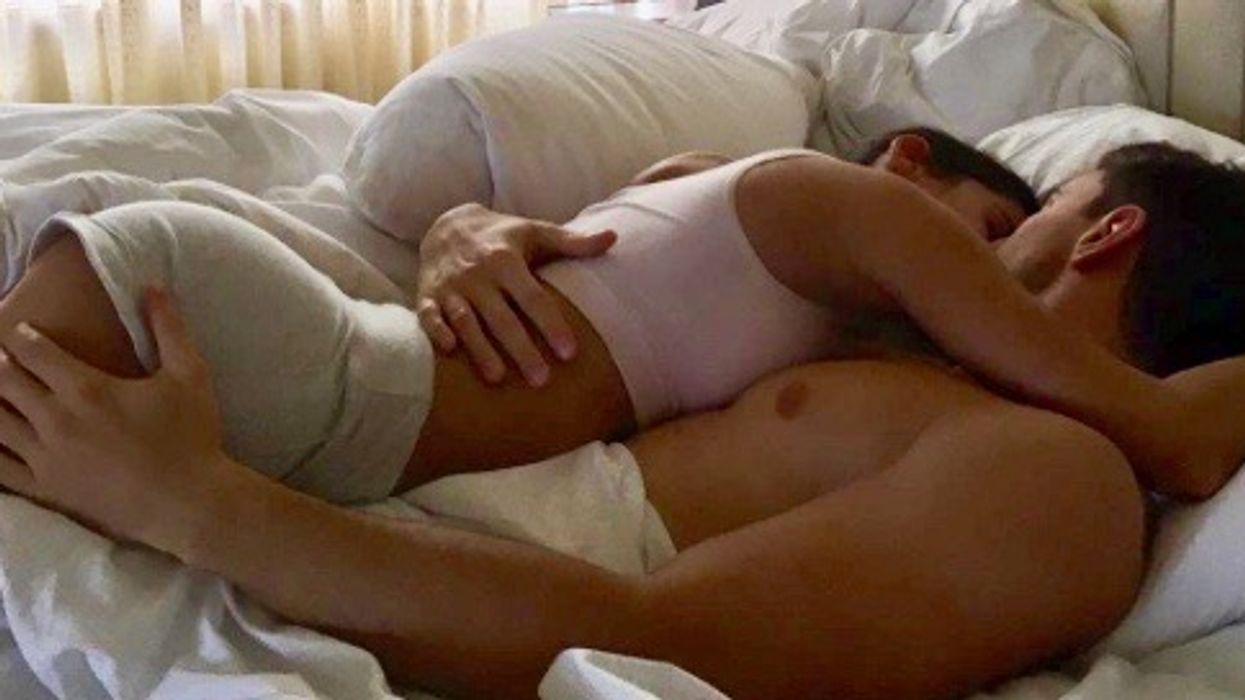 There are some days you'll never forget. A great 21st birthday, the last day of college, maybe the first date with your S/O. But one day, or even moment for some people, that's especially hard to forget is when you lose your virginity.

Whether it was wonderfully traumatic or terribly amazing, there's no way you forget this moment in time. Therefore, we crowdsourced you, the people, for all the juicy details about your first time; like how old were you, where you were, and what tf happened.

1. "My bf's parents were out of town and he had the house to himself. He planned an entire evening and picked me up from church to take me there (yes, I'm quite aware of the irony in this). Neither of us had had sex before. When we walked in, he disappeared upstairs and told me that there was scavenger hunt all through the house. Each stop had a note with a reason why he loved me, plus a little gift. There were candles everywhere. I received a ring and set of earrings, and at the last stop was a condom and a note telling me to come to the bedroom. When I walked upstairs, he was laying in his bed with candles lit and soft music playing. We shared a nervous laugh at the stereotypical set up, but in all honesty I was blown away by the sheer romance of everything I was experiencing. We ended up making love and it was one of the best evenings of my life. I couldn't have asked for a better way to lose my virginity and I've never once regretted it."

2. "Mine was pretty bad. It was freshman year, I was attending my first house party of my university career. By 12 am, I was so shitblasted that I had already broken my nose from tripping in the backyard and making no attempt whatsoever to break my fall with my arms... 2 hours ago. The details are extremely hazy, but I seem to remember sharing a cigarette on the front porch with a rather portly girl discussing the band Saves The Day. The next thing I remember, I am naked, on my knees on some rough, ratty rug in her dorm room, futily pounding away. I awoke alone on said carpet, my shirt and shoes nowhere to be found, and a pair of bloody shorts (from my nose) around my ankles, in indescribable pain from a potent mix of third degree rug burns, a busted face, and enough alcohol to drown a cat screaming to get out of my system. I never found my t-shirt and shoes, or dignity. The worst yet sort of best part of it all was that I was (and am) gay and in the closet at the time, and it was such an ordeal that it was the catalyst for me to finally accept that truth and come out to my friends and family. So yeah. It was so bad I came out of the closet."

3. "Back when I was 18 me and my girlfriend who wanted to "wait til marriage" were house sitting for one of her neighbours. One night as we were watching their tv and eating their unlimited supply of chocolate, we decided to go upstairs for an early night. She decides spontaneously that she's 'ready' and I didn't need to be told twice. Anywho, after our ~*shenanigans*~, we woke the next morning to find the room looked like we made a hit on a mobster. Blood everywhere, everywhere, EVERY-FUCKING-WHERE. The duvet, the sheets, the matress, the walls, THE FUCKING CEILING! How the fuck did it get on the ceiling?"

4. "So, I had liked this girl since I was 16. We were in a high school class together when she was a sophomore and I was a junior. We kind of dated for a bit, and then it ended. We weren't really in equal positions because I liked her alot more than she liked me, and she had other romantic interests, and I only liked her. She was my first kiss in high school. Eventually she moved to another city, but I still liked her a lot, so I turned down my first choice for University, and went to the one that was in the town she moved in, hoping I could strike things up with her again.

So, flashforward, I was a freshman in college and was thinking about her but didn't know how or when to hit her up. Oddly enoug,h I was at a restaurant one night and she was the waitress so we started talking again and hanging out. She was dating some other guys, but we started hanging out as friends. It was pretty painful to spend time with her knowing that she was sleeping with other guys and only thought of me as a friend and cuddle buddy.

By the second semester we were dating but not exclusive. One day we were fooling around, pants came off, and things got passionate enough that it happened & was pure heaven."

5. "On a Sunday night in a Jeep Wrangler with the top down in the back of the church parking lot where her dad was the pastor...I wouldn't believe me either."

6. "I was on my third date with this really awesome guy who I had really taken quite a liking to back in February 2012. We were sitting on the couch at his place, and I think he tried to make a move? Or maybe it was me. I don't know. Whatever happened prompted me to be like "we can't do that, you're not my boyfriend." To this he replies "when do I get to be?" and I'm like "HOW ABOUT NOW?" And then sex happened. Still my boyfriend, too."

7. "I was hanging out in a park with a bunch of people. Some girl asked me if I have ever had sex, responding no. She then took me to my friends van and turned my answer into a 'yes'. Shoutout that girl."

8. "I was 18, and almost done my first year of uni. I'd been soooo into this guy all year but I didn't know how to flirt so we just stayed friends all year. Until one night I was at his residence house hanging with him and his roommates and I ended up staying there all night with him even after his roommates went to bed. The sexual tension was unreal. Thank GOD he wasn't so shy and made a move and next thing I knew I was losing my virginity. It hurt like hell, but I was so happy because I was SO into him and glad I lost my virginity to someone that I cared about at the time."

9. "17, the back of my moms car. I was going to university in the fall and decided I could not go to uni a virgin. I ran into this guy I used to make out with in the back of my moms car at a party. We started chatting and he proposed we have sex. Needing to get the deed done, a few days later I picked him up, drove to the back of an elementary school, parked, we had sex in the back of my mom's car, and I drove him home. Few words were really exchanged but he told me that he was really impressed because the last girl's virginity he took didn't go as smoothly. Needless to say, uncomfortable as heck but a girl's gotta do what a girl what a girl's gotta do.

10. "I was 16. In his auntie's apartment. Started off fun and playful, nothing like when people used to tell you it's going to be this magical moment. Everything was going as I assumed it was supposed to until about 10-15 minutes in when he told me to flip over. Once I flipped over he spent a little while adjusting himself and the condom. Next thing I knew he tried to stuff it somewhere else as if at 16 I was down for that? So in leaping forwards I smacked my head on the headboard which in turn made him laugh...If the neighbours couldn't hear us before, they definitely heard that scream....and the argument that ensued along with me slamming the door on my way out. Still makes for a good drinking story so I wouldn't change a thing. Though I would go back and kick him in the ass."

11. "I was 15, fooling around with this guy at his house - he was one of my closest friends. I didn't really think anything was going to happen but sex just happened pretty naturally. We were actually getting a decent rhythm on his twin bed when his dad just swung the door right open and closed :))"