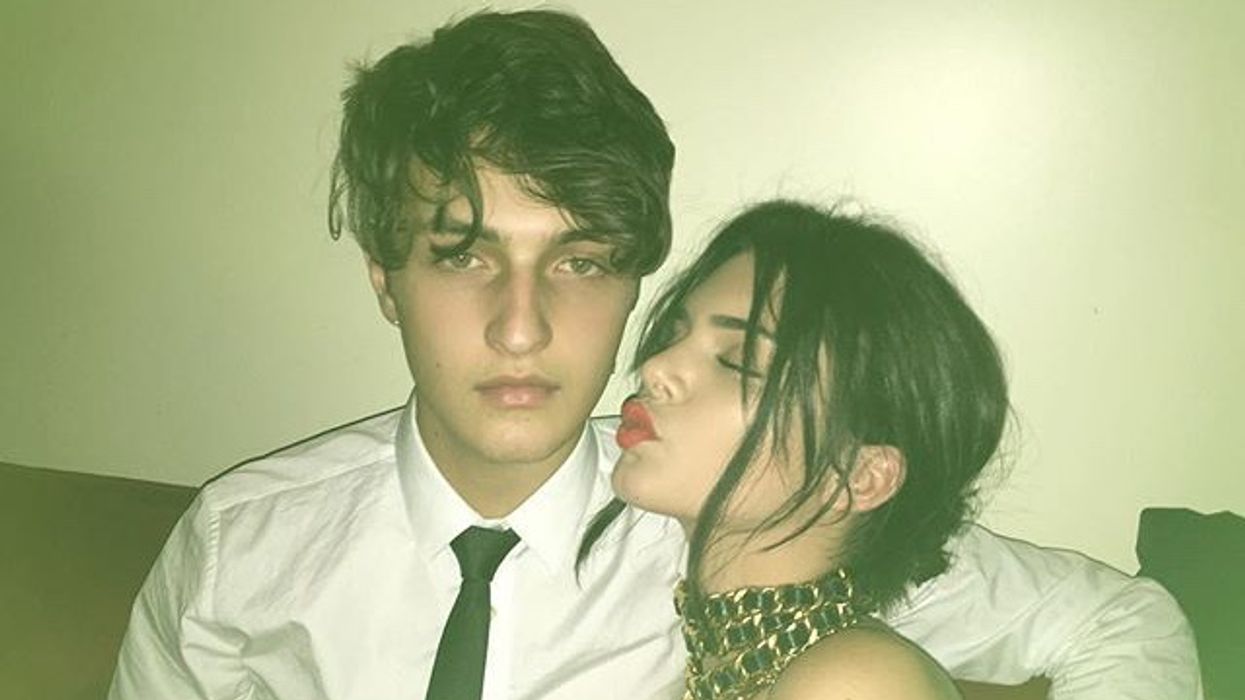 If you read celebrity gossip, odds are good that you've heard about Anwar Hadid and Kendall Jenner's mysterious hookup this week. This news comes as as shock to many people, as Jenner has been hanging out with basketball player Ben Simmons, and Hadid just ended a long term relationship.

Many people have been wondering who Anwar is, so we did the digging for you! He's the relative of many celebrities, and has been on the come up himself for quite some time! Here's everything you need to know:

That means Anwar is just 18 years old, although he definitely comes across as more mature.

2. He is baby brother to supermodels Gigi and Bella Hadid.

Anwar is the youngest of the family, but he and his sisters are super close. They're often photographed together!

On Yolanda's birthday, Anwar shared this super sweet snap with the caption "Happy birthday moms!!! Love you ta death! Your the best there ever was and im happy that you are happy and living your best life!!"

We couldn't tell you why he goes by Anwar, although it certainly is more interesting!

Following in the footsteps of Bella and Gigi, Anwar has pursued a career in modelling. With those Hadid genes, who can blame him?!

The two had been dating since December of 2016, and were VERY public about their relationship on Instagram.

7. He played football in high school.

Anwar had a fairly normal upbringing, and played for his football and soccer teams at Malibu High School.

Anwar's hands and arms are covered in interesting markings, something that's not usually as common for models!

9. He's been friends with Kendall Jenner for years.

In 2016, Jenner shared this snap of the two of them with the caption "dibs?". People are speculating whether they've been hooking up for awhile or not.

Just like his mother, and sister Bella, Anwar has been diagnosed with Lyme disease. Yolanda is very passionate about finding a cure, and doesn't want to see her children suffer.

11. He was named the face of Hugo Boss Menswear.

Back in 2017, Anwar was named the face of the HUGO line. He also walked NY Fashion Week for Zadig and Voltaire that year.