Who else can say they met the First Lady as a baby? 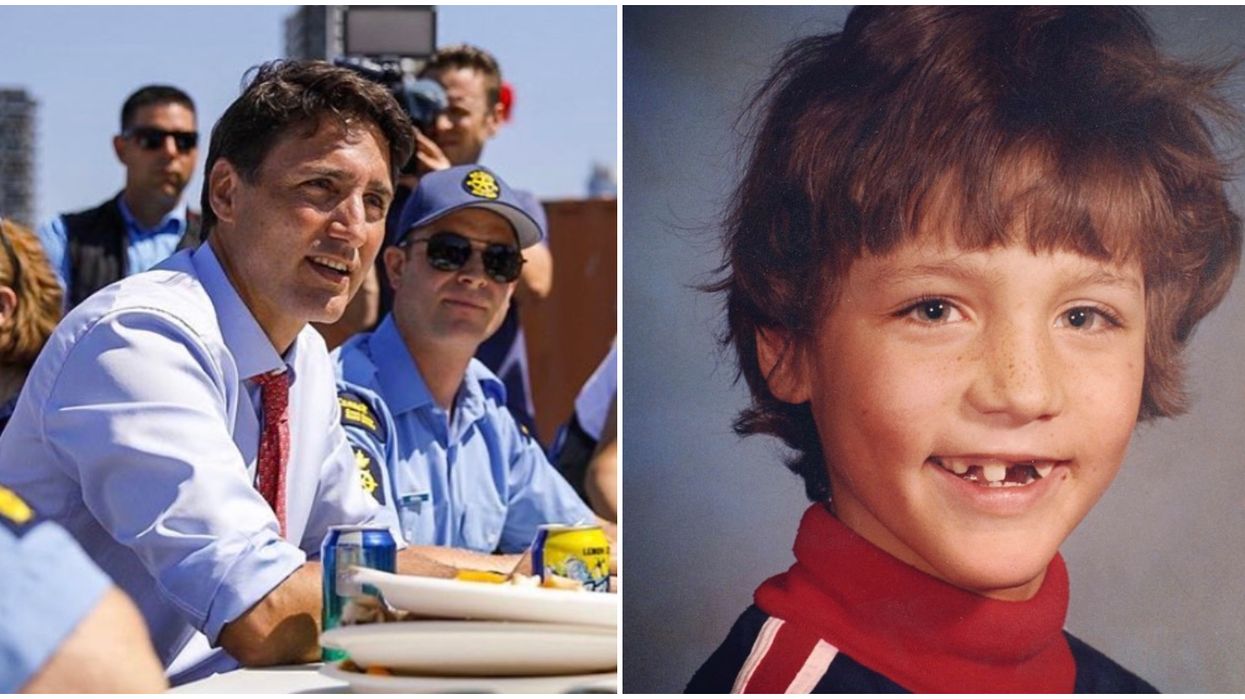 Justin Trudeau is instantly recognizable to most Canadians. After all, he's in the news often enough that almost anyone could see his face at any given time. While most of us only picture how he looks now, there are plenty of young Justin Trudeau photos out there, ones that show the Prime Minister has changed as much as any of us have over time.

While he may be the leader of an entire country, Justin Trudeau has had his fair share of awkward childhood photos, pictures from his teenage years, and even some from his time as a teacher. We've picked out eleven of the best photos of a young Justin Trudeau!

Baby in a backpack

Here we see Justin with his famous Dad, Pierre, carrying him around on his back. Not a bad way to get around!

Reading a book with mom

This photo from 1976 shows a tiny little Justin Trudeau reading a book with his Mom, Margaret. Even then, he was trying to stay on top of things!

Check out that grin!

This one is a major throwback to those old school days of posing in front of a backdrop and trying your best to look nice. Justin Trudeau had obviously lost some teeth around this time, but are anyone's school photos that flattering? We think not.

Taking a photo with mom and the bros

Justin Trudeau posted this photo for Mother's Day, and it's clear where he gets his smile from. His brothers don't seem all that much into it, but what kid wants to pose for photos?

Showing off that Montreal fandom

As Trudeau got older, he started to look more like how Canadians picture him now. Of course, when he was younger he preferred to wear his hair a bit longer. Nothing wrong with that!

Trying to blend in with the adults

What kid likes to wear a suit? Apparently Justin Trudeau was at least willing to get dressed up if he was heading out to a formal event. He's not actually doing a bad job of blending in in this 1982 photo!

Prior to getting into politics, Justin Trudeau was a teacher, and in this throwback photo, you can see how much he's changed since stepping into the national spotlight. For one thing, he lost the glasses.

Justin Trudeau's brother, Michel, tragically passed away in 1998, but he is fondly remembered by his family. He is pictured here with Justin.

Being held by a First Lady

All of us got held as a baby, but not all of us were ever in the arms of a former First Lady. Here, baby Justin finds himself being cradled by Pat Nixon, wife of Richard Nixon, in 1972.

Another adorable baby photo of Justin Trudeau, along with his parents Pierre and Margaret.

If there are two things that can really remind people of spending summers at the cottage, it's sunshine and wearing a life jacket. In this photo, we get Justin Trudeau with both.