These are the games you don't want to miss. 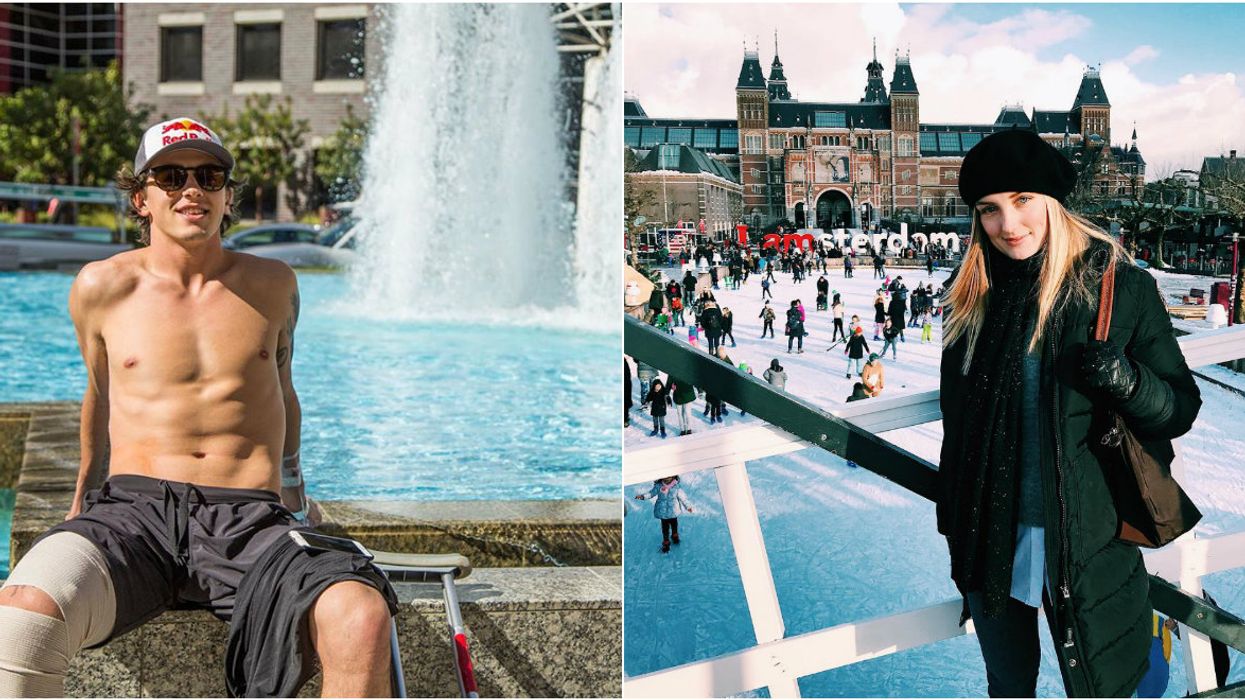 With the Olympic opening ceremony having officially come to a close this morning, it marks the start of the 2018 Olympic games.  This year, Canada has sent its largest group of athletes ever, with 225 qualifiers in attendance. The hope is obviously to bring home as many metal wins as we possibly can.

While every athlete in each sport is definitely worth watching, there are a choice few who you have to make sure you set an alarm for to catch their performances. And no worries if you know nothing about sports, these athletes are so talented that even if you aren't 100% sure what is happening you can still totally appreciate the talent and finesse in what they're doing.

So in no particular order, here are 12 Canadian athletes you have to watch this Olympic Winter games. About: 23 years old, Justine has already competed in 2 Olympic Games (Sochi and now PyeongChang) and brought home a 1 Gold in 2014 for mougles. She has already made Olympic history in Sochi, when she and her older sister Chloé finished 1st and 2nd in mougles. Becoming the third set of sisters to ever win gold and silver in the same Winter Olympic event. About: Time Magazine called Mikaël maybe "the most dominant winter sports athlete in the world today". The moguls skier hadn’t lost a World Cup race in almost a year, with 48 World Cup moguls wins under his belt. Mikaël already holds the record for most career wins in moguls and dual moguls combined. About: Only 16 years old, this is Eliot's first Olympic games. At 15 years old he began competing on the Nor-Am Cup circuit and already has seen two podium wins. He's definitely someone to watch About: Just 16 years old, she is one of the youngest athletes representing Canada in the PyeongChang Winter games. In 2017 she made her debut at the FIS World Championships and walked out as the top-ranked Canadian halfpiper, male or female, with her 14th place finish. About: The pair have competition in Vancouver, Sochi, and now PyeongChang and had one of their best seasons ever in 2016-17/. They went undefeated into their third career world title. They are no strangers to standing on the Olympic podium and there are high hopes around them in the PyeongChang games. About: Ivanie made her Olympic debut at Sochi in 2014 just four years after switching from short track to to the long track. Since then she has gone on to become a three-time medallist at the ISU World Single Distances Championships. About: Having competed in 3 Olympics (Vancouver, Sochi, PyeongChang) and having won an Olympic silver medal in Sochi, Chloe is no stranger to competing on a global stage. She is one of three moguls skiing sisters, and the first to compete at any Olympic Game. About: An Olympic veteran, Marie-Philip has already helped bring home 2 gold medal wins for the Canadian Women's Hockey team. In Sochi she was Canada’s leading scorer with three goals and two assists and was the youngest member of the team that won gold at Vancouver 2010. About: At The Sochi 2014 Olympics, Marielle won each of her eighth-final, quarterfinal, and semi final heats, and defeated her teammate Kelsey Serwa in the Big Final for Canada’s third 1st and 2nd win. About: He's been called a snowboard prodigy. At Sochi 2014, he won bronze in the Olympic debut of snowboard slopestyle for Canada’s first medal of the Games. That came just two weeks after he broke a rib while competing elsewhere. He's definitely proved that he's tough enough to bring home a big win for Canada.