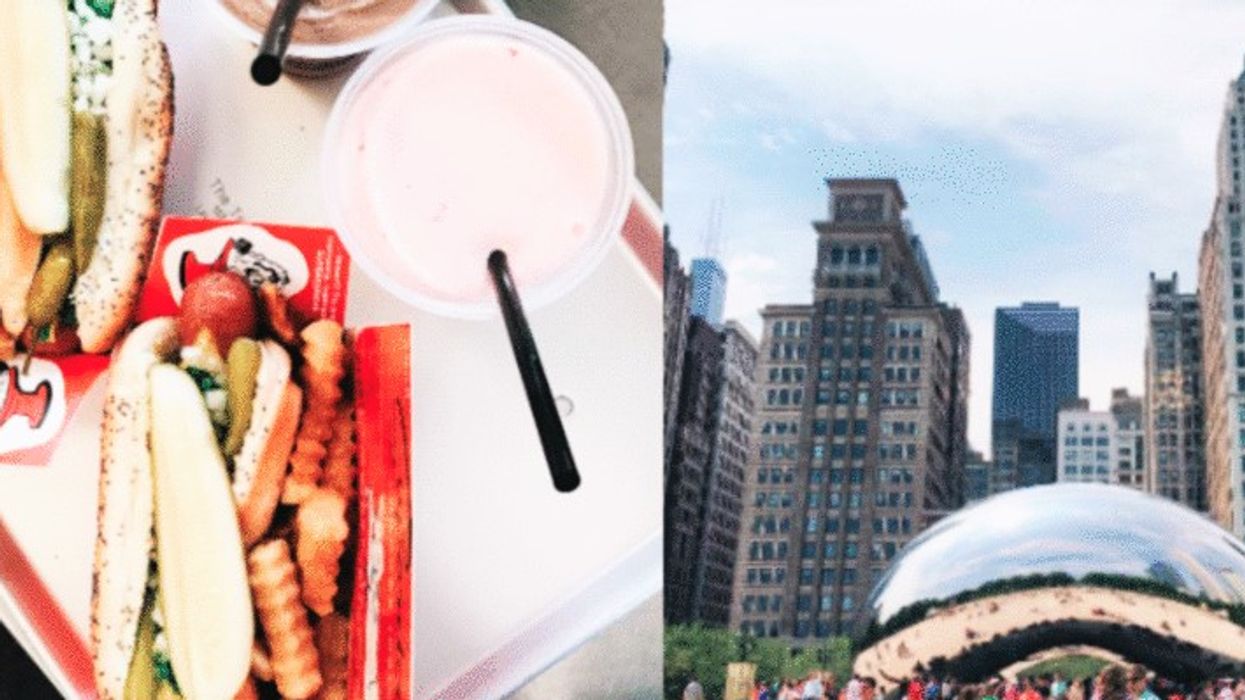 Chi-city! Some of us overlook this epic city in favour of NYC or LA, but Chicago is a totally unique city in the American Midwest that everyone should visit at least once.

READ ALSO: Here Is The Beautiful Hotel In Morocco Everyone Instagrams

If it's your first trip or perhaps you've already been a few times, be sure to check out this list of fun, unique and totally typical things you GOTTA do in Chicago:

1.  Try deep dish pizza and then try it again.

Did you even go to Chicago if you didn't have deep dish za? Lou's, Giordano's, Pequod's. Wherever you choose, they will ALL be good.

2. Hit up the Wrigley Field for the All-American baseball game.

This iconic stadium should be on everyone's Chi-town bucket list.

3. Take a selfie in 'The Bean' and explore the rest of Millennium Park.

Did you know the official name is actually 'Cloud Gate'? We'll stick to calling it 'The Bean' though...

4.  Admire the skyline from Montrose Point

Giving the New York skyline a run for it's money!

Jazz and Chicago are basically synonyms. This spot was also said to be Al Capone's favourite hang out.

6. Indulge yourself with the World’s Largest Sundae

Margie’s Candies, open since 1921, has served everyone from Capone to the Rolling Stones, and is still doing its part to fatten up Chicago with the half gallon monster they call the World’s Largest Sundae.

For something truly unique, head here.

8. Spend four days dancing your face off at Lollapalooza

This jam-packed music festival happens every year first weekend of August in Chicago's historic Grant Park with this year's big acts including Chance the Rapper, The Killers and Blinkg 182.

9. Grab a famous hot dog at the Superdawg drive-in

An iconic food everyone needs to try on their visit to Chicago.

Aside from the endless amount of stores, the Magnificent Mile hosts some of the most stunning architecture in the city.

11. Head to Master Chef managed restaurants, 'The Girl And The Goat'

See what the former Master Chef winner is up to at her UNREAL restaurant that has an eclectic and imaginative menu.

12. Get cultured at the Art Institute Of Chicago

Known as one of the biggest and most impressive art museums in the US, it's definitely worth a visit.

13. Check out the Navy Pier and stroll along the waterfront.

While a beautiful past time in the summer, we don't recommend doing this in the winter because it will bring a whole new meaning to 'the Windy City'.