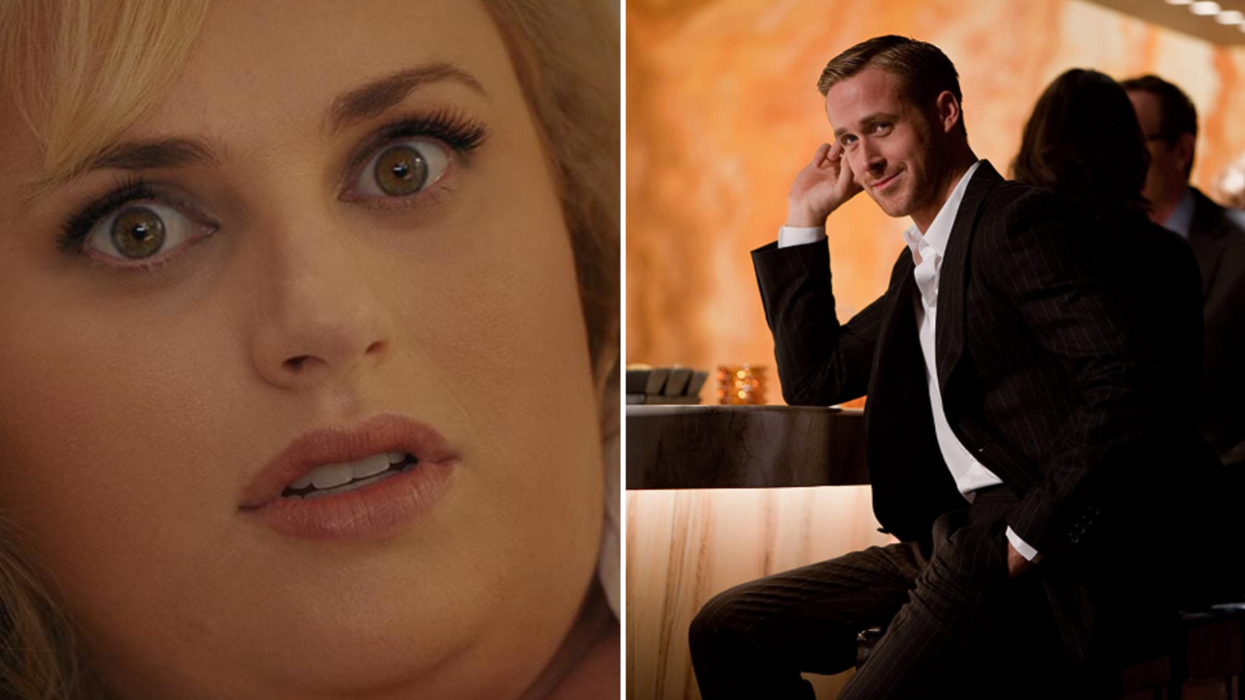 Last week, everyone's favorite two-day delivery service announced that it had teamed up with everyone's favorite schmancy network to offer programming normally reserved for people who have cable — or their parents' passwords. That's right, Amazon and HBO have partnered to deliver 30 new movie titles via streaming to everyone.

But we know you're busy, busy people — you have sourdough to bake, after all! So we saved you the trouble of having to scroll through the titles yourself.

These 16 movies from HBO on Amazon run the gamut of original documentaries, family-friendly animated features, classic rom-coms, and even modern thrillers.

So literally, something for the whole family — even the ones that have run through their whole Netflix queue.

The iconic Apollo theater opened at the height of the Harlem Renaissance in 1934 and literally set the stage for the revolutionary Civil Rights movement. Roger Ross Williams' original HBO doc splices archival footage with contemporary interviews to create a full history of how Showtime at the Apollo came to be synonymous with black culture.

The death of the American roller skating rink may not seem like the top priority on our list of things we need to worry about these days. But directors Tina Brown and Dyana Winkler reveal an underground African-American subculture of roller skaters and ties them to one of the earliest birthplaces of hip-hop. Suddenly, all we want to do is lace up and go for one last round on the rink.

I Love You, Now Die: The Commonwealth v. Michelle Carter

Erin Lee Carr is one of the best true crime documentarians out there (and that's saying something, considering today's competition), and she's found another captivating subject in Michelle Carter, who was convicted at 17 of compelling her boyfriend Conrad Roy to commit suicide over text messages. The host of mitigating circumstances surrounding both the couple and the timeline of his death, however, makes this case anything but clearcut.

The Inventor: Out for Blood in Silicon Valley

An HBO original documentary by Alex Gibney (Going Clear) about Silicon Valley con artist Elizabeth Holmes. The baritone-blond founder of Theranos, a multibillion-dollar startup for bogus blood-testing biotech. Despite her lack of medical background, Holmes managed to score Henry Kissinger as a board member, an exclusive contract for on-site testing at Walgreen's, and a Fortune cover story before she was revealed to be a fraud.

No, not the 2011 version with lanky British weird guy Russell Brand traipsing around New York as an eccentric millionaire about to lose his inheritance if he doesn't get married to a posh heiress. That was actually based on this far superior 1981 film, starring Liza Minnelli and Dudley Moore, a shorter but equally weird British comedian with a donkey's bray of a laugh.

Arthur 2: On The Rocks

A follow-up to the plight of the poor (very) little rich man, in which Dudley Moore reprises his role as the walking embodiment of white male privilege. Forced to find a job after losing his inheritance, the (literally) poor Arthur also now must face the consequences after his severe alcoholism puts him and Liza's adoption status in jeopardy. Comedy abounds?

Blinded By The Light

I'd be very surprised if last year's breakout coming-of-age flick by Gurinder Chadha doesn't turn up as a Broadway jukebox musical at some point in the near future. It's based on the experiences of co-writer and journalist Sarfraz Manzoor, who — as a British-Pakistani Muslim teenager — discovered a formative passion for Bruce Springsteen and despite parental objections traveled to America to see the Boss live. It's the definition of a feel-good film.

The Bridges Of Madison County

Don't sleep on this title just because it's your mom's favorite film: 1995 Clint Eastwood + Meryl Streep = a pretty steamy love affair that also garnered the actress an Academy Award nomination. An Italian war bride and a photographer meet while her family is at a state fair, have four passionate days together, and — well, I won't spoil the ending for you, but it's a tearjerker.

Real talk? This movie made much better use of Ryan Gosling and Emma Stone than La La Land (he gives her the Dirty Dancing lift! Come on!) It's also pee-yourself funny — which is rare enough for a rom-com — with fantastic writing and an all-star cast including Steve Carrell and Marissa Tomei. Definitely one of the top 10 romantic comedies of all time.

At once a spoof and a love letter to the genre, Isn't It Romantic stars Rebel Wilson as a woman who wakes up from a head injury to find herself trapped in a romantic comedy. Consider it a spiritual sequel to John Candy's Delirious, a '90s comedy with a similar premise but for soap operas, and minus Chris Hemsworth and Adam DeVine.

The LEGO Movie 2: The Second Part is a ridiculously-titled sequel to a 90-minute toy commercial that surprised everyone by being everything totally awesome. Despite a turbulent production, it manages to charm by reuniting audiences with the all-star lineup of Bricksburg citizens, including Chris Pratt, Elizabeth Banks, Will Arnett, Charlie Day, Alison Brie, Nick Offerman, and Will Ferrell.

Nancy Drew And The Hidden Staircase

Do you love newcomer Sophia Lillis, but need a palate cleanser after watching her breakout roles in It and Sharp Objects? Nancy Drew and the Hidden Staircase has your back, in this cute and quirky tale of the young female sleuth who teams up with the local mean girl to solve a case with (relatively) low-stakes and body count.

There have been so many takes on the Peter Pan/Captain Hook legacy that the story should be old hat by now. But this prequel to the Darling family saga reimagines Peter's origins as leader of the Lost Boys after being kidnapped to Neverland and befriending a "James Hook" as they try to escape the clutches of a fabulously-attired pirate played by Hugh Jackman.

Writer/director Jeff Nichols' very literal take on the "midnight cult movie" in a sci-fi tear-jerker about a father (Michael Shannon) and his supernaturally gifted son (Jaeden Martell) on the run from a religious cult. If that wasn't enough to pique your interest, the cast is stacked with powerhouses like Joel Edgerton, Kirsten Dunst and Adam Driver.

If you don't have a warm and fuzzy pet to keep you company as you stave off cabin fever, then watching a movie about one is the next best thing. My Dog Skip has Harry Connick Jr. (your mom knows who that is) narrating the adventures of one good dogger in World War II's Mississippi and is guaranteed to have you reaching for tissues — or kibble.

Some critics may argue that we didn't need a Pokémon Extended Universe, as Ryan Reynolds is already the entire Deadpool franchise. But come on guys, can we ever really have too much Reynolds, especially when he's a tiny, fuzzy wittle-bitty Detective Pikachu?