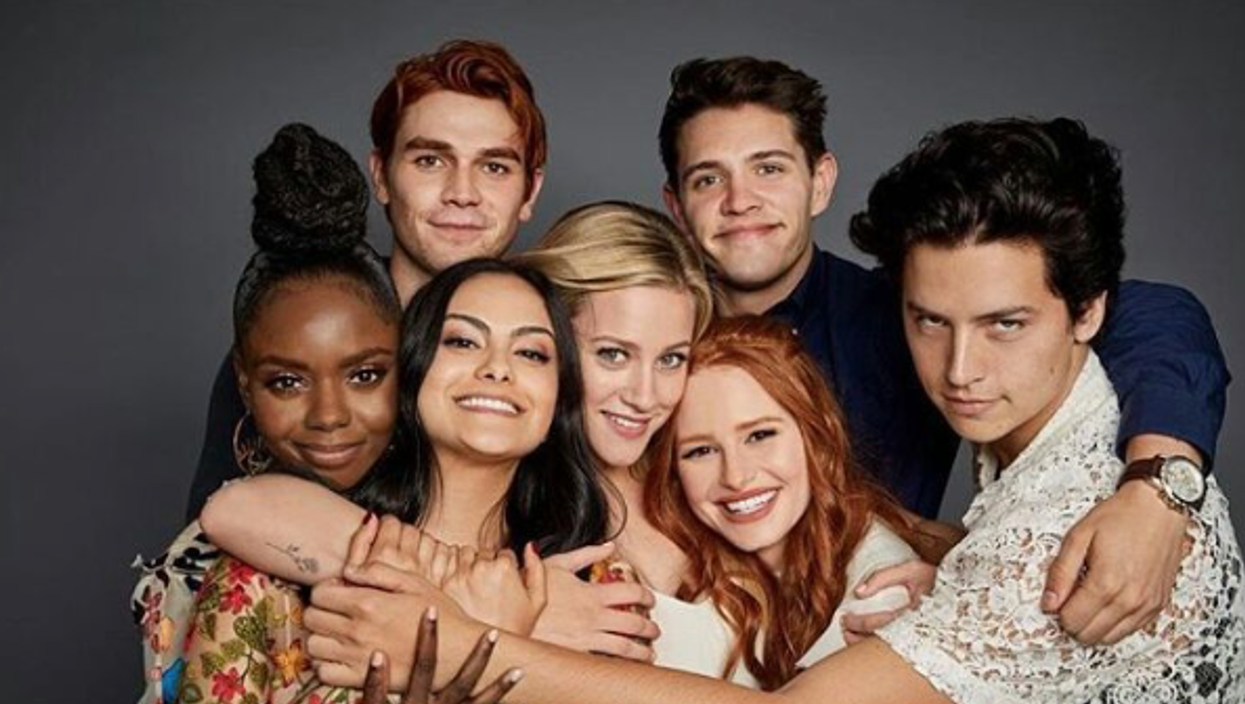 The cast of the CW's Riverdale sat down for a chat with Comic-Con where they spilled tons of amazing details about what fans can expect for the new season, coming October 11th.

READ MORE: 21 "Riverdale" Behind The Scenes Pics To Get You Psyched For Season 2

WATCH OUT because Jason's murderer SPOILERS are to follow. You have been WARNED.

1. We will find out by the end of the season 2 premiere whether or not Fred Andrews has kicked the bucket.

At the end of season 1, we all let out a gasp as Archie's dad, Fred, got a gunshot wound to the chest. In the season 2 trailer, Archie is seen dragging Fred to the hospital, so it's clear he didn't die upon getting shot. We'll also probably find out whether or not this attack was a "hit" or not.

2. Archie is going to get less "all-American" and more "American Psycho"

Ok, maybe our favourite red-head isn't going to go full Patrick Bateman yet but he is going to get a lot darker come the new season.

3. With Archie being emotionally s-t-r-e-s-s-e-d, Veronica is going to step up to the plate in a major way

4. Veronica's dad, Hiram, is back in action and Lodge Industries. Daddy's little girl might want to get in on the family business.

Because who knows what kind of secrets Lodge Industries is hiding? Veronica needs answers and she needs them now.

5. Betty is going to need some emotional TLC

"Last season we saw some dark Betty, but this season it's more like tortured soul Betty," Lily Reinhart aka Betty irl said.

6. Jughead's mom and sister, Jellybean, might be in the later half of season 2

But casting is taking their time and wants the perfect fit.

7. Jughead's going to be wrapped up in the Serpents more than ever before

Which is going to cause huge problems with his squeaky clean Riverdale gang. That leather jacket has some serious repercussions.

8. A new bisexual character will be joining the gang

As Toni shows Jughead the ropes of the Southside, Betty is sure to get jealous of this cute new girl swooping in.

10. Kevin Keller is set to get a new love interest

Since Joaquin was more snake than a serpent in the end.

11. New Reggie is here, hot, and might be dating one of the Pussy Cats.

Damn Reg, okay, we see you.

12. We'll get a visit from one of Veronica's ex-boyfriends, Nick St. Clair, who is sure to ruffle more than a few feathers.

13. The presence of Nick alone is going to make Veronica "ten times darker than dark Betty"

Which scares and intrigues us.

14. Cheryl will get colder and meaner

In case you didn't think that was possible. Turns out, it is!!

15. The cast didn't confirm or deny whether or not supernatural beings would come into play

Which is a low-key confirmation, duh.

16. Riverdale creator DID say they'd been thinking about mixing in "one prominent supernatural character"

Who was in the comics with Archie & Co? Sabrina. The. Teenage. Witch!!!!

Safe to say we are more psyched about Riverdale than ever before with some torturous Archie-free months to endure before the new season.

To hold you over until October, we've included this adorable blooper real from Riverdale's finest.