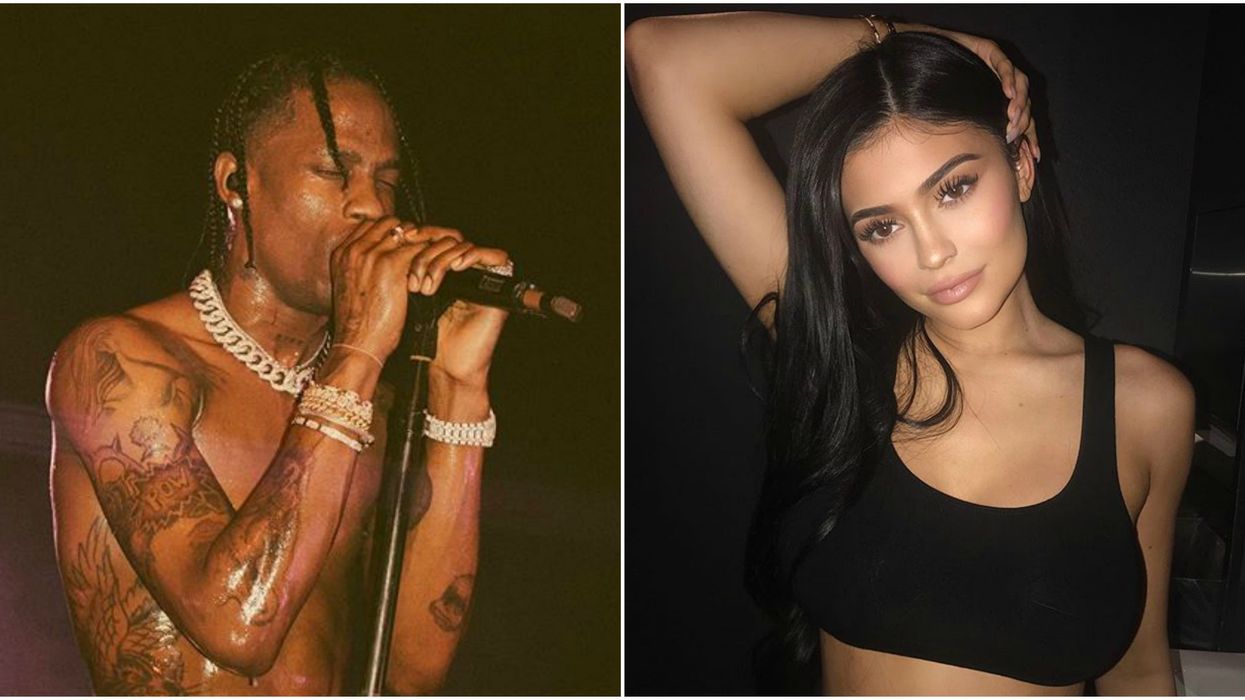 If you don't know much about Kylie Jenner's baby daddy, you're not alone. You may have completely forgotten about her most recent bae because she's been completely M.I.A from every form of social media. But now that she has officially confirmed baby Stormi has been born and that she's finally back on Snapchat, we can finally get excited about her baby daddy, Travis Scott.

After Kylie fell off the face of the Earth last year, there was radio silence from both her and Travis Scott regarding their relationship. But now that we know they are actually together, that they were actually pregnant, and yes, that they actually gave birth to a little baby girl - we can now officially start investigating on who Travis Scott really is.

Here are some things you may not know about Kylie Jenner's lowkey boo. @kyliesnapchatembedded via 3. He sent Kylie 443 roses to signify the exact time (4:43 pm) their daughter was born!

4. His real name is Jacques Webster.

5. You may think he's new on the music scene, but he has actually released three albums to date. 6. He's a Nirvana fan (at least he better be if he's wearing that shirt). 8. He encourages the crowd to get wild at his concerts. 10. Since he dropped "Butterfly Effect" last year, rumours have been swirling this may be their daughter's name.

11. He attended the University Of Texas before dropping out to fulfil his music career.

12. Travis has stayed at Kanye West's home while working on music. @travisscottembedded via
14. He hangs out with Bill Clinton. @travisscottembedded via
15. ... and Martha Stewart?