17 Canadian Slang Phrases That Only True Canucks Will Understand

Just out for a rip are ya, bud? 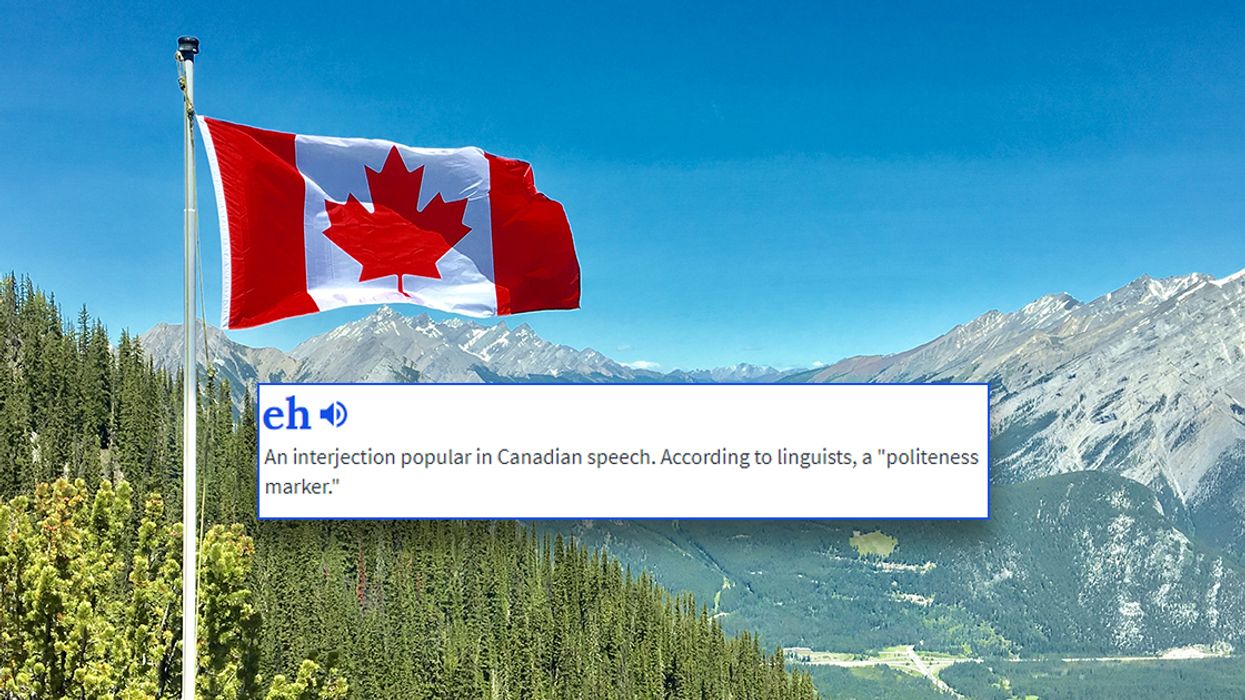 To most people around the world, the Canadian accent may sound like a subtle variation of the American accent, but it does, in fact, exist. As a special tribute to our national accent, we compiled a list of the most glorious Canadian slang 2019 phrases. According to the BBC, our accent is hard to identify because of how our country was formed. What do you get when you cross 45,000 British loyalists with 100,000 thousand U.S. deserters? Apparently, you get an accent that pronounces the word "about" as "aboot".

Canada’s way of speaking has changed over the last 152 years, but for the most part, it has stayed remarkably consistent. It’s our wonderfully unusual accent and true north culture that has given us a variety of colourful phrases that only truly Canucks will understand. Like these ones!

I'll admit that I'm so Canadian that I didn't think this was a strictly northern thing. I thought everyone in the world call 24-packs of Molson Canadian two-fours. They don't, but they should.

If you and your buds are out on the town having a good time, you're "out for a rip" by Canadian standards.

You better go 100%. Some moments in life are meant for just kicking it and relaxing. Other times, you've gotta "giv'er".

This is what Canadians call a 375 ml bottle of alcohol, usually rum. As in "I'll just grab a Mickey, I have work tomorrow."

If you rock flannel every day of your life, you might be a Canadian redneck, which we call "hosers".

This one is more of a pronunciation-oriented slang word. "Herd" is how real Canucks pronounce the word "hard". As in, "I'm going herd tonight, guys!" Which, to anyone besides us probably makes no sense, but hey, that's just the Canadian way.

How we started calling cigarettes darts is one of the great unsolved mysteries of the true north. If you're not from around these parts and someone asks for a dart, they don't mean to throw they mean to smoke.

If you're a Canadian lightweight, you might opt-out of a "two-four" and go with a "suitcase" which is a 12-pack of beer.

A t-shirt. If you're a young man and you never hit the gym, chances are you're going keep your tarp on when you hit the beach this summer.

If you're diet consists of poutine and Coors light, you're bound to develop a nice boiler. If someone says you "got a boiler on ya" they are talking about your gut.

Turn left. As in "so, what you want to do is go north a ways and then hang a Larry at the stop sign."

See number 11. I'm pretty sure you'll figure this one out on your own.

When you call someone a "bud" or "buddy" in Canada, that person could literally be your best friend or a total stranger. They're still your "bud".

If you got beef with someone in Canada, you don't talk smack to them, you chirp them. As in "They kept chirping, so I fed them the ole' right-left, bud. "

If you're growing out your hair, a.k.a. rocking a hockey player 'do in Canada, chances are someone has complimented you on your "flow" before.

There are good mustaches, and then there are "dusters."

This phrase was created deep within the locker rooms of Canada's junior hockey teams. It usually refers to the absolute rager you are going to throw after the game. It can also be used to refer to things that get out of control.