Early birds and night owls are in for a real treat. 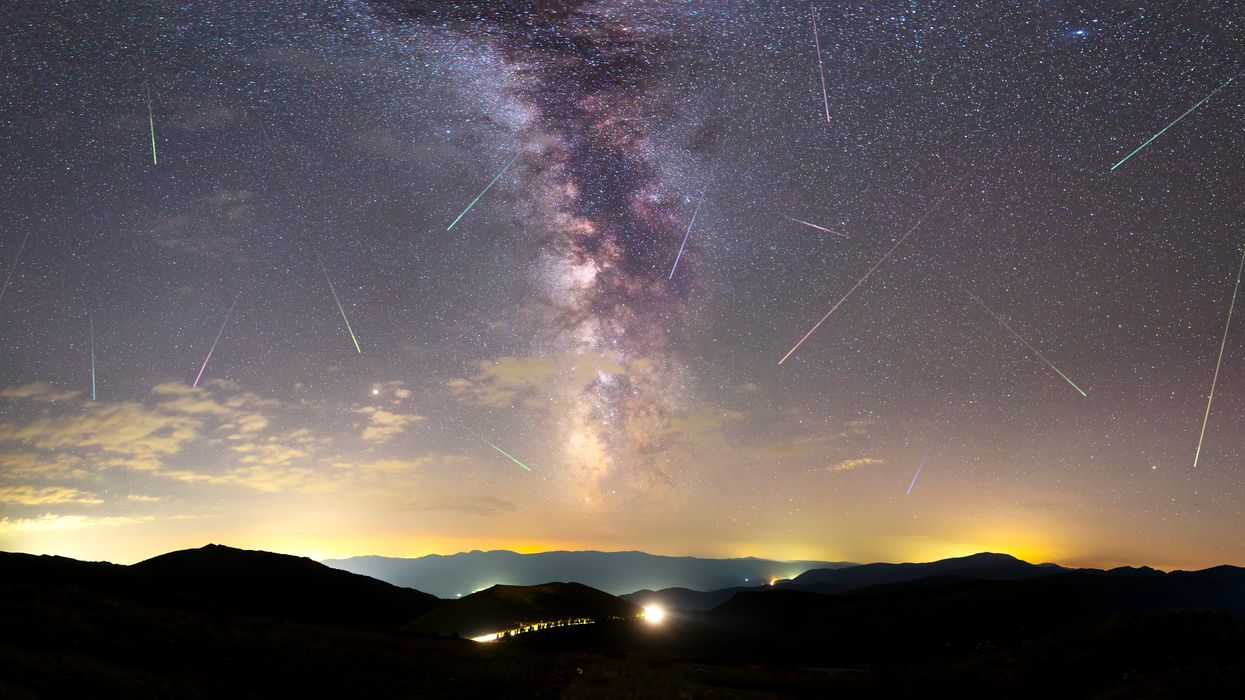 To say we’re excited about this upcoming wonder of the earth is a serious understatement. More specifically, the 2019 Perseid meteor shower will be gracing the skies of B.C. and Alberta and we want you to have the best view possible.

First and foremost, we’ll give you the scoop on what this epic meteor shower is all about. For starters, the epic Perseid meteor shower comes around every year in August. It happens when the Earth enters into the wake of the Swift-Tuttle comet.

This year, the shower will peak on the night of Monday, Aug. 12, according to a report released by NASA. Though NASA refers to the Perseid meteor shower as one of the best of the year, they explain that this year’s shower “has the unfortunate circumstance of having a full Moon right at the shower peak, reducing the meteor rates from over 60 per hour down to 15-20 per hour.”

Though the shower will be smaller than years past, it’s still a total must-see. A shower is a shower, right? What's a few less meters between friends?

“The Perseids are rich in bright meteors and fireballs, so it will still be worth going out in the early morning to catch some of nature’s fireworks,” said NASA.

You’re probably wondering how to feast your eyes on “nature’s fireworks.” Not to worry, We’ve got the answers. First, you must ask yourself, are you an early bird or a night owl? Because you’re going to need to plan to wake up early or stay up late, so suit yourself. “The Perseids are best seen between about 2 a.m. your local time and dawn,” NASA explained.

Make plans to hit those dark hours on the nights of Aug. 11 to 12 and Aug. 12 to 13. As for your viewing window, you’ll have about an hour of dark sky after 3 a.m. on Aug. 11 and only a few minutes of pure darkness on the night of Aug. 12. Though the window is smaller on the second night, it’s worth it because that’s when the shower is at its peak.

If you can’t keep your eyes open into the wee hours of the morning, you’re not alone. If you head out after 9 p.m. once darkness falls, you should be able to see Perseids, just not to the extent that you could if you stuck it out longer.

If weather isn’t optimal, you can view a live broadcast of the meteor shower on the NASA Meteor Watch Facebook starting at 8 p.m. EST. “Meteor videos recorded by the NASA All Sky Fireball Network are also available each morning; to identify Perseids in these videos, look for events labeled ‘PER,’” said NASA.

The Perseids meteor shower is best viewed away from lights and clouds (if possible). All you need to do is lay on your back, open your eyes, and look up! NASA explains that telescopes and binoculars are not recommended. The meteors can be seen all over the sky, so don’t you worry about which way to look.

NASA added a PSA "Pro tip:  Remember to let your eyes become adjusted to the dark (it takes about 30 minutes) – you’ll see more meteors that way. Try to stay off of your phone too, as looking at devices with bright screens will negatively affect your night vision and hence reduce the number of meteors you see!”

As for B.C. and Alberta, here are some hot-spots for your viewing pleasure.

If you can get to a park or location that doesn't have too many streetlights or city lights, you’re all set. That’s all you need to know! Catch you in the wee hours in a few days.