25 Movies Every Girl Should Watch Before She Turns 25

We're grown up but we still have so much to learn. 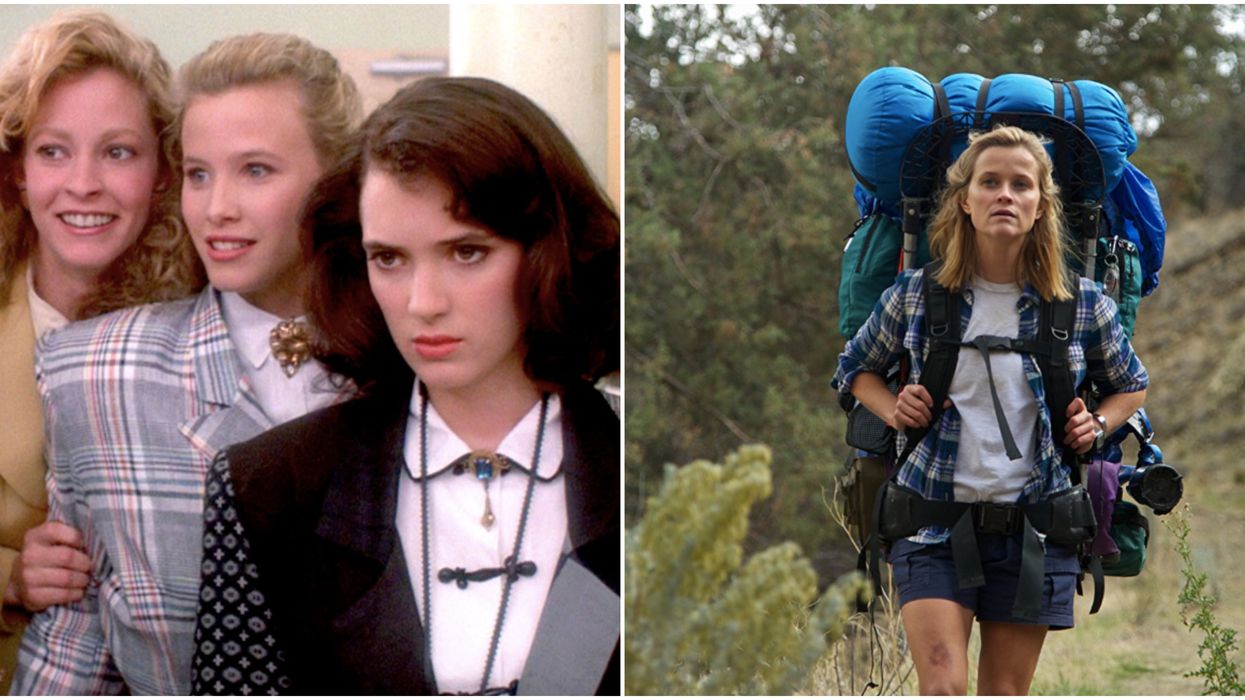 As young women we have a whole lot still to learn about life, love, careers and friendship. Whether you're going through puberty, struggling to get through high school, just entering the workforce or trying to navigate the dating world it can be hard to know how to get through it all.

While there may never be one simple answer to all of our problem's in life, it's always nice to know that we're not in it alone. Watching movies is a great way to find something we can relate to and inspire us in our daily lives.

Honestly, being a woman is really tough almost all the time but the movies on this list are here for you. Watch them, enjoy them and maybe learn something at the same time!

This is THE coming of age movie every pre-teen girl absolutely needs to watch, and re-watch again and again. Being a teenager and female is like navigating your way out of the woods blindfolded. This movie sheds some light on that in a super humorous way and makes young girls feel like they're not alone with their totally weird and confusing feelings/thoughts.

10 Things I Hate About You

This movie is all about the struggle of high school and trying to fit with your peers. It also gives a look into the complicated life of dating in high school which can be incredibly difficult. This movie is one of the classics and Kat Stratford should is the perfect role model for girls to look up to!

Slut shaming is still alive and well today which makes this movie still incredibly relevant. High school and labels go hand-in-hand like PB&J and one mistake or poor decision can follow you around for those 4 long years. Emma Stone is honestly hilarious in this movie and it really helped to start the conversation on this kind of culture in high schools.

This movie is all about chasing your dreams and creating your own path in life which is really inspiring for any girl/woman growing up. At this age we're just trying to figure things out and this movie is super inspiring.

I've already watched this movie a few times because I think it's seriously amazing. Abortion is still a tricky subject in our world and people always have their own opinions on it but every woman should know that they have the right to choose and this movie is a great resource for anyone struggling with this. It also centres around comedy which is always a great thing.

Reese Witherspoon in Legally Blonde should always be an inspiration to any young girl at any age. She got her heart broken by a dumb guy but instead of letting that break her she decided to show him that she was actually way smarter, talented and a better person than he would ever be. It takes that 'dumb blonde' stereotype and completely destroys it!

She's Gotta Have It

The original "She's Gotta Have It" movie was released in 1986 but Netflix recently released a TV Series remake of the hit, inspirational movie. Young Brooklyn native Nola Darling is dating a few different guys and she can't decide which one she wants to be with, instead of deciding, like society would expect her to do, she continues to date all 3 of them!

As young women about to enter the workforce or starting their entry-level jobs, this movie is gold. It's hard to navigate for anyone, but especially for young women who are instinctively taught to act submissive even when they should be standing up for themselves.

This movie definitely isn't the easiest to watch, but everyone should watch it once. This movie follows an overweight, abused and illiterate teen named Precious who is almost bound to her terrible life but tries to change it by attending an alternative school.

This is probably one of my all-time favourite movies, which sounds pretty weird but just watch it and see. It really hits the 'isolated teen life' right on the head and is relatable to a lot of people. Everyone generally tries to shy away from the subject of suicide but this movie tackles it head on and is done in such a beautiful way.

Everyone struggles in life, that's why this movie is so relatable. Even the most talented person still has to work their a$$ off to get to the place they want to be and reach their success. The best part about this movie is that it's a completely true story!

This movie is definitely hard to watch but incredibly inspirational if you do. An African-American woman living in the South suffers horrible abuse from her father as well as the man he marries her off to. This tale spans 40 years of her life as she hopes to one day be reunited with her sister in Africa.

Definitely don't go out and become a full-fledged psychopath like Amy Dunn but the message behind it is pretty inspiring. Amy plays the 'cool girl' for too long and ends up snapping but she doesn't let her parents or her husband change her into something she doesn't want to be.

A classic Winona Ryder film that literally everyone needs to watch, any age or gender. Veronica is friends with a group of girls all named Heather who are basically the mean girls of the school. Veronica doesn't want to be like them but this movie takes a hilarious and dark turn with a murder and suicide spree.

Another true story that provides an inspirational movie for young girls, struggling addicts and anyone wanting to make a major change in their lives. It follows Reese Witherspoon as she hikes over 1000 miles in order to find out who she truly is.

Julia Roberts stars in the romantic comedy that doesn't end with the typical fairy tale. It follows Robert's character who finds out her best friend is engaged and realizes she's in love with him. She sets out to ruin the wedding and tell him how she really feels but in the end allows him to live a happily married life and she decides to move on.

Everyone knows and loves the brand Chanel but you should definitely watch this movie to learn more about her life story. It showcases her rise from obscurity and the struggles she had to face to succeed in a man's world.

Probably one of the most cheesy movies out there but the message comes through loud and clear. If you ignore the part at the end where they all live happily ever after, finding their true soulmate the movie is super relatable. Not every relationship you enter into will work out and be a fairytale and it's always smart to know when to move on.

This movie is super dramatic, hilarious and offers a great message for women in their early 20s and onward. Your friends are going to begin having babies, getting married and hitting all these milestones but you don't have to compare your life to theirs as a measure of happiness and success.

Julia Roberts plays another inspirational character in one of her best films ever made. She's a single mother working as a legal assistant who single-handedly takes down a major corporation. It's her persistence that's truly inspiring.

This movie follows a group of friends as they experience a pivotal event in their lives during their childhood together and reunite later in life. They recall that summer and try to figure out how something that happened in their childhood affected them as adults as well.

An odd, dysfunctional family bands together to get the youngest member, Olive, to her beauty pageant on time. Along the way they all have to face their own demons but at the end of the movie we all look to Olive for the real moral of the story. Never lose who you are or hide it so other people can feel more comfortable. Be goofy, fun and dance your heart out always!

A true story of 3 brilliant African-American engineers and mathematicians who helped put the first man on the moon. They had to face tons of obstacles to get the recognition they deserved at NASA while dealing with sexism, racism and hatred throughout their lives and careers.

Out of all the Disney princess movies this is the all-time best for young girls to watch. I mean, it's the only one that actually shows how brave, strong and courageous women can be without revolving around a man.

Jessica Chastain plays a CIA Intelligence Analyst who was instrumental in discovering the location of the wanted terrorist Osama Bin Laden before his death. This character is relatable, raw and engaging which makes it the perfect for movie for young girls to watch.