If they can't be good, might as well be funny. 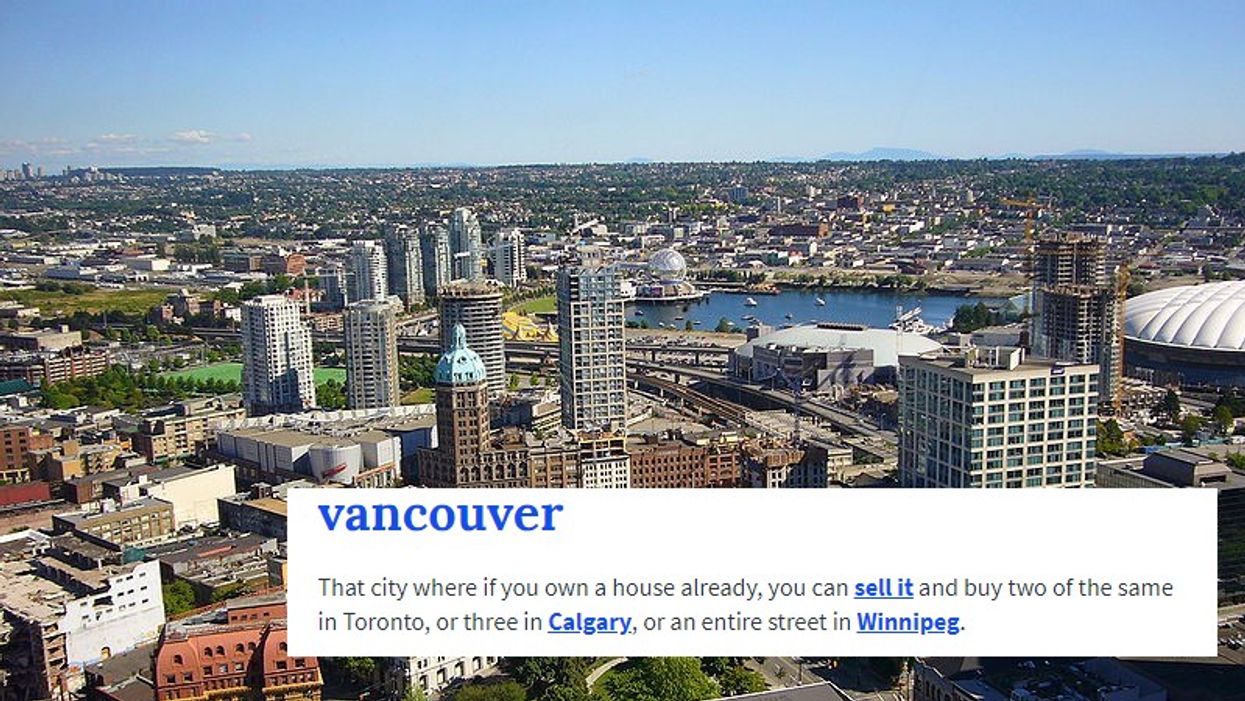 Across Canada, everyone has their own way of describing different cities. Whether it's historic Quebec or modern Vancouver, there are a million different ways that Canadians have defined these metropolitan areas.

Thankfully for us, there is actually one place were all these definitions have been captured for Canadians to refer to and sometimes laugh at. Urban Dictionary isn't just for understanding all the lingo the kids are using these days, it also has hilarious definitions of these amazing Canadian cities. Despite claiming to be a modern hub with a happening culture and nightlife scene, it seems like some people think Toronto is stuck in the 60s.

Parties, sex, and strippers seem to be what Montreal is most famous for around the world. I guess it makes sense when the drinking age is only 18.

I don't think anyone is surprised that Vancouver is defined by their insane housing market. Even though that definition is 12 years old, it's still so true.

Aside from being Canada's capital city, it looks like the only thing Ottawa has going for it is an NHL team that hasn't won the Stanley cup since 1927.

No beating around the bush out west, it's clear that people think Alberta chose the wrong capital. Not to mention, most people probably think Calgary already is the capital city.

It's a much different story in Edmonton's actual capital, where it seems they are defined by crazy weather (what's a chinook anyway?) and the Edmonton Oilers.

While these definitions are hilarious, the best Urban Dictionary definition of any place in Canada actually has to go to the province of Manitoba, who's been defined as Canada's middle child.