School will soon be back in session and that means frosh week at Ontario campus'. 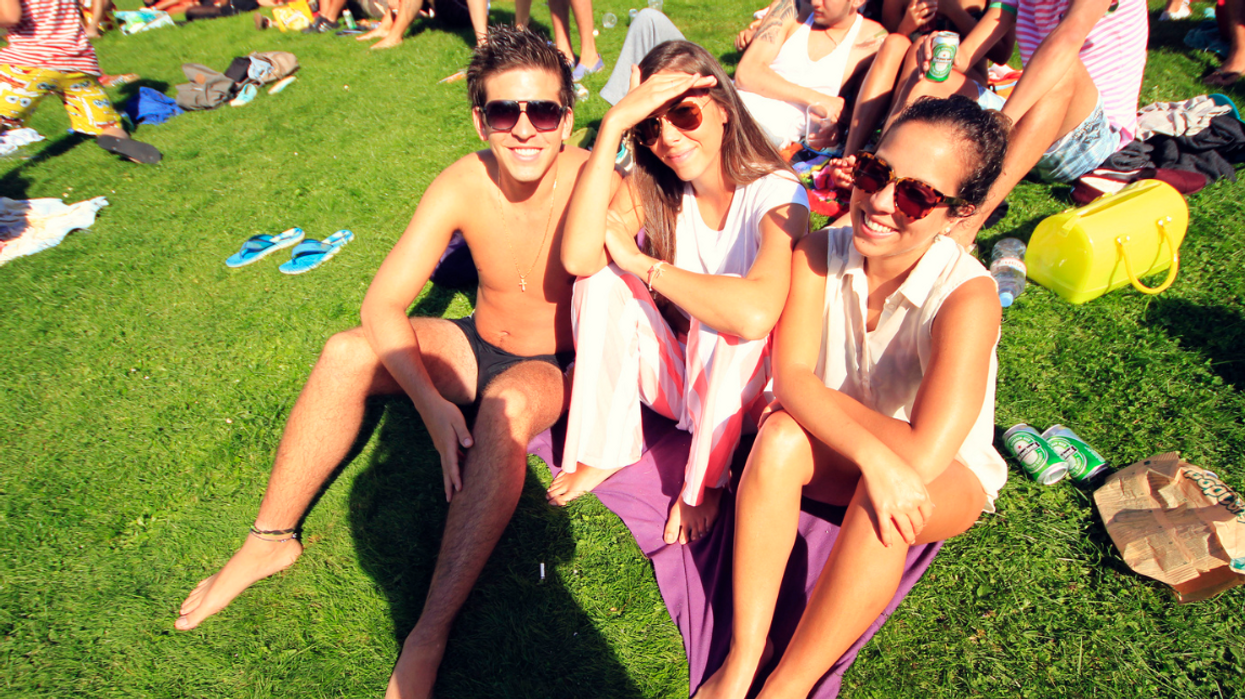 Well there’s no point in denying it anymore, summer is coming to a close and the back to school season is officially upon many in this province.

Frosh week will be starting soon at campuses around the province and some students at York will be caring drug overdose kits to try to keep the partying from turning deadly. But of course that won't stop people from having fun so we've rounded up the best stories from frosh weeks in the province we could find on the internet.

Western University seems to have some kind of massive outdoor orientation event unlike anything we’ve ever seen.

It involves a group of students doing some coordinated dancing to music and we're not really sure what to think of it honestly. This practice is now apparently banned which makes finding any pictures or video of it impossible but apparently it's a tradition for new engineering students at Queens University to dye themselves purple from head to toe.

This is definitely one Frosh Week festivity that I wouldn't sign up for. Queens University engineering students (again?!) have yet another crazy tradition, which is to work together to climb up a greased pole as part of their orientation.

Queens engineering students are apparently quite a wild bunch. Maybe this is why the university basically banned street parties earlier this year. This is a bit of a different kind of frosh, it's for students who start in the winter after New Years.

2. Nothing To See Here One former student of the University of Toronto had a very eye-opening experience in her first week at school. According to her, she was taking a tour when suddenly a group of naked boys appeared, causing both groups to instantly freeze then turn and run in opposite directions.

We have no idea why the group of boys weren't wearing clothes. We'll end the official list, (but stick around for the bonus) with something crazy in a different manner. A former U of T student says that on his first week of university, he was walking to school in the rain one day when he saw a girl ahead of him without an umbrella.

He ran ahead, offered the girl a chance to shelter under his, got her phone number and some years later married her. All thanks to an umbrella.

This isn't really a frosh week story but who could forget when a girl got kicked by a horse at Queens homecoming?

Have a fun safe frosh week when school starts up again, especially you engineering students.