The Canadian model was known for his tattoos. 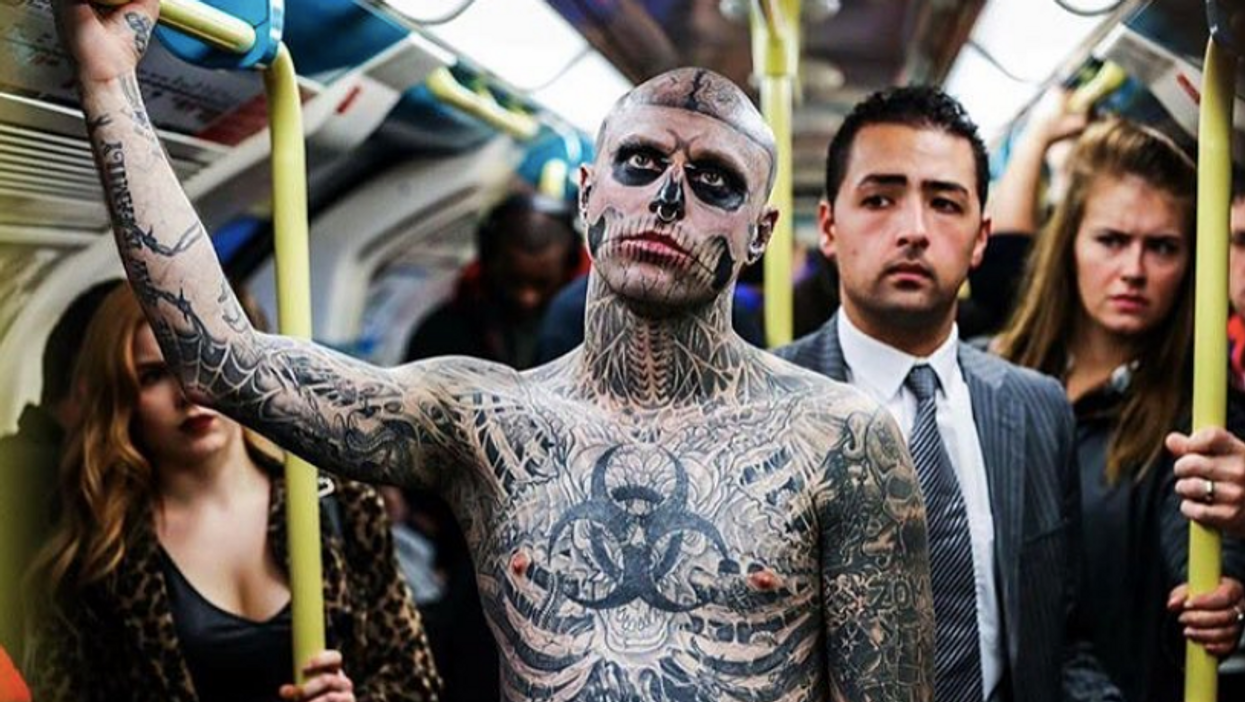 Last year, hearts broke across the world when it was learned that Canadian model "Zombie Boy", also known as Rick Genest, had passed away. He was only 32 and was well known for his tattooed body. He unfortunately passed away in August of 2018, and the reason for his death was not known up until now. However, his legacy lives on. If you're not familiar with him, here are 6 "Zombie Boy" Rick Genest photos that show why the world was obsessed with him.

Gagnon's report states that his death was an accident after sustaining a fatal head injury. This happened after Genest fell from a friend's balcony on the third storey in Montreal. He had a blood-alcohol level of 234 mg/dL and cannabis was found in his blood.

In the report, Gagnon states, "After analysis, given that the investigation did not reveal a clear and unequivocal intention to end his life on Mr. Genest’s part, I cannot state that the death was a suicide". His legacy lives on through his Instagram, where he posted a ton of photos of his life. You can see how loved and unique he was in the photos below.

"Zombie Boy" was known around the world, but for people who didn't know him, seeing him was a bit of a head-turner. In the photo above where he's promoting the video game The End is Nigh, you can see that people who are walking by can't not look. And of course, that's why he was so famous!

Genest and Lady Gaga were great friends, which made him even more famous. When he passed, Lady Gaga reached out on Twitter and described her love for him and the "art they made". They starred in Gaga's "Born This Way" music video.

Up until 2018, Genest held the Guinness World Record for the most tattoos on a human. The photo above shows that every single part of his body is covered in tattoos.

The Canadian born model was actually diagnosed with a brain tumour before he had tattoos. Fortunately, he had surgery with minimal complications. However, he admitted he was suicidal while on the waitlist for 6 months.

Genest was very accepted for his tattoos. In fact, he walked runways and was asked to model for a lot of photoshoots. He modelled for a ton of designers but Thierry Mugler took him under his wing and brought him to many fashion weeks.