Olivia Jade is under fire for Lori Loughlin bribing her way into USC. 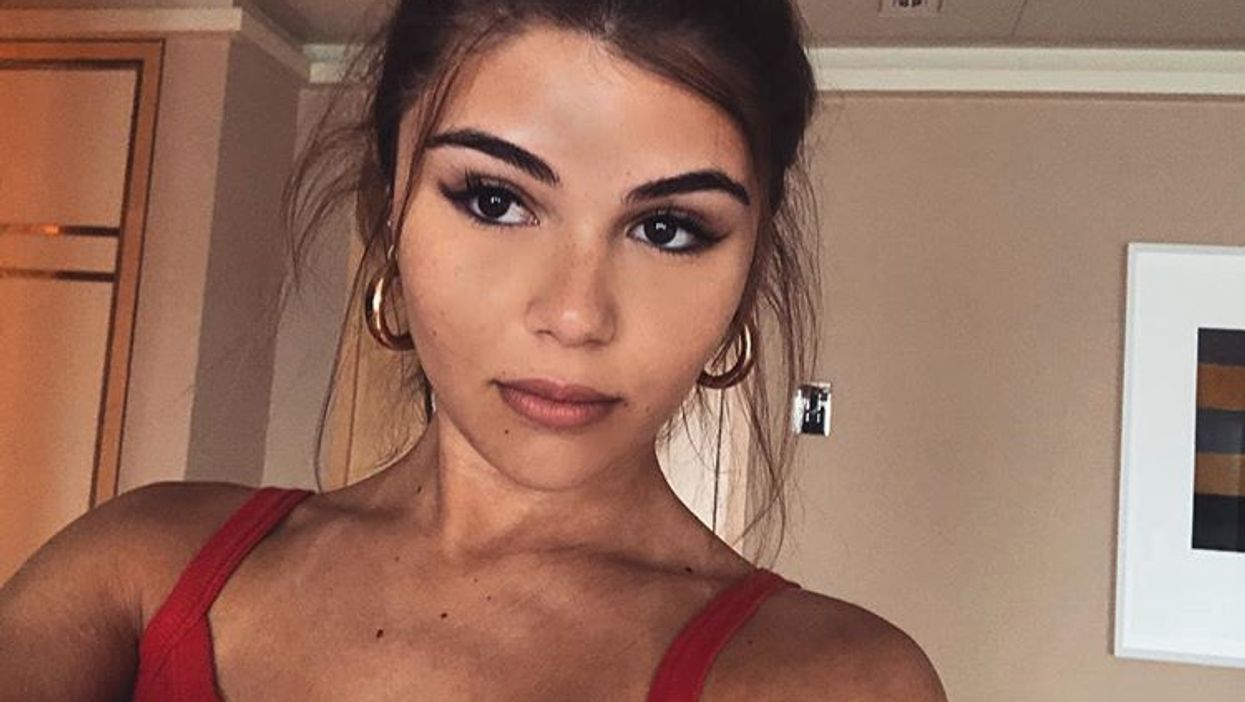 If you grew up watching Gossip Girl, odds are good that you dreamed of attending an Ivy League university like Blair and Serena. Although it's definitely not a reality for most of us, a girl can dream! You know what they say though - if you have enough money, anything is possible. In the case of Olivia Jade Giannulli, her mom's money was enough to get her into USC, a school that most people only dream of. Here are seven things you need to know about Olivia Jade, Lori Loughlin's daughter:

READ ALSO: Sephora Fans Are Practically Begging The Company To Drop Their Partnership With Olivia Jade Amid Scandal

1. She has a YouTube channel with nearly 2 million followers.

In the beauty world, Olivia Jade is kind of a big deal - her YouTube channel has just under 2 million followers. Although she just recently started posting more regularly again, her channel consists of clothing hauls, makeup looks, and vlogs of her daily life, among other things.

Despite making the choice to attend post-secondary, Olivia has admitted that school isn't really her thing. In one of her YouTube videos, she made a comment saying, "I don't know how much of school I'm going to attend, but I do want the experience of game days and partying. I don't really care about school, as you guys know." After receiving criticism from her followers, Olivia later posted a story saying she was sorry for her comments, and that she was really grateful to be attending school.

3. She's collaborated with many brands, including Sephora.

As with most popular beauty gurus, Olivia has worked with several brands, including Sephora. Since news of the USC Scandal has dropped, people are practically begging Sephora to cut ties with Olivia. Her Bronze and Illuminate palette dropped back in December, and although it's currently sold out, people are not afraid to say that they hope it doesn't come back in stock.

4. She'll likely lose many of her brand partnerships.

As someone who's affiliated with many brands, a scandal of this magnitude is NOT good for Olivia. HP Printers has already cut ties with the influencer amid the news, and if you try to search for her clothing line on the Princess Polly website, nothing comes up. Because of her poor attitude towards school, and the fact that her parents literally paid to get her in, many brands no longer wish to be affiliated with Olivia.

5. Her boyfriend is Jackson Guthy.

The two may not have any photos on the 'gram together to make them Insta official, Olivia recently confirmed her relationship with Jackson via a YouTube video titled "VLOG | NYC with my boyfriend & bffs", which you can watch here.

6. She doesn't actually participate in crew, despite being a USC Crew recruit.

In order to get her accepted to USC, Olivia and her sister were designated as recruits to the USC crew team despite neither of them having had participated in the sport. A lot of people are very upset over this news, as those spots easily could've gone to crew athletes. Before the age of 20, Olivia has already found herself wrapped up in several scandals. She was born on September 28th, 1999 to her parents, actress Lori Loughlin, and fashion designer Mossimo Giannulli.