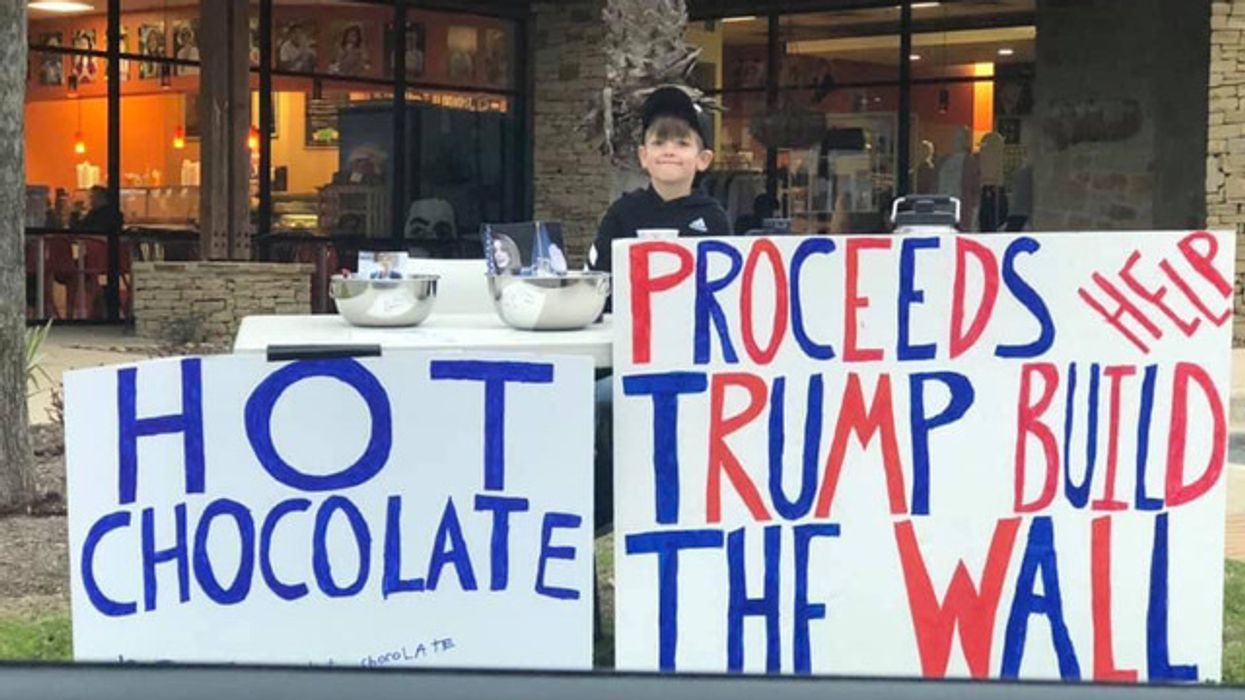 It's not new news that Trump is still advocating for his infamous border wall to be built between the United States and Mexico. Now, a seven-year-old boy from Texas is facing backlash after news broke that the child raised approximately $2,000 by selling hot chocolate in support for President Trump's border wall proposal.

Seven-year-old Benton Stevens set up a hot chocolate stand outside of a strip mall in Texas recently. While children normally set up stands for lemonade or iced tea to raise funds for charities and other noble causes, this child's stand has been at the center of criticism.

The reason why being that the Texan boy was raising money in support of Trump's controversial plan to build a wall between the United States of America and Mexico.

READ ALSO: Justin Trudeau, Officials, And Many Canadians Sending Their Condolences To The Refugee Children Killed In Halifax House Fire

Stevens was able to raise around $2,000 by selling hot chocolates outside the strip mall for $2 per cup. His controversial sign read, "Proceeds help Trump build the wall." These six words caused enough trouble that citizens across North America have become outraged online.

A 7-year-old Texas boy who started a hot chocolate stand to raise money for President Trump's proposed border wall is facing backlash, with one man even calling him "little Hitler." https://t.co/WIpRASxBum

The boy's parents, Shane and Jennifer Stevens, told KEYE CBS News that their family attended Trump's inauguration. Not only that, they watched Trump's State of the Union address in February and that's when he got the idea for the hot chocolate stand.

The seven-year-old also told CBS News that people are calling him a "Little Hitler" among other things. His parents also stated, "I think it's important that (our children) know what's going on in the world, where we stand, what we believe in."

His father, Shane stated that he wants to use this fundraiser as a teaching tool for his son. He also stated that they expected "some push-back" considering the political climate in the United States.

Here are some of the responses to the child's hot chocolate stand.

Time to go run that hot chocolate stand over. https://t.co/7lgTk7Ljzp

Yo does this kid have a permit to have this hot chocolate stand? Asking for the @FBI I mean a friend https://t.co/wrZDqmsUP3

that kid making a hot chocolate stand to "help trump fund the wall" is easily one of the most garbage things i've had the displeasure of looking at this week.