He looks like death on the first morning of the school term! 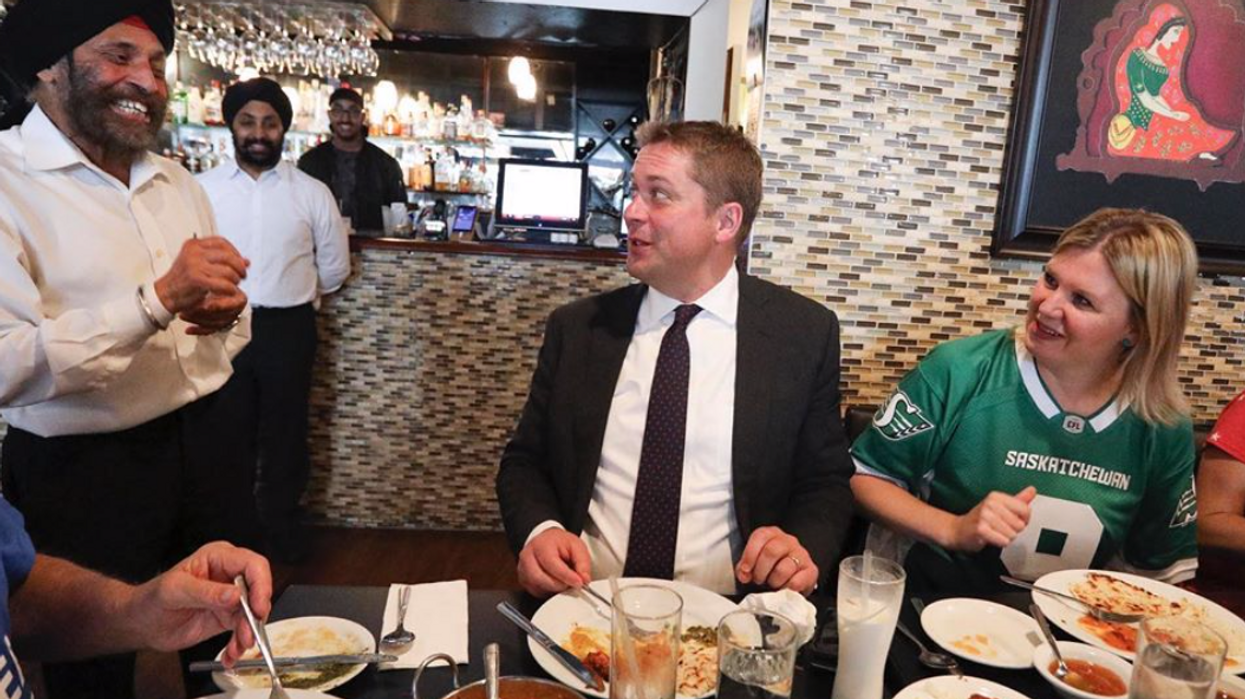 With the 43rd Canadian federal election getting closer and closer, we are seeing more of our country’s political party leaders than ever before. Whether it be on our TV screens debating, on our twitter feed bickering, or on our neighbour’s lawns smiling, it feels like Andrew Scheer's photos, for example, are literally everywhere!

However, while it seems like we are seeing their faces constantly, we probably don’t really know that much about Canada's politicians when they're not at work. And, when it comes to Conservative leader Andrew Scheer, he is actually much more relatable than you might think!

To take a real insight into Andrew Scheer’s life as a person, rather than a politician, we searched through all of his non-political Instagram posts to prove that he is so much more relatable than we give him credit for!

Hates The Start Of Term

Although this may look like one of those fake "back to school" posts that politicians do, the expression on Scheer’s face in the second photo really shows he understands the everyday stresses of the first day back to school.

Like most of us do on the first day of a new term, Scheer looks close to tears, and already very, very tired. He looks like he is ready to punch one of his kids, probably because they all took way too long in the bathroom this morning, and now he hasn’t had time to brush his teeth.

You can have all the riches and the power in the world, Andy, but you’ll never get out of the door on time on the first day of school! Relatable!

Spends Time With His Family

Andrew Scheer, like most of us, clearly enjoys spending time with his family. As the father of four kids, Scheer is obviously kept busy, and on his days off from being the Conservative leader, he does normal, relatable "family things" with them!

That said, much like Justin Trudeau, Andrew Scheer clearly hasn’t worked out normal comfy clothes yet, and seems to spend a lot of his "casual time" wearing a shirt and suit-pants!

Just like all of us, Andrew Scheer looks a bit stressed at the airport. With four kids and countless suitcases, it's no wonder he (again) looks like he could cry!

Once again, he clearly is struggling with the concept of "casual clothes" and has made an unusual choice for flying, but hey, he's trying!

Just like other normal people, Andrew Scheer loves big, cuddly, fluffy puppers. This is the biggest sign that Scheer is totally relatable and normal, deep inside!

Look at his big smile, eh!

Andrew Scheer loves a selfie! And, just like most of us, he definitely hasn't quite worked out his best angles yet.

Like all Canadians everywhere, Andrew Scheer is partial to a little stop at Tim's for his favourite donut and coffee. By the looks of this picture, a black coffee is his style, which is exactly what we'd have guessed for you, Andy!

Like the rest of Canada, Andrew Scheer got behind the Toronto Raptors for their historic 2019 NBA Championship win. Also like the rest of us, Scheer was clearly nervous watching a number of their final games, sharing a photo of himself looking terrified as he watched the television at home.

It doesn't get much more quintessentially Canadian than this. Scheer can be seen doing what all Canadians do best when the snow falls, playing hockey! When you see him doing all of these very "normal" Canadian things, it’s easy to forget he’s a political party leader altogether!

After taking a little dig around in Andrew Scheer’s private life, it seems that his "at home" personality is a little more chill, and certainly more relatable!

Much like Justin Trudeau, Andrew Scheer’s choice of "around the house" clothes are definitely a little weird, but nobody’s perfect, right Andy?!