Remember, that one time when... 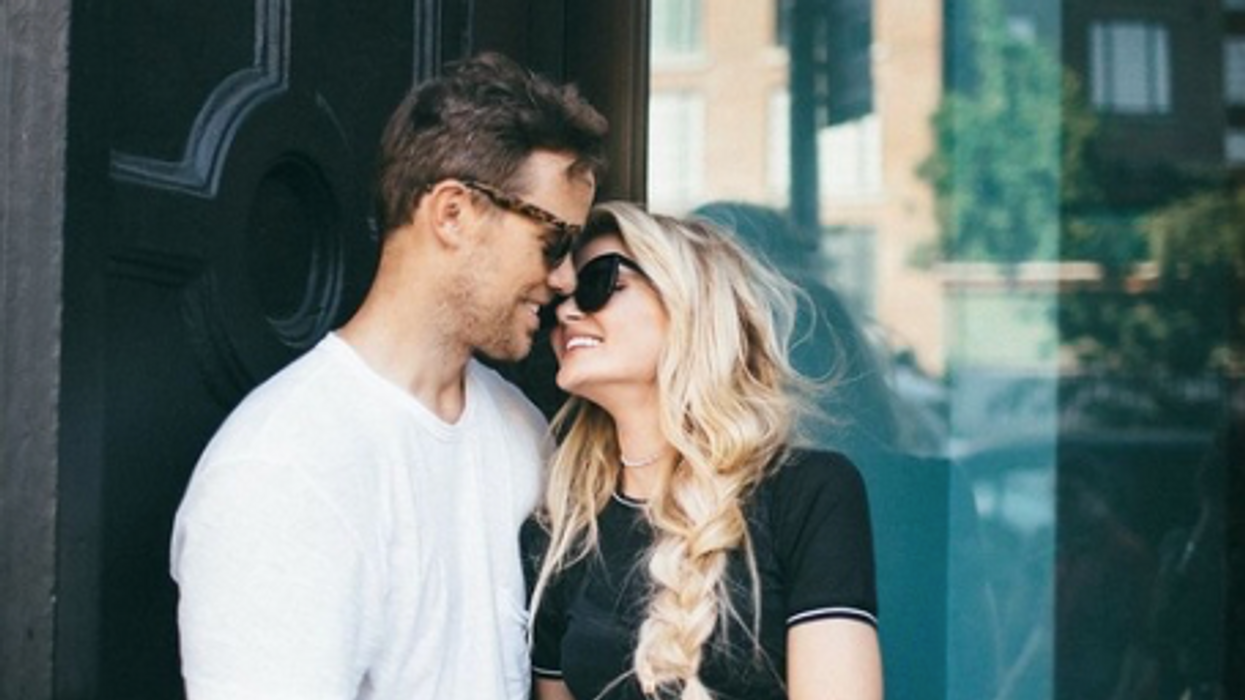 There are tons of relationship milestones you and your S/O no doubt remember. Your first date, first kiss etc etc. And while it may seem that some moments he truly couldn't care less about - aka the first time he saw you without makeup - there are some that really make an impression on him & his heart.

READ MORE: The One Easy Thing You Can Do To Make Your Relationship Better, According To Science

We asked our male counterparts what some memorable moments in their relationships were that they actually cared about and the answers were really surprising! Read on to see what they had to say.

1. The first time he hung out with your parents and nothing was weird?

The first couple times he met your family he was mostly likely sweating, clammy palmed, freaking about relatively everything he did or said. He may have been smiling, laughing, looking chill, but he was all nerves in his head. That first time your mom handed him a bowl of chips or your dad patted his back in a perfectly-dad-like way was when he started feeling legitimately calm.

2. The first time he texted you without giving AF about the "rules"

He hit you with a double text two minutes after you responded and he literally couldn't care less. Mind games are for those messing around and he just isn't anymore. Waiting 15 minutes, 30 minutes, or hours is actually kind of insane anyways and he's just glad he doesn't have to pretend to be into it anymore.

3. The first time he takes a sh*t at your place

This is adorable in its own way, just hear me out. Your bf has been doing everything in his power not to do something at your house that won't ruin his chances of seeing you again and yes, this includes taking a dump. When he actually does go go, it's because he feels confident enough that this bodily function won't gross you out.

4. The first time you had sex

Obviously, he remembers this. Whether it was on the first date, the fifth or the twenty-fifth, this is one moment he will never forget.

5. The first time you didn't have sex, after you started having sex

The beginning of a relationship can be insanely physical. If you're not having sex, you're planning on having sex soon, making out all the time, maybe even getting into some questionable public displays. The first time that you finish a date not having sex when you totally could be, is a big deal. Once he's cool with ending the night just hanging out with you instead of banging one out, it's more likely that he's starting to get really into you.

6. The first time he really missed you

And we mean he really missed you. Not "I wish I could hangout with *blank* more" but the first time when he got actually upset that he hadn't seen you in a week or two was the first time he knew he really cared about you.

7. The first time he understood the cryptic emoji message you sent him

Ooooooooh so NOW he gets it. It might've been a week, month, even a year until he hits this one, but he understands you a little better now.

8. The first time he wasn't worrying to impress you on a date

Those first few dates were very poised and practiced. He probably stuck to talking points that made him look like he could be on a first-name basis with Justin Trudeau. Family, community, extracurriculars. He was wearing his coined 'nice' shirts, good shoes, maybe some matching socks if he really cared. But once he realized he could relax and start being a little bit more-him and a little less polished, it really meant a lot.

9. The first time he really saw a future with you

Fun fact: if you've been on more than one date, he sees something there. Otherwise, why would he waste his time? But the first time he really sees a tangible future fall into place, it's a definite "oh shit," moment, in the best possible way. Maybe you're both lying down together during a nap, maybe you remembered something from his childhood he brought up super briefly. It could've been a look, a joke, a split second - but it happened and you're there, in two months at their sister's wedding. Congratulations.