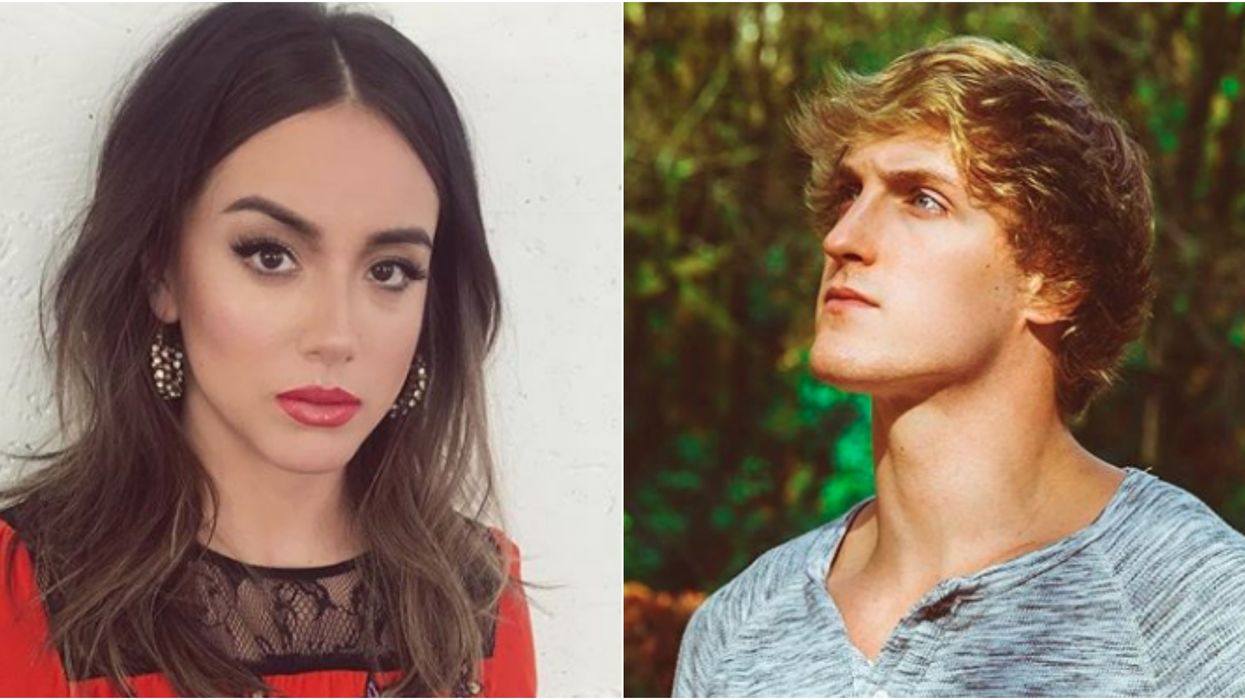 Logan Paul is known for being an over-the-top, controversial money making machine on YouTube. A few months ago, he famously made headlines after he visited Japan's "suicide forest" and posted a video that explicitly showed a deceased Japanese man who had died by suicide.

Not only did Logan Paul film the man that had died by suicide, he then videotaped himself laughing and joking around with friends right after. It's safe to say that the name "Logan Paul" left a bitter taste in the mouths of people all around the world.

Chloe Bennet just announced that she's dating Logan Paul and fans are not impressed. If you didn't already know who Chloe is, let us enlighten you. One of Chloe's earliest roles was playing Hailey on the hit tv show, Nashville. Hailey had a short-lived relationship with Gunnar Scott.

Chloe doesn't just act, she can sing too! 3. Her breakthrough role was on Agents of S.H.I.E.L.D.

Chloe's father is Han Chinese, so she was born as Chloe Wang but changed her stage name after entering Hollywood. Chloe moved to China to pursue a singing career but ultimately decided Hollywood would be better for showbiz.

6. Chloe's half Chinese and half American.

Chloe's parents are an interracial couple! Her father is Han Chinese and her mother is European-American.

Chloe was featured in the music video "Tonight" by the incredibly famous K-Pop band, Big Bang.

8. She has six brothers!

Chloe Bennet is the only sister in a large family of siblings.

Cause he’s kind, creative, funny, vibrantly curious about life, weird as fuck in all the best ways, a big dork, and he’s one of my best friends. It doesn’t make sense to a lot of people, but it doesn’t have too. He’s changed my life for the better and I’ve done the same for him.

Chloe just announced in an epic clapback, that she's dating Logan Paul. When Even though Logan Paul is super controversial, Chloe insists that he's the best.