The most epic Battle of Alberta imaginable. 😱 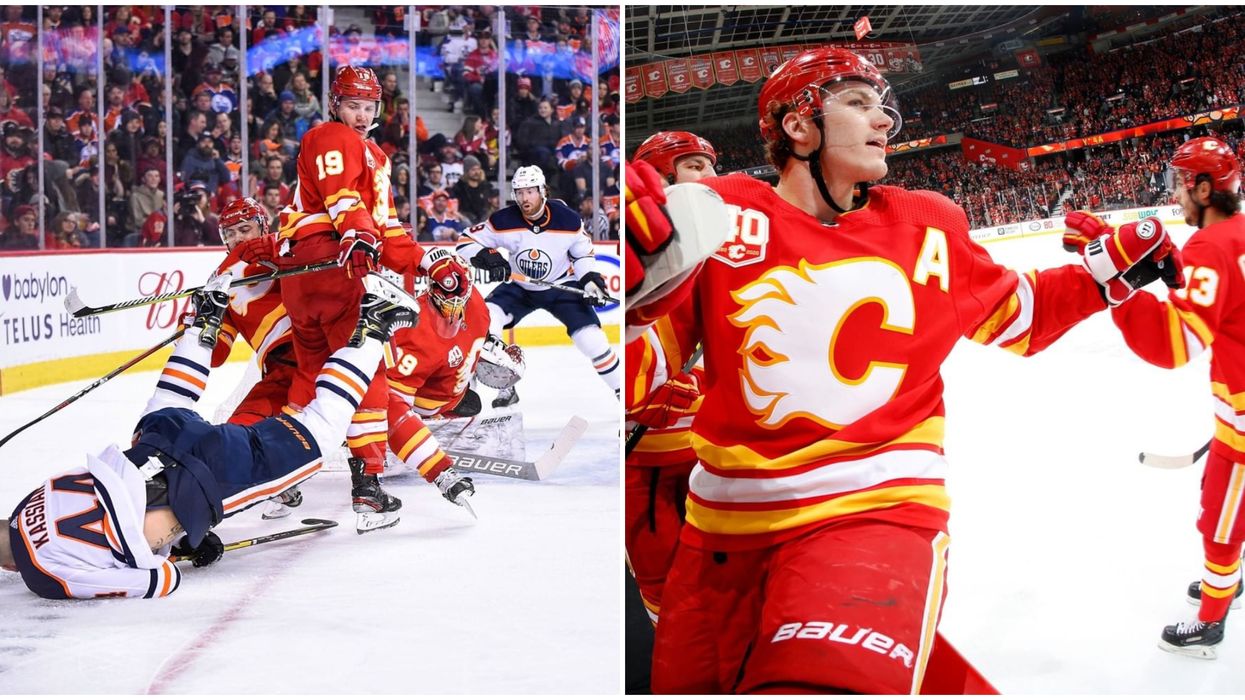 There is nothing we Albertans love like a little healthy competition. Luckily, we've got the Calgary Flames and the Edmonton Oilers serving up a super spicey rivalry that we just can't get enough of. The epic games between the two Albertan teams have been total mayhem so far this season and we've been jonesing for more of that action. As it turns out, another Battle of Alberta might be on the horizons for hockey fans to enjoy, after all.

CBC News reported that another Battle of Alberta could very much take place during the 2020 NHL playoffs.

We could not dream of a higher-stakes scenario for our two home teams to drop the puck (and probably the gloves).

As of now, the Oilers are sitting in second place in the Pacific Division and the Flames are one spot below in third place.

If regular-season were to end right now with these standings, the two teams would face off in Edmonton in the first round of the Stanley Cup playoffs.

You may not believe this, but the two teams haven’t played one another in the playoffs since 1991.

Though a playoff version of the Battle of Alberta is extremely possible, there are still some other possible outcomes as the season has not yet come to a close.

All hell breaks loose in the Battle of Alberta, including a goalie fight between Mike Smith and Cam Talbot https://t.co/7YRcWnFbEx
— Brady Trettenero (@Brady Trettenero)1580618830.0

As of now, the Vancouver Canucks sit a measly three points behind the Flames with two games left in their season.

Though there is some high-stakes hockey left to be played for the Western Canadian teams before we know for sure who will be making the playoffs, we can dream. And dream we will.

There are endless possibilities for what another game between the two Albertan teams could look like.

As you may know, some infamous rivalries have developed and there has been nothing but drama, on the ice and off, for these 'Berta boys.

These two can't stop scrapping. In fact, after exchanging a few words before the whistle, they dropped their gloves before the puck was even in play earlier this season.

Because Edmontonians are known to have a sour taste in their mouths towards Tkachuk, Calgary fans actually raised money to put up a billboard in Edmonton featuring his name and number.

That's only a tiny taste of the action fans see every time these teams step on the ice together.

In fact, in the last Battle of Alberta, the goalies literally fought one another at center ice. You don't see that often, that's for sure.

Though we can't confirm the two teams will play each other in the playoffs, we all know we're hoping for it.