The man has now been charged with "sextortion." 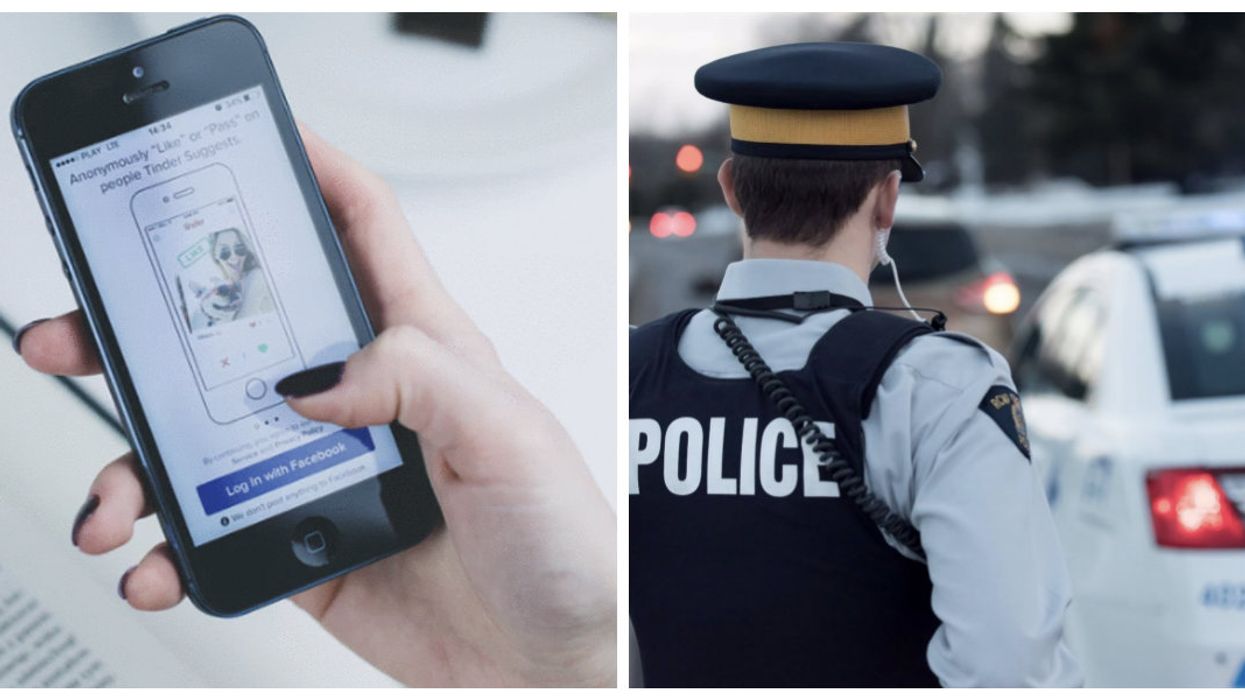 Even with dating apps such as Tinder and Bumble becoming a lot more normalized in this day and age, users of the apps still have their reservations when meeting someone new.

Unfortunately for one woman, her experience is yet another case that exposes the dark side of these apps and who could be lurking on them.

The woman in question was 22 at the time when she began talking with a 25-year-old man, both being Manitoba natives. After starting to chat, they met with each other and went on a few dates over the course of two weeks. During that time, the man received a few "sensitive images" of the woman that the woman says were consensual.

While those photos were consensual, the woman told police that there were instances in which the man "ripped off her clothes and took pictures" even though she told him she didn't want to.

Unfortunately, this isn't the worst of what happened to the woman. Later, she found videos the man had taken without her consent of him "taking advantage of her in his truck" after she had claimed she didn't want to "do-it outside."

It didn't end there, either. After the woman decided she would no longer see the man, he began to threaten her. Claiming that if she didn't come over, her videos and photos would be sent to her work.

When the woman claimed she would go to the police, the man said his "friends" at the RCMP would ignore her. On top of that, he said: "he would hide all the pictures and videos so only he would know where they were." Regardless, the woman still reported the incident.

From there, the RCMP got a search warrant and visited the man's home on March 20th, seizing all of his electronics ranging from a laptop, Xbox one and two iPhones along with 15 other items.

As of now, the man is charged with extortion, voyeurism and indecent phone calls. One of those charges is a newer addition to the criminal code in which someone distributes an intimate image of someone without that person's consent which is known as "sextortion."

While the man is still only charged and waiting to be seen in court, he is ordered until 2020 to stay at least 100 metres away from the woman thanks to a protection order.

When Tinder was approached by Global about the incident, they reiterated their zero-tolerance policy:

"We encourage users to report any instances of misconduct via the self-reporting tool featured on all Tinder profiles. In the event that we receive such a report, our dedicated community team takes appropriate measures, which may include removing the profile or banning the user."

While it is nice to know the man behind the messages has been charged, another bright side to this story is that this case shows the new changes in the law surrounding cybercrime.

A few years prior and this situation might have ended completely differently because of blurry legislation and consequences for situations like these that happen online rather than in person. Even Manitoba police admitted the "record of young women coming forward for this kind of crime is very low."

One can only hope the success seen in this case with regard to laying charges on the man responsible will encourage victims to come forward in the future.