This is so screwed up... 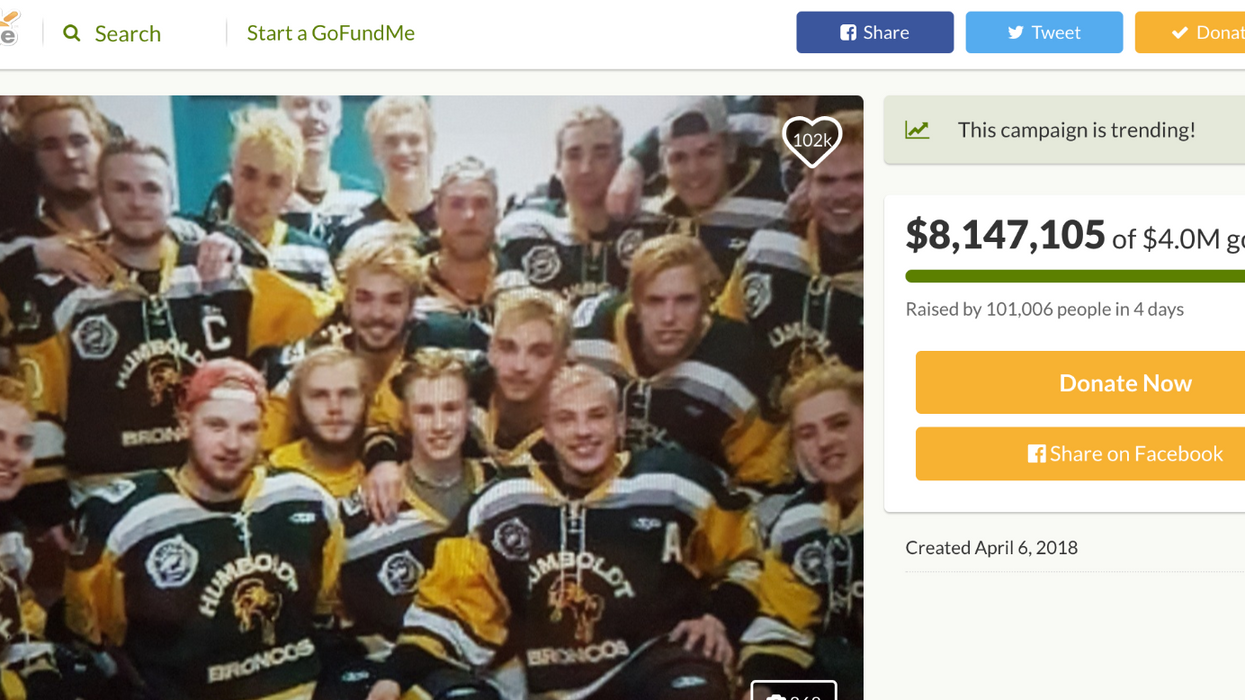 With the tragedy of the Humboldt bus crash has come a massive worldwide campaign to raise funds for the victims and their families. As of now, the official GoFundMe page sits at over 8 million dollars raised to put towards the team, though it has been discovered that there is another donation page that has been created for the team, but its intentions are shameful.

It was reported by NEWS 1130 that a Vancouver woman had spoken out claiming she had almost got scammed by a fake GoFundMe for the Humboldt Broncos. The woman said she had stopped herself from donating when she realized the page only had $1,300 donated to it on Sunday night, a big difference from the several millions the official page had already collected by then.

While we checked to see if the page is still up, it seems as though it has been taken down from the website- though it isn't clear what will happen to the funds, we presume they will be given back to those who donated to the page not realizing it was fake.

Beware... the @NEWS1130 newsroom is hearing about FAKE @gofundme pages circulating online that claim to be for the #HumboldtBroncos -- if you're donating, make sure it's the legit one. (via @AmandaWawryk)

"To try and take money from people that are trying to generously give to such a horrible incident that we're all going through-it's just devastating." Noted the woman, mentioning that those who had donated had also left notes of condolences to the team and were clearly unaware they had donated to a group of scammers.

Unfortunately, according to the Better Business Bureau, this kind of situation may be horrific to see in a time like this, but it definitely isn't rare. Scammers will try to make a quick buck off of people who are urgently donating during an emotional time, and with the original page now having surpassed 8 million dollars in donations, it could entice other scammers to try their luck as well.

Thankfully that fake page has been taken down, but if you do come across another, you can file a complaint with GoFundMe. An easy way to spot a fake GoFundMe is if the campaign has been claimed to be trending but doesn't have the trending symbol has an uncharacteristically low amount of money raised. As well the creator of the page is also important to check, see if it is someone affiliated with the cause and if they aren't, check the donation page's bio to see if they have mentioned that they will be working with GoFundMe to redirect the funds.

In cases like the Humboldt Bronco's official GoFundMe, the company reached out to make sure the funds raised on the official page would actually be arranged to go to the team so you won't have to worry about your money going into the wrong hands. If you would like to make a donation yourself, you can visit the team's official GoFundMe page by clicking here.