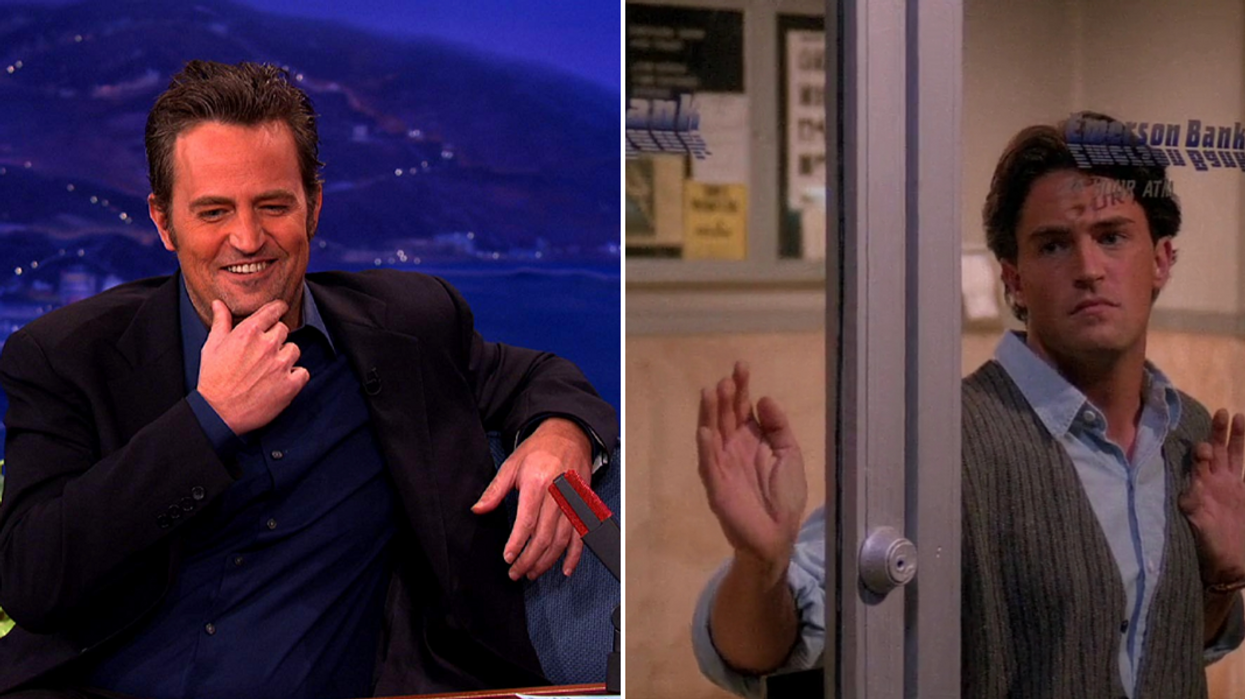 After many false alarms, hope has been sparked in the ‘90s sitcom fans again. This time it’s all because of the real-life Chandler Bing. A cryptic tweet sent out late last night is making a Friends reunion announcement seem like a possibility again thanks to Matthew Perry.

Perry, who recently broke his Twitter silence with a tribute to Kobe Bryant, used his second comeback tweet to let his followers know that there is, “Big news coming…”

While there was no mention of his past work with Friends, fans have been responding to his tweet with excitement about a possible reunion 16 years after the shows series finale.

One fan wrote, “Tell us ASAP Matty is it a reunion..? Nah too much to hope for I guess. But waiting eagerly to know .”

Others got straight to the point with their questioning tweeting “Reunion?” or “Friends?” and attaching gifs depicting iconic moments from the shows 10 seasons.

These supporters even used their knowledge of the series to plead for the reunion, “Reunion??? Its 2020 and everyone including Emma has woken up from their nap!!!” and “Big news or BiNg news?”

Perry’s cryptic tweet isn’t the only thing that could have fans expecting a reunion. The Hollywood Reporter reported that HBO Max will feature a reunion special on their service.

They announced that the reunion will be unscripted with the six members in talks to join. The streaming platform is also set to stream the past 10 seasons of Friends after it’s departure from Netflix US.

Perry has given no indication of when exactly he’ll be revealing his “big news”.