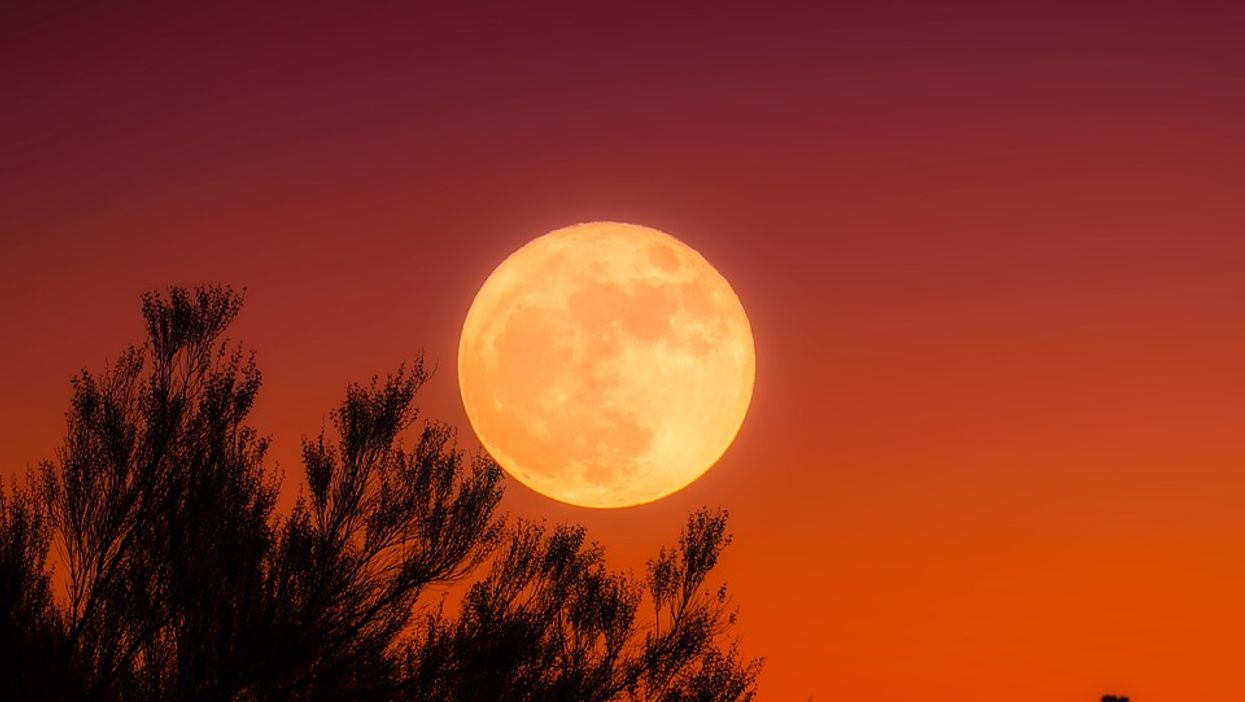 With the beginning of fall around the corner, the Harvest Moon is making its way to the Canadian skies, yet this year, it's expected to be a bit spookier than normal. Canadians will be able to spot the Harvest Moon in the sky throughout the night of Friday, September 13th, giving those who believe in Friday the 13th superstitions, something extra to worry about. This lunar event is so rare that it hasn't happened for nearly 20 years.

According to NASA, the next full moon will be known as the Harvest Moon, a term used for the full moon that rises the closest to the beginning of fall. The reasoning behind the word 'harvest' is because the bright light of the moon helps farmers to work later and allow them more time to bring in their harvests before the chill of fall sets in for the rest of the season.

The moon will appear in Canadian skies from September 12 until September 15, although it won't be completely full until the night of Friday the 13th.

Yet, if you are in an area with EST, like Ontario, you can expect the moon to reach its apex into the morning of the 14th at 12:30 AM. Yet, you can still spot the moon throughout the night.

So if you are in Toronto, you can expect to see the Harvest Moon rise at 7:46 PM on Friday, September 13, just 15 minutes after the sun sets at 7:31 PM. Making the night a bit brighter than you are normally used to.

While the Harvest Moon comes every year to welcome fall into Canada, this Harvest Moon is considered to be rare, as it lands on the spooky date of Friday, September 13.

According to NewsWeek, the last Harvest Moon that landed on a Friday the 13th was back in October 2000, nearly 20 years ago.

If you miss the moon this weekend, you will also have to wait 30 years to spot the next Friday the 13th Harvest Moon, as it won't reappear again until August 2049.