A Fvck Boy Broke My Heart & Changed My Life

And I couldn't be happier. 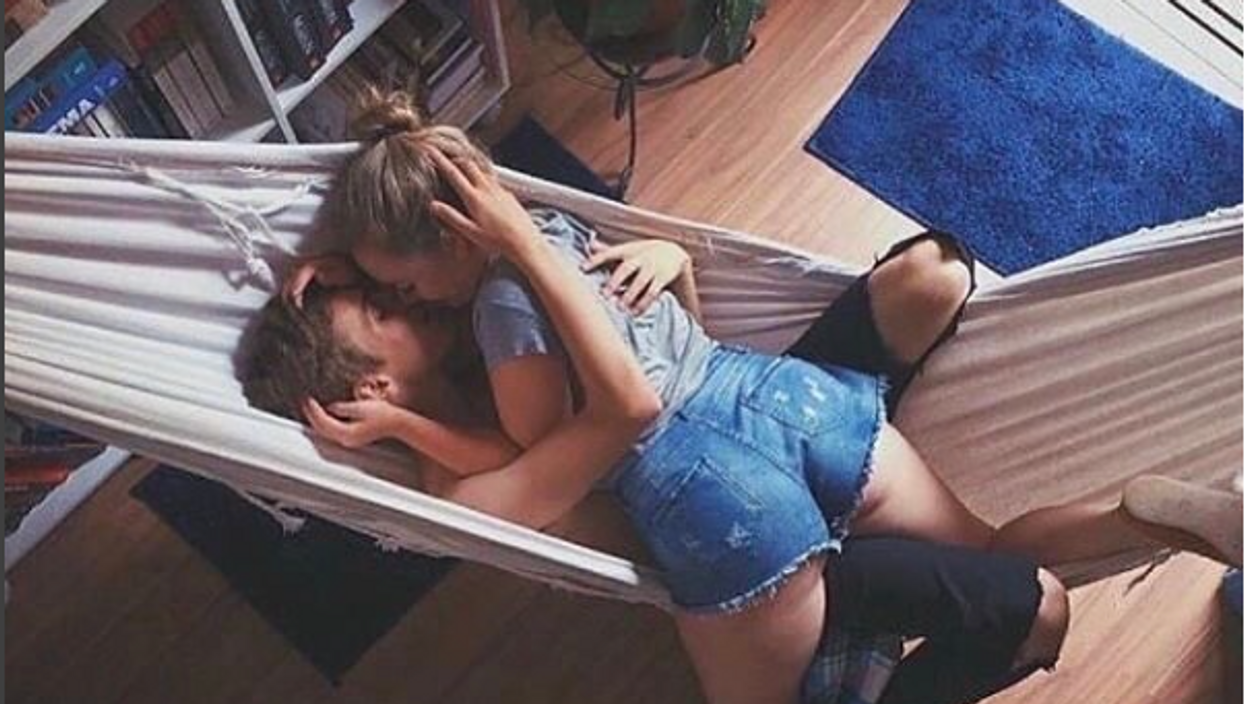 Once upon a time, exactly one summer ago, I did the unthinkable. I willingly fell for a glorified fuck boy. We have all fallen victim at some point to the mythical, ridiculous creature that is a fuckboy or fuckgirl. Someone who is attractive and charming yet notoriously selfish and careless with their overall actions.

A fuckboy/girl does not care how they effect other people, as long as they are getting what they want and having fun while doing it. A true fuckboy may not even realize that they are hurting you - because they are so self-involved they couldn't ever imagine being the bad guy. But he's not a good boy, he's a fuck boy. And a serious one at that.

Dating/seeing/hooking-up with a fuck boy is guaranteed one of the worst things you can do for your emotional well-being. You start to accept treatment that you definitely do not deserve and end up prioritizing someone who could really care less what you think or how you feel.

So why does it happen? Why do we fall for fuckboys and girls? There's a bit of science behind it, in all honesty. When we're in a bit of a rocky, emotional or lonely place and meet someone we feel like we 'connect' with, we tend to invest more in them than we should. Maybe you're having a rough spot with your friends/family, feeling a little lost at school, or not loving your job as much as you used to.

Fuckboys thrive on empty - Promises, words, ideas. There's no reason for them to back up or prove anything that they say, because they're all abstract. They love talking about the future, the 'one days' and 'soons.' In my particular experience, Kyle* would often talk about when we'd get married one day. Even though we were 20 and he had a girlfriend. The thing about ideas is that that's all they are - ideas. Fairytales of days far, far away.

To my defence, Kyle didn't appear to be your stereotypical fuck boy. He didn't drive a flashy car, wear Gucci belts, or Instagram 40s of Grey Goose. He had shy eyes, a big smile, and loved hanging out with his family and friends. What made Kyle a fuckboy was the fact that he had a girlfriend and still romantically pursued me for months.

A little backstory is that Kyle and I went out once almost two years ago. We used to talk and text and FaceTime on the regular. He was cool and interesting and I liked him a lot, but one day he ghosted and that was that. I had forgotten all about him until 6 months later, he slowly started to trickle back into my life. A couple texts turned into non-stop communication and eventually, a great bar night with him and his best friends. It wasn't until weeks later, when I had gotten attached, that somebody let it slip that Kyle was seeing someone. I was shocked. We were going out every week, talking to each other every day...wasn't he seeing me?

What started off as a fun, flirty friendship ended up being one of the most toxic relationships I ever had. Though Kyle and I weren't *together* we definitely weren't friends. Our flirtation was constant. A night didn't go by where he didn't buy me a drink, hit on me, or get a little physical. There were times when he'd get soft and intimate and made me feel like he really trusted and valued me in his life. These were the moments that would fuel insane thoughts of us being together ~~one day~~. As if our connection was something out of a Nicholas Sparks movie and not actually the product of someone having two girls (l o l).

I constantly compared my relationship to Kyle with the one he had with his girlfriend. I questioned everything I thought I knew about myself and doubted whether I was pretty, smart, or funny enough to be with him. All the things that made me, me, soon evaporated into trying to be the 'perfect girl' Kyle wanted. The girl he liked enough to leave his girlfriend.

Our 'relationship' was all highs and lows. One great night would turn into a week of no contact, because his girlfriend would get mad at a Snapchat, Instagram or video of us hanging out. He would FaceTime me after the bar for hours only to leave me on-read for days, guilty after saying he missed me or calling me 'babe'.

The worst thing Kyle ever did though, was not leaving me alone. When I knew I had strong feelings for a guy in a relationship, I told him I was done. He obviously wasn't breaking up with his girlfriend, but he was breaking my heart. I asked him not to text, snap, or bother me, so that eventually we could be friends. Of course, he didn't listen.

In a week's time, he liked every single one of my Instagrams, badgered me with Snapchats. Double and even triple-texted me without response. He missed the attention, not me.

Finally, I got to a point where it felt like I needed to choose between Kyle or myself. I was so hurt, vulnerable and exhausted from trying to make things cool and casual between us. I'd overthink almost everything I did or said. My nerves got so bad that I'd get nauseous or couldn't sleep. I was constantly anxious and frustrated at the situation I had gotten myself into. I had serious feelings for Kyle. He knew it and more importantly, he didn't care.

Cutting Kyle off was one of the best things that ever happened to me. And I'll tell you why. I got to be myself again. I didn't have to worry about what I said or did or how he'd react to it. I stopped thinking about his opinions and perceptions and focused on what me feel happiest and the most me. I spent more quality time with my friends (who all thought he was trash anyways), loosened up with my family, bought a guitar and got two new jobs. I was doing better than ever and Kyle had nothing to do with it.

The most important relationship you have in life is the one you have with yourself. And yes, that sounds cheesy, but it is true. The right person will make you feel more yourself than ever. Comfortable with who you are. With the life you live and who you want to be.

Months after Kyle, I could finally see how manipulative and controlling he was. Not only to me - but his girlfriend, too. He wasn't thinking about what we wanted or what we were going through, but how he could best service himself. Two beautiful girls wanted his attention. Instead of respecting us both, he played us. Hard.

I've never been happier to have someone break my heart. Because why would I ever want to be with someone who was okay with manipulating me? Who was cool with putting me up against another girl? Going behind someone's back? Who was too selfish to let me be happy without him?

Today, I am incredibly happy. I'm seeing someone who is so sweet and kind that sometimes, I don't know how to react. A text that's responded to in a couple of hours?? Actual inquires about my day?? Thoughtful dates and consistent communication of how we feel?? Is this what a real relationship is like??

This one's for you, fuck boys. For screwing up so royally that I fully appreciate just how good my guy is. I know slimy kids like you are still slithering in the streets, scouring for your next ego boost/bootycall. I'll be showering my boy in beers and booty-pics, knowing you're never getting near me again.

So really, thank-you for being the fuck boy you are. You helped me realize just how great I have it without you. God bless and see you never.