This New Mexico Ghost Town Is So Haunted, A Netflix Show Was Based On It 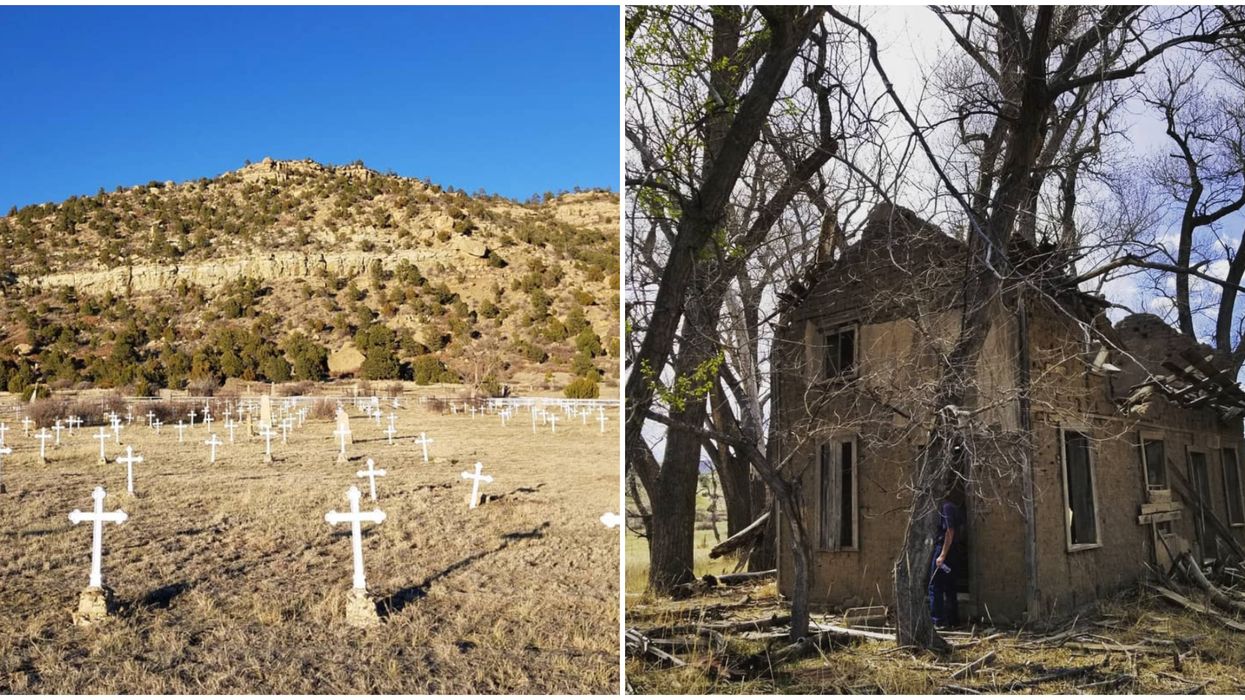 Watching a horror movie from the comfort of your home is fun, but there's nothing more fun than actually visiting somewhere riddled with ghosts. Horror fanatics should consider visiting this haunted New Mexico graveyard, that at one point was a part of an entire Wild West town. The town has such a rich history, it even has a Netflix show based on it. Now that only a graveyard remains, who knows what (or who) you'll stumble upon!

Dawson, New Mexico was once home to an entire town, until two separate coal mine explosions killed hundreds of people, and was eventually shut down, causing the town to be sold.

On October 22, 1913, just 12 years after the Dawson coal mine opened, an explosion in the mine killed 263 miners and two rescuers.

These two tragedies weren't enough for the town to be shut down right away; in fact, it wasn't until the mine closed in 1950 that the entire town was sold by Phelps Dodge.

Just imagine how that made all of those spirits feel. Now, all that remains is a cemetery.

The town of Dawson at one point had its own newspaper, a theater, hotel, hospital, baseball park, golf course, bowling alley, and more.

These days, you'll be greeted by abandoned buildings and a massive cemetery where the spirits of many who were killed in the coal mine explosions are said to remain.

Many find this town incredibly spooky — the Netflix show Godless was based in it during the times of the coal mining accident.

To explore the town yourself, you can travel 17 miles east of Cimarron on US 64 and A38. Keep your eyes out for a massive graveyard.

Stay safe out there, ghosthunters!

Why You Need To Go: You'll get major Blair Witch vibes and have a ghost story to take home with you.

We strongly advise that before you go swimming or visit any location, you check the most recent updates on potential hazards, security, water quality, and closures. If you do plan to visit a location, respect the environment and obey any local laws.