Take a walk down memory lane with these old celebrity pairings. 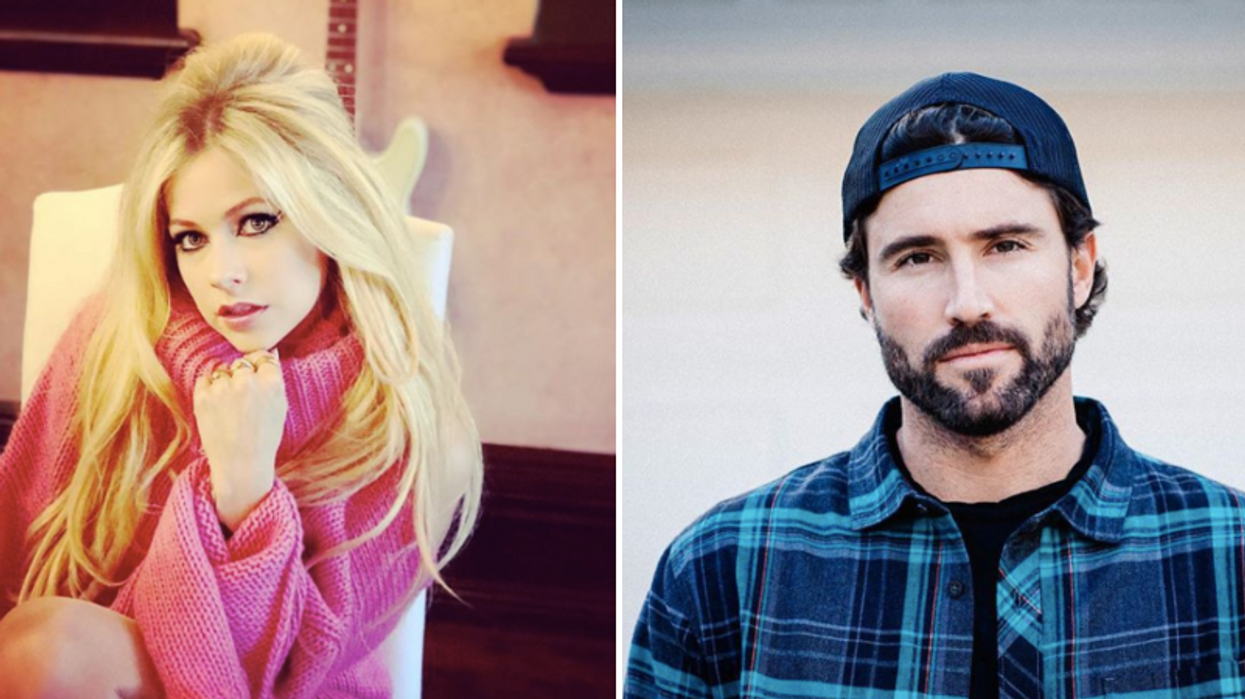 Canadians have been a part of some seriously cute and beloved celebrity couples, such as power couple Ryan Reynolds and Blake Lively.  But there are a ton of other totally random and bizarre Canadian relationships that you probably forgot about or never even knew existed.

We're here to help you take a walk down memory lane and rediscover these famous couples with Canadian celebrities that we wouldn't have guessed were together or totally forgot about. Some are cute, some are weird and some are just straight out of left field. This couple was one of the cutest Canadian pairings ever, RIP. Canadians Ryan Gosling and Rachel McAdams first met on the set of The Notebook in 2003. They didn't get along on set at first but eventually fell in love and ended up being one of the cutest Hollywood couples to have met on set ever. The two are both seriously talented actors and together look like the winners of the genetic lottery.

The broke up in 2007 and no definitively clear reasons were given by the actors. Ryan Gosling did say this about their relationship in 2011, which made us a die a little bit inside. He called her one of the greatest loves of his life and said "people do Rachel and me a disservice by assuming we were anything like the people in that movie. Rachel and my love story is a hell of a lot more romantic than that". Could they have been any cuter?

Even though they are both in relationships now, we can't help but reminisce over this power duo. Rachel McAdams recently gave birth to his first child with boyfriend Jamie Linden and Ryan Gosling has two kids with longtime partner, actress Eva Mendes. Before he was married to Blake Lively and the two redefined couple goals for us, Vancouverite and movie star Ryan Reynolds not only dated but was married to another Hollywood movie star: Scarlett Johansson. Both actors have played superheros–Ryan Reynolds starred in the Green Lantern and Scarlett Johansson has been the Black Widow in the Avengers movies.

The two got married in 2008. After a two year marriage, they called it quits. There haven't been any definitive answers revealed as to why they split. They released a statement that honestly didn't say much. It said, "After long and careful consideration on both our parts, we've decided to end our marriage. We entered our relationship with love and it's with love and kindness we leave it".

Today, both stars are happily remarried. Ryan Reynolds has two kids with Blake Lively, who he first met in 2010 when filming Green Lantern. Scarlett Johansson has since gotten married again and divorced again. She is now dating Saturday Night Live writer Colin Jost. This Canadian couple was out of the spotlight for years, so long that we pretty much forgot about them. Avril Lavinge was a popular Canadian singer in the 2000s, and is known for hits like "Sk8er Boi" and "Complicated". Chad Kroeger is the lead singer of Nickleback. Lavinge recently decided to make a comeback after five years with a new single called "Head Above Water" that was released last month, which talks about her intense battle with Lyme disease.

They got a divorce in 2015 but remain "the best of friends" and continued to make appearances together. Kroeger even helped out Lavinge with her new 2018 single. They were married for two years from 2013 to 2015. Here's a random throwback couple for you: Canadian singer Michael Bublé and actress Emily Blunt dated for several years back in the 2000s. The stars started dating in 2005 and called it quits after three years of dating in 2008. There have been rumours that their breakup was due to Bublé cheating, which the singer has shut down. In an interview, Blunt was asked whether they split because of him cheating on her, to which she replied "I don’t know, it’s complicated. I never want to talk about it. I can’t do it". Bublé responded to the allegations and told ET Canada, "It didn’t end because of cheating. It ended because we weren’t right for each other".

They are now both happily married with kids, so what's in the past is in the past. Blunt is married to Office star John Krasinski with whom she has two kids and Bublé has three kids with Argentinian actress and model Luisana Lopilato. Before she was married to Chad Kroger, Canadian singer Avril Lavigne and reality TV star and half-brother to Kylie and Kendall Jenner, Brody Jenner were actually a thing. And not for a short amount of time, but for two years! The couple dated from 2010 to 2012. They even went on double dates with Kim Kardashian and Kris Humphries. Oh my, how times have changed.

Nowadays, Avril Lavinge is known to be single since her split with ex-husband Kroger. Brody Jenner married his longtime girlfriend Kaitlynn Carter this year in Bali, and they have been together for four years. Before he was a 24-year-old married man to Hailey Baldwin and between all the Jelena drama, Justin Bieber briefly dated Sofia Richie, who is a model and the daughter singer and songwriter Lionel Richie. The pair dated three years ago but it caused a backlash from fans.

Probably the most covered celebrity relationship of 2018, Justin Bieber recently got engaged and then married to Hailey Baldwin. Sofia has had her fair share of famous flings. The 20-year-old model is currently dating Kourtney Kardashian's ex, 35-year-old Scott Disick.