The matter has been forwarded to RCMP. 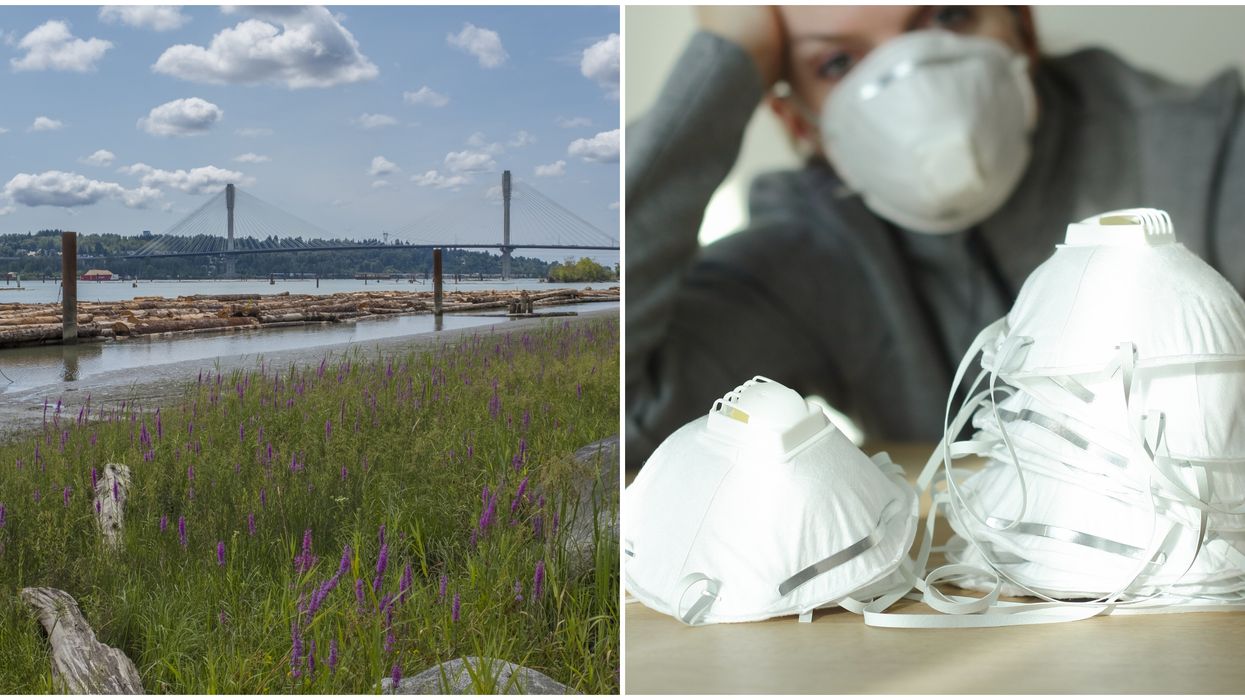 Everyone loves a good side hustle. Over the weekend, two people in Port Coquitlam were caught selling marked-up surgical masks at a city park on Friday, March 20. However, even after getting fined, one of the two returned to the same spot the following day to continue their operations. The woman was with someone both days, though it's not confirmed if it was the same person.

CTV News spoke to a concerned resident and witness, Kelly Robinson, who noticed tons of people passing through McLean Park on Friday. She was one of many who saw the make-shift mask business.

She noticed that the duo had set up a table and had a vehicle of surgical masks nearby. According to her, she'd seen a number of people driving up and paying for the masks, allegedly paying as high as $70 for just one.

In an email sent to Narcity, the City of Port Coquitlam told us that they sent their Bylaw officers to the scene at around 6:30 p.m. after receiving a complaint. The complaint included photos of the two people in question standing at a table and boxes of masks.

When the city employees arrived, the two were seen loading boxes into their vehicle. They were told that conducting unauthorized business in the park was not permitted.

The pair told them that "they had ordered masks from China for friends and that people were afraid to come to their house because of social distancing so they decided to do it outside," the city of Port Coquitlam explained.

However, the city's press release mentioned that the Bylaw staff were able to confirm with witnesses that cash had been exchanged in person between the sellers and some buyers.

The two of them were told again that they are not supposed to conduct buy-and-sell businesses on city property. They agreed to the notice and left under the observation of the city staff.

The city issued the sellers two tickets on Friday for operating without a business license and for conducting unauthorized business.

Believe it or now, the pair reportedly returned to the same park the following day on Saturday, March 21, according to CTV News.

The complaint forwarded to the city the following day featured a photo of the same woman from the day before with someone else.

The group received another pair of tickets on Saturday for the same charges. All in all, the fines came to $500.

The matter has been forwarded to RCMP for further investigation. Narcity spoke to a representative of Port Coquitlam RCMP who told us that no arrests have been made in relation to this particular occurrence.

They told us that reselling is not a crime; it's not in the criminal code. But if local politicians created a bylaw around reselling, then the RCMP would move to enforce it.