The Moon Will Literally Be Smiling Over Texas Next Month

Space is smiling back at us. 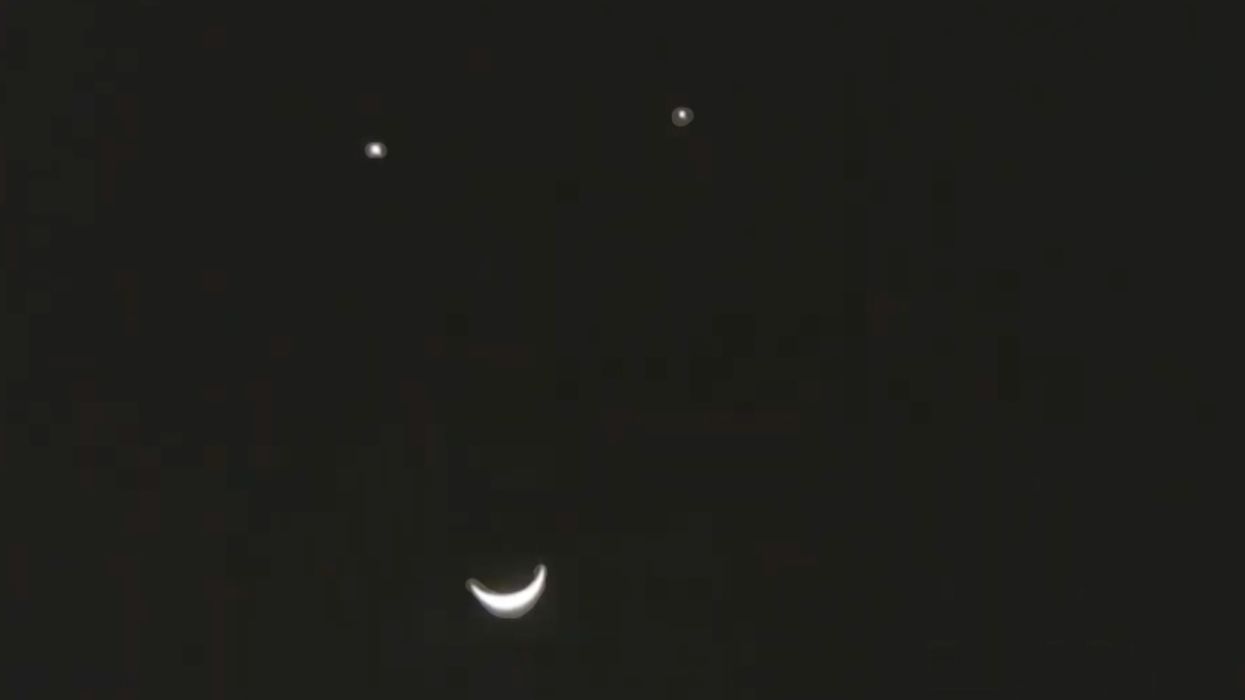 This April, the sky is going to see some beautiful astrological occurrences. Our evenings are all booked up with meteor showers, "blue" moons and more and we can't seem to get enough of stargazing. The exciting night sky events will continue on into the next month because a 'smiley face moon conjunction' this May is coming to light up your night with some happiness.

Jupiter, Venus, and the Moon will all be lining up to form a cute smiley face in the night sky. How cute is that?

These three planets are known as the 3 brightest celestial objects that we can see from Earth, making them the perfect planets to show off their shiny teeth.

The celestial event will happen over North America on May 16, 2020, so mark your calendars now.

The planets will only be visible in the evening sky just after the sun sets, and only for a limited amount of time. You'll have to be prepared for this one!

Though you could catch a glimpse at this giant smile from anywhere in the world, you might have a better chance of seeing it brighter and shinier from a big city.

You can check up on the Farmer's Almanac website for planet visibility during the days before the event to make sure you'll be able to spot it from your city.

Though the occurrence is somewhat rare, there have been some great sightings of it happening in the past.

This video by Youtube user dmitrivalencia shows how bright the planets were shining in the sky of December 2008.

Ethan Siegel, a Ph.D. astrophysicist with Forbes explains that our solar system's planets are located at different distances from the Sun and they move at different speeds, which is why what we see in the sky can happen so rarely and appear different from Earth's perspective over time.

This upcoming celestial event will definitely be one you don't want to miss seeing.

It might be a little tough to spot at first if you're not used to stargazing, so here are some tips to finding the smiley.

Some parts of the world will see the planets align as an adorable smiley face, while other spots will see an upside-down smiley! It's cute regardless.

North America will definitely be in the line of sight for this exciting occurrence, so pull out your trusty telescope (or just rely on your bare eyes) and get ready to see space smile back at you.