A State Of Emergency Has Been Called For Temagami, Ontario, Here Is Why

An evacuation alert has been sounded. 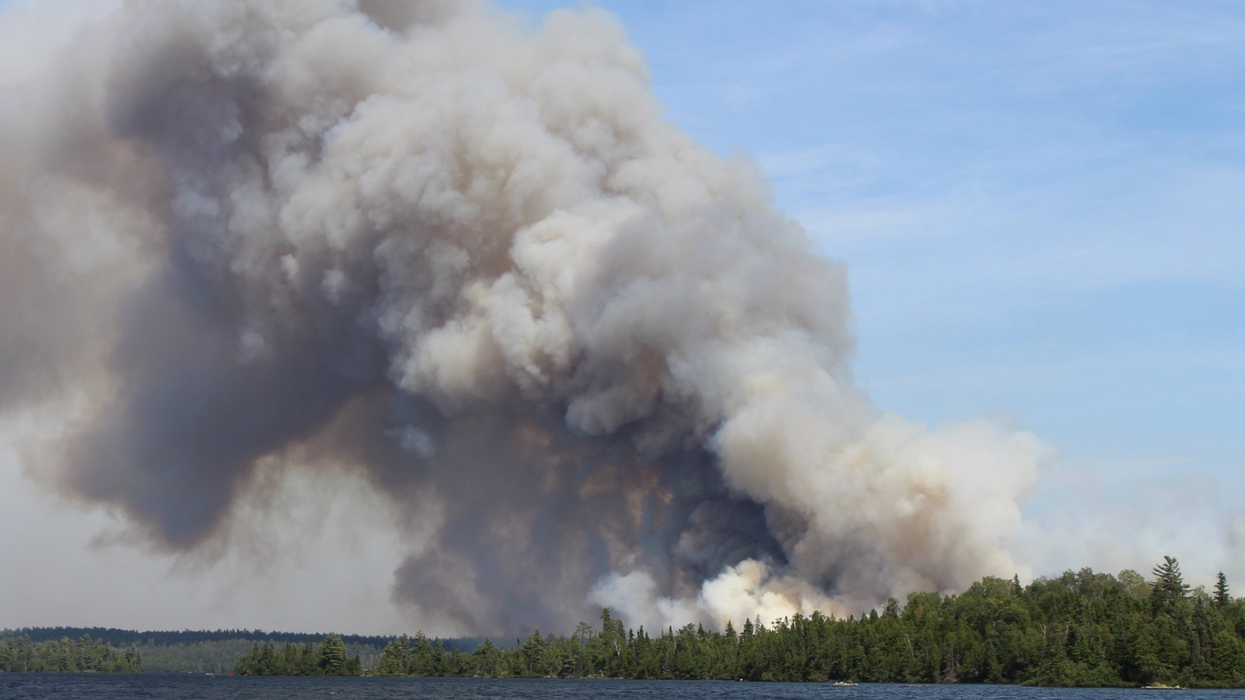 It’s summer in Canada, which means places can go for weeks without getting any rain driving the chances of a forest fire up.

We’re all used to hearing about forest fires burning in places like Alberta but they can happen anywhere.

READ ALSO: There Are Currently 78 Forest Fires In Ontario And 33 Of Them Are Not Under Control

One Ontario community is actually now under a state of emergency due to a fire that is burning right now in the province.

The community of Temagami in northern Ontario has been placed under a state of emergency by its mayor.

This comes after 20 homes had to be evacuated due to the fire.

Dan O'Mara, Temagami’s mayor, says that the community has opened the hockey arena as a place for those affected by the fire to stay.

The Ministry of Natural Resources and Forestry, OPP and local fire departments have been doing their best to contain the blaze.

#MNR Water Bombers working on an active fire south of #Temagami today. Some areas were evacuated for #PublicSafety. Please stay clear and consider alternate routes through the area. ^sh pic.twitter.com/CJuBz8EvqW

The biggest concern with the fire right now is the wind “I guess there is a concern that depending on which was the wind's blowing [it] could add other issues,” said O’Mara.

The fire was started by lighting this weekend and there’s some good news bad news for those battling it, as there is a thunderstorm forecast, but with that come lightning and the possibility more fires will be started.