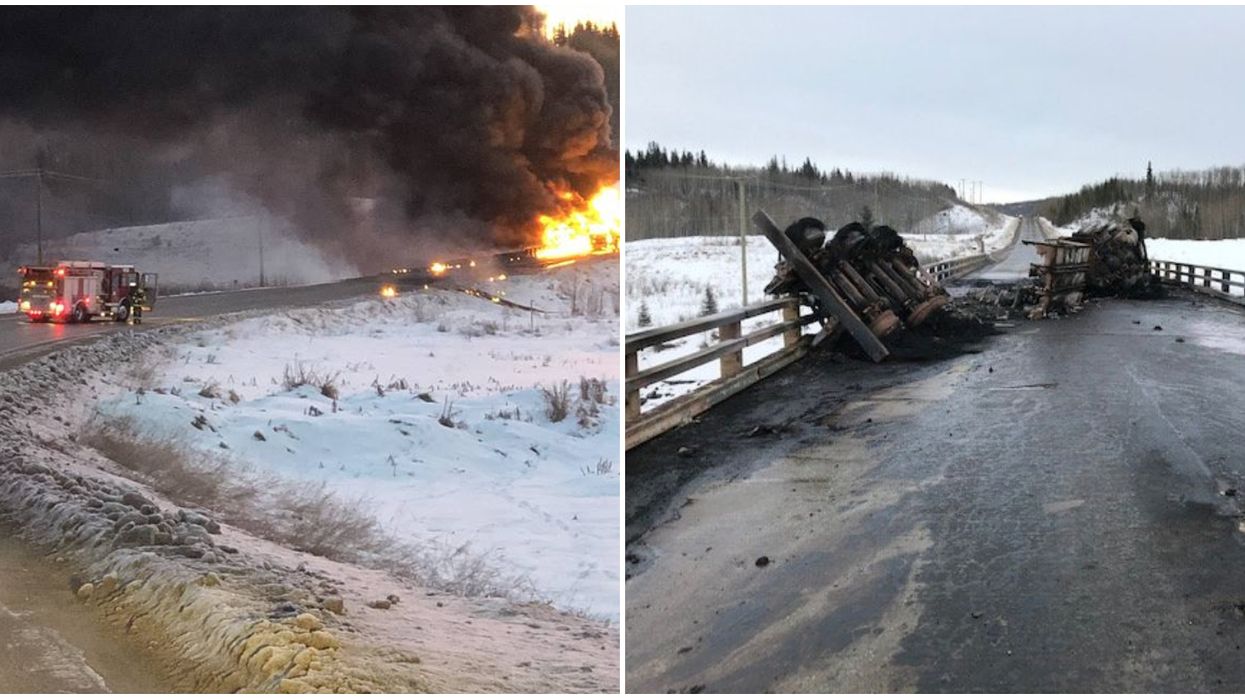 It's never good when a truck crashes, but it's even worse when that truck happens to be carrying crude oil. Unfortunately, that was the situation in British Columbia, when a tanker truck crash resulted in a crude oil spill and a massive fire.

The accident occurred at 1:40 p.m. on November 16. According to B.C. Spill Response, the truck was crossing the Puce Coupe Bridge near Dawson Creek when it crashed. The truck was carrying 40,000 litres of crude oil at the time.

Dawson Creek Fire Department, the RCMP, and an Environmental Emergency Response Officer were the first people on the scene. Upon arrival, the truck had already been mostly consumed by flames.

No details were given about what might have caused the accident, but the driver of the truck was taken to the hospital.

According to the report from B.C. Spill Response, oil was spilled on the bridge and there was "sheening" in the Pouce Coupe river below the site of the crash.

An environmental contractor from Oakridge Environmental Engineering Inc. will "conduct sampling and oversee remediation," according to B.C. Spill Response.

Absorbent boom will be placed downriver from the crash site in order to mitigate any additional spillage.

Work is currently being done to make sure the truck can be removed from the bridge to allow for clean-up efforts to be undertaken.

Canada has recently had a lot of debate about oil in the country. After Greta Thunberg visited Alberta, a mural of her was defaced with pro-oil sentiment. Similarly, pro-gas and oil counter-protestors were present at the Edmonton Climate March.

The spill is also similar to one that occurred in Alberta in August, when 40,000 litres of oil were spilled near Edmonton's water supply.