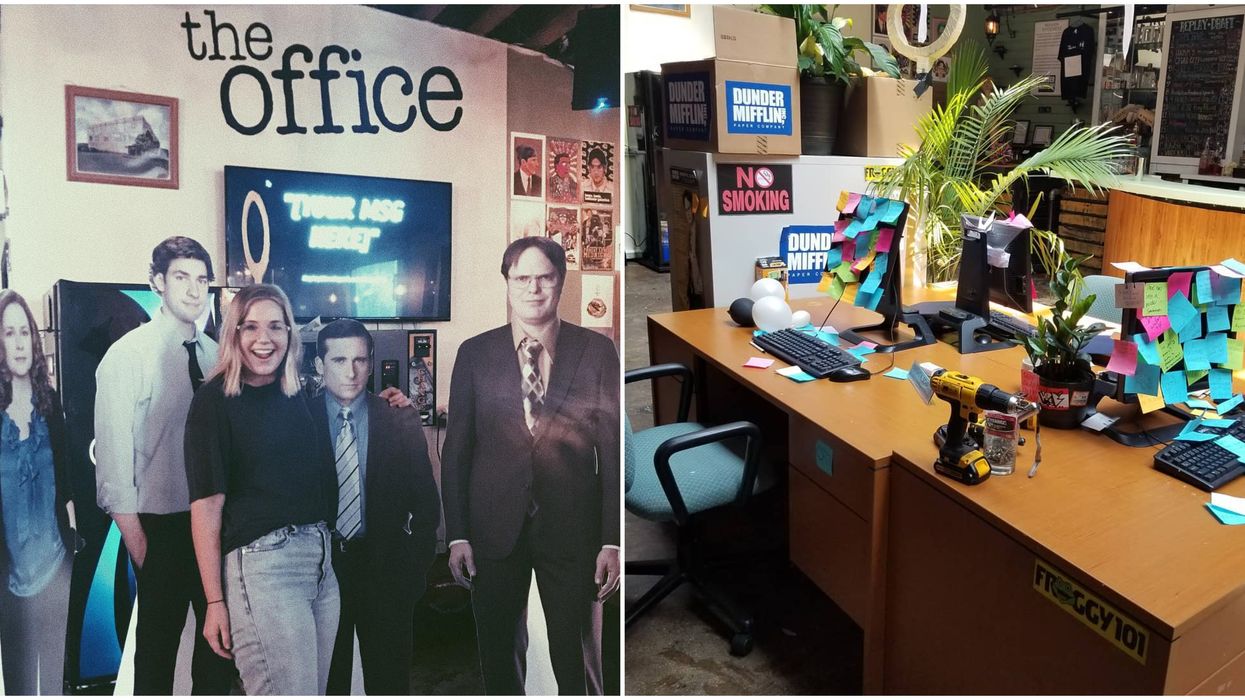 The Office is undoubtedly one of the best comedy shows ever made, hands down, no arguments necessary. Everything about it was just so great from the theme of boring office life to the totally weird characters that made us all fall in love to the constant comedy gold that was in every single episode.

That's why it's no surprise that a bar has recreated The Office in their space to make you feel like you're actually on the set of the show!

READ ALSO: You've Gotta Check Out This Store In Ottawa If You're Completely Obsessed With Christmas Replay Lincoln Park is an arcade bar located in Chicago, Illinois that holds all kinds of pop-ups of our favourite TV shows including Friends, Buffy The Vampire Slayer, South Park, and of course, The Office!

You may be thinking Chicago is not at all close to Ontario but it's actually only an 8 hour drive from Toronto and 6.5 hours from London which isn't really that far at all. I think all The Office lovers would be more than willing to make the drive for this unique and special recreation of our most beloved show! They've set up the desks in the bar exactly like how they were in the show, with the same computers covered in post-it notes. They've even set up live-size cutouts of all of our favourite characters so you can pretend you're drinking with them at one of their infamous Christmas parties!

They even have some of the classic jokes from the show like a stapler set in jello and Kevin's spilled pot of chili all over the floor! You can find references to the best parts of the show up on the walls like the 'It Is Your Birthday' sign, the Froggy 101 bumper sticker, Bears, Beets, Battlestar Galactica wrote on Dwight's desk, and so much more that you'll have to see in person.

There will be tons of drinks available at the bar so you can have a good time and drink some delicious cocktails while you're there. They hosted their first The Office pop-up in August but for the month of December they're opening it up again! Expect tons of Christmas-themed decorations like they had in all the episodes. Check out their Instagram page for more information and updates!