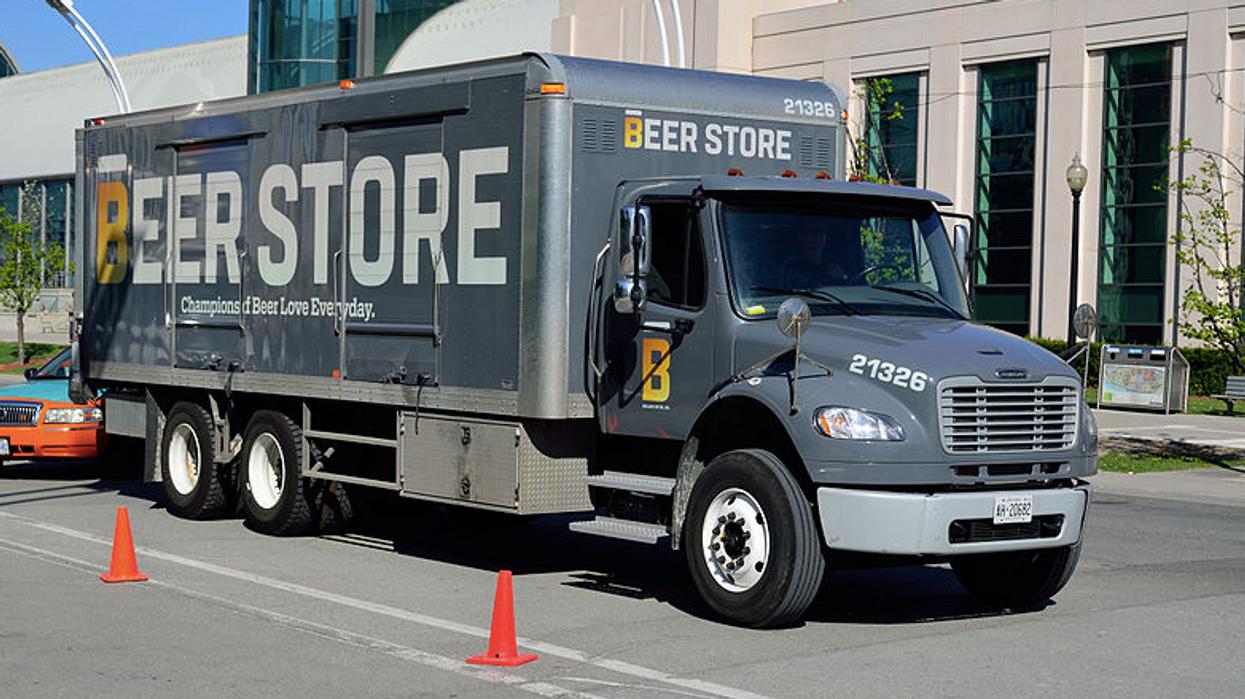 While beer may be the drink of choice for most Canadians, it also looks like the alcoholic beverage is the drink of choice when it comes to robberies. In yet another Canadian beer heist, OPP arrested two men on Monday after an entire tractor-trailer full of beer was stolen. According to police, it was estimated the trailer and its cases full of beer were worth around $100,000.

According to Global, OPP received a call on Monday morning from the owner of the vehicle, after it had been stolen from the Oxford County area. Two Ontario men were able to get into the vehicle and take off down the road, with cases full of beer in tow.

While the two Ontario man escaped with the trailer full of beer, they didn't get very far. Thanks to a GPS tracker that was installed in the tractor-trailer, OPP were quickly able to discover the vehicle was heading into the area of Brussels. OPP was able to locate the trailer and both men were arrested at the scene.

The men didn't seem to get very far with their new loot of beer, as OPP were able to recover the $100,000 worth of cargo that they had stolen.

While stealing a tractor-trailer full of beer seems like an odd crime, beer heists in Canada are actually a lot more common than you may think. In fact, in just the past few years, multiple beer heist incidents have been recorded throughout Canada.

More recently, thieves broke into a holding yard in Edmonton where they managed to steal two tractor-trailers full of beer. Two days after the robbery, police found the semi-trucks abandoned in an industrial area, yet all of the beer had been taken from the vehicles.

Police estimated that the thieves were able to get away with approximately $160,000 worth of beer.

Police have confirmed to CBC that the Brussels bandits will be facing charges. Roads had to be closed after the discovery of the stolen vehicle, as the truck was so far over the shoulder that a tow truck needed to be brought in to removed it from the scene.