There were 73 passengers and 7 crew members on the train. 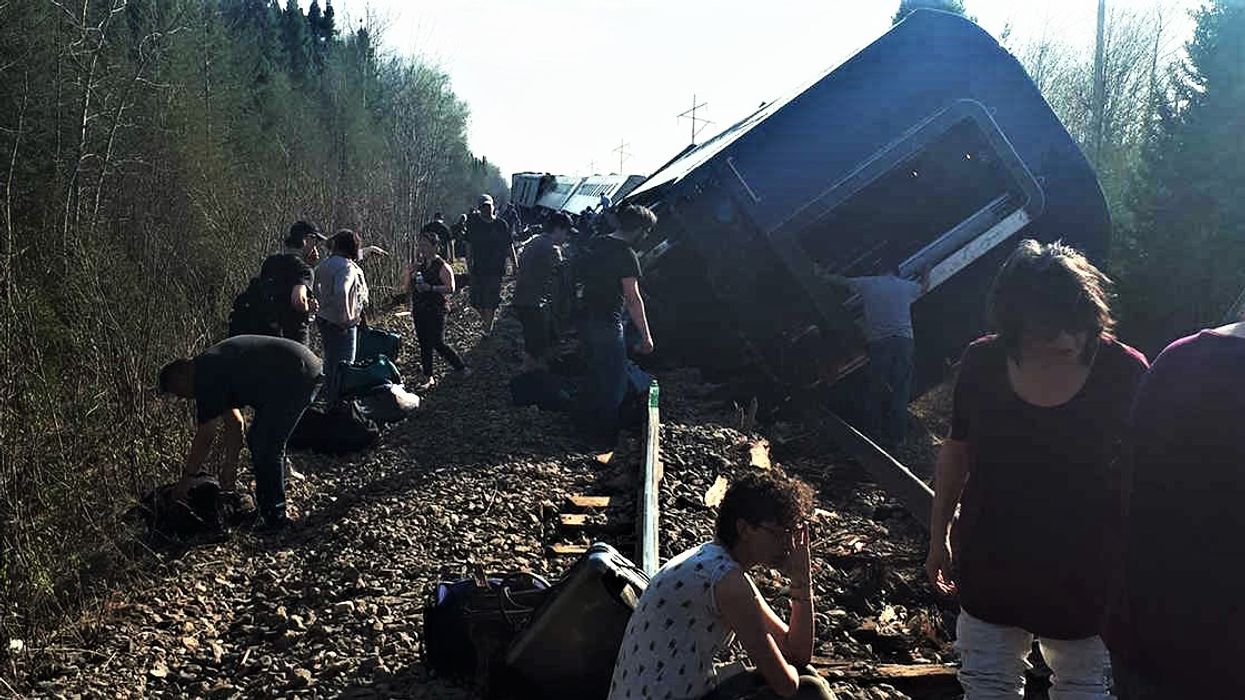 Some minor injuries have been reported, but nobody was seriously hurt. Ontario Northland says that emergency response plans were immediately initiated. Passengers had to wait while transportation was arranged to take them to safety.

One passenger on the trail named Dan W. Beck managed to capture photos of the terrifying incident, as well as videos via Facebook Live. The first video was taken inside the train moments after it derailed.

The clip is eleven seconds long, and there's lots of shouting and commotion. Behind the camera, someone asks, "Which way do we go? How do I get out?" The person filming suggests climbing out the window.

The next video shows the train from outside, toppled over completely on its side. People can be seen helping one another as they climb out of the train and onto stable ground.

In the background, people are heard shouting about a little boy who was on the train. "Tell him his mom and dad are coming, it's okay!" someone says.

In the final video, passengers arrive to safety in the bed of a truck where police and ambulance wait. Crowds of people and paramedics wait at the platform. As the camera pans over to the other passengers, it's clear that nobody was physically hurt, but undoubtedly shaken up by the whole thing.