Nova Scotia is apparently one of his favourite places in the world. 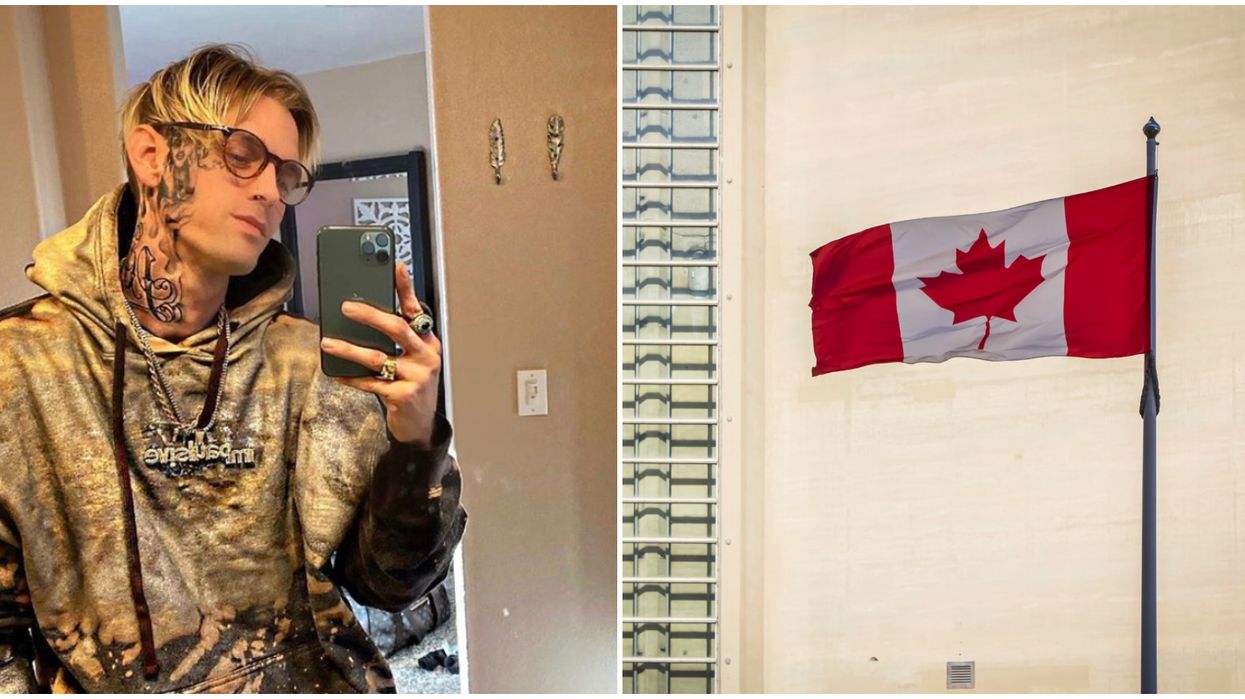 Canada is a great place to live, and plenty of people know it. It has lots to offer in terms of natural beauty, fun cities to visit, and, of course, socialized health care. Maybe that's why Aaron Carter wants to move to Canada, a decision he announced on Twitter on October 5.

"Ok guys I have a BIG announcement, I Found my new home and I'm starting the process on buying this home tomorrow," Carter wrote in a tweet that has since been deleted. "#WeAreTheNorth I'm in the North Pole now! you can't find me now! #GoodByeAmerica #NorthWestTerritories."

It's hard to determine if Carter really wanted to move to the NorthWest Territories, or if he was just using that term to describe all of Canada.

He followed that tweet up with two more on the same subject, writing, "So I’m about to get a rental car and drive a few hours to go see my new home. I’m move fast. My Brother in law Mike lives here and my niece Alyssa so I have family here and Nova Scotia is one of my FAVORITE PLACES IN THE WORLd! Plus it makes for shorter flights for Europe tour."

So is Carter moving to Nova Scotia or the Northwest Territories? Still can't tell.

He then tweeted, "I hope Canada welcomes me and doesn’t treat me the way people do in America it’s really foul I had to get out and I moved quick. Pun intended."

Carter's mental health has been focused on by the media after his brother Nick issued a restraining order against him.

"In light of Aaron’s increasingly alarming behavior and his recent confession that he harbors thoughts and intentions of killing my pregnant wife and unborn child, we were left with no choice but to take every measure possible to protect ourselves and our family," Nick shared in a Tweet on September 17.

Aaron Carter recently almost cancelled a performance in Halifax after the police arrived at his home and after he was apparently detained at customs, although some fans seemed to think that the situation was not real.

Carter continued to tweet about Canada, writing that his favourite coffee is a Tim Hortons Iced Capp, and also sharing a photo that is supposedly the view from his new place (wherever it is). His location on Twitter had also been changed to Canada as of October 6.

Carter had previously been diagnosed with schizophrenia, bipolar disorder, manic depression, and anxiety, according to ET Canada. He also recently shared photos of his recovery from drug addiction.

Disclaimer: Cover photo on the right used for illustrative purposes only.