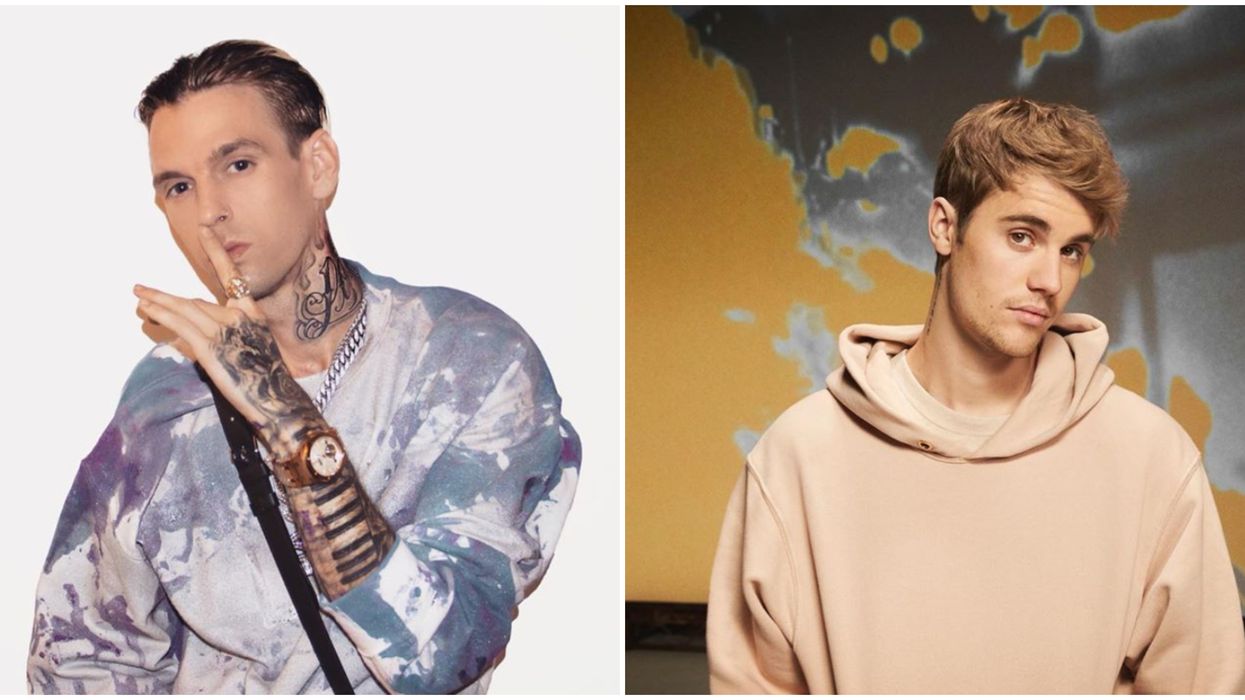 For years and years, popstars and boybands have been fighting for their individuality not only in the music industry but in the minds of their fans as well. It's likely that the male pop singers that you listen to today have been compared to the boybands that your mom grew up listening to when she was younger, and anyone who's ever been labelled or put in a box will tell you exactly how annoying that can feel. Artists don't want to be compared to anyone else - they want to have their own identity and a fan base that likes them for who they are, not who they seem to be. Aaron Carter's Canada move has the star comparing himself to Justin Bieber.

Aaron Carter has been making a lot of headlines lately, from his addiction recovery to his sudden move to Canada. The singer sure knows how to catch people's attention and keep them guessing. Carter's latest project is a show called Marriage Bootcamp: Family Edition, and in a clip from the show (that is, unfortunately, unavailable for streaming in Canada), he and his mother can be heard bickering over Carter's opinion on Canadian pop star, Justin Bieber.

Carter has publically feuded with Bieber in the past before, and when Bieber heard about Carter's comments, he was quick to shoot back via social media. The Canadian star has been filling his IG page up with throwback photos of him as a child, with bleach blonde hair.

"I’ve been bleaching my hair way longer these guys out here," Bieber captioned the above photo. At the end of the Marriage Bootcamp clip, Carter can be heard attempting to create a distance between him and Bieber, saying, "No, guess what? I am no Justin Bieber. I am Aaron Carter."

If Carter does really want to squash the beef between him and Bieber, he'll want to do it ASAP - especially if he's planning on moving into his "castle" in Nova Scotia anytime soon.