Netflix's "Killer Inside: The Mind Of Aaron Hernandez" Is Shocking Viewers To Their Core

So much new information was revealed! 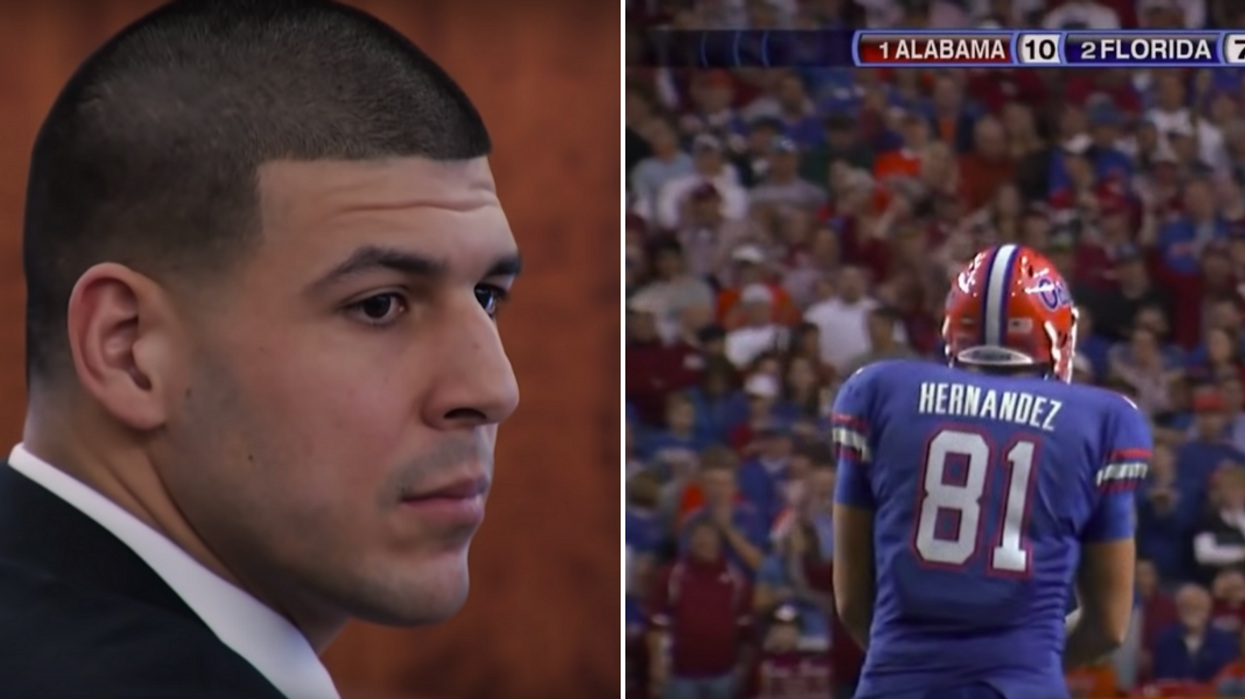 True crime fans can rejoice! Netflix is feeding your bingeing needs by premiering yet another mindblowing docu-series. Killer Inside: The Mind of Aaron Hernandez was released on January 15, and people can't get enough. Some viewers are even calling it a better series than Making a Murderer.

Like Netflix's other most recent documentary, Don't F*** With Cats: Hunting an Internet Killer — which follows the life of Canadian killer Luka Magnotta — it is also told in three parts.

It focuses on the life, conviction, and premature death of former NFL player Aaron Hernandez spanning from 2013 to 2017.

Hernandez was known to have had a rough upbringing. With tense parental relationships to getting involved with the wrong crowd, his childhood was filled with gangs, drugs, and violence.

That all changed when he managed to score a $40 million contract with the New England Patriots.

However, that all came crashing down when he was charged for the shooting and murder of fellow football player Odin Lloyd, who happened to be his sister's fiance.

Through interviews with close friends and family members, as well as looking through footage from his trials, this documentary gives a whole new perspective to the very public case.

The already heartbreaking story becomes a chilling nightmare when phone calls from inside his prison cell are released and letters he wrote while still imprisoned are found.

People who have already watched the documentary are shocked at what this new information is revealing.

This Twitter user perfectly summed up what this documentary is doing for the Hernandez case, "Whew they are spilling alllllll of the tea."

Subscribers are already telling others to get in on the newest case info, "you definitely need to watch this Aaron Hernandez thing on Netflix." Even comparing it to another infamous docu-series "it 1000x better than Making A Murderer!"

@JustaDiscussion you definitely need to watch this Aaron Hernandez thing on Netflix, it 1000× better than Making A… https://t.co/GjLBVJfQHF
— The News Gizzy™ (@The News Gizzy™)1579096287.0

Others just couldn't get over how shook they were after watching it. They called the series things like, "mad," "wild," "a trip" and "crayy."

Fan @Avalanche_145 concluded, "Damn just watched the Aaron Hernandez doc on Netflix and I gotta say wow that was great."

Killer Inside: The Mind of Aaron Hernandez is now streaming on Netflix Canada.