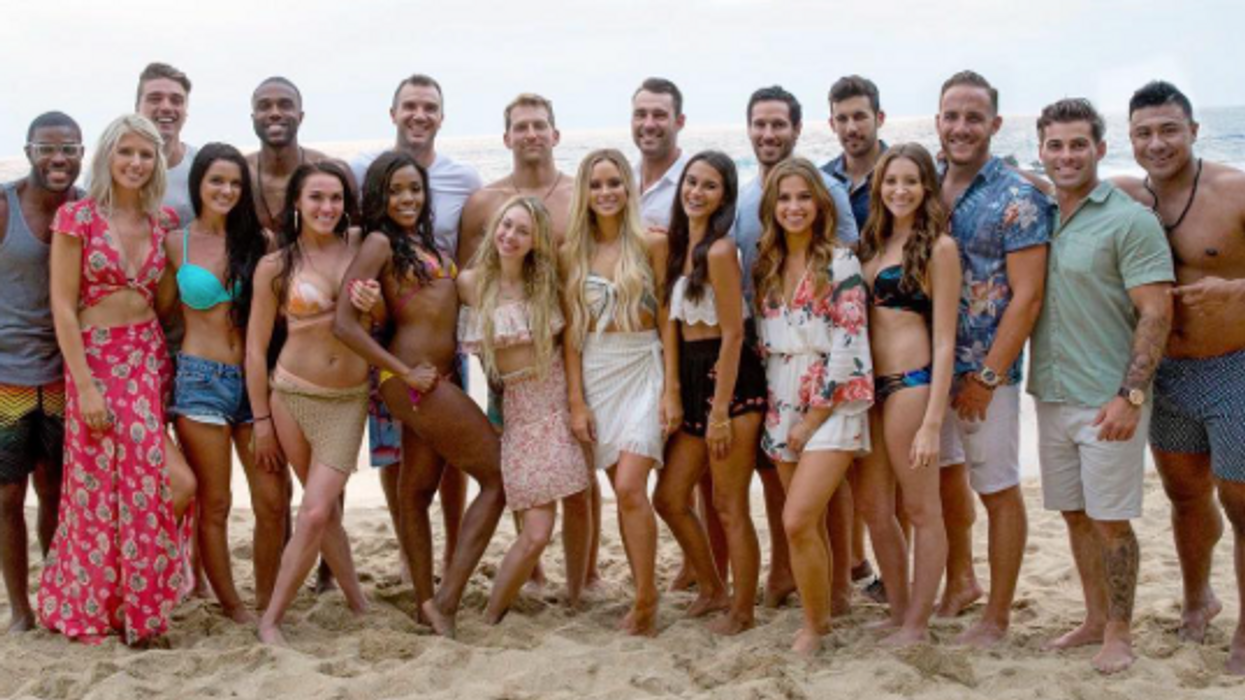 OK. STOP EVERYTHING. We are feeling so many things with this recent season of Bachelor in Paradise and in turn, who the hell is going to be the next Bachelor. Now that our Dean dreams have been squashed (see #MeanDean article for the sad deets), we're left wondering who we can look forward to watching next season.

Bachelor/Bachelorette producer Mike Fleiss has been dropping some serious details on his Twitter these past couple days hinting at who tf we can expect to see as the lead next season. As usual, Bachelor Nation plays a HUGE part in deciding who's going to be the next season lead. (Remember when we all picked Juan Pablo and then immediately regretted it 2 episodes before his finale? Classic. ) Fleiss is making sure fans know what the odds are of their favourites making it.

First Big Clue... #TheBachelor will not be from Jojo's season.

Ugh, this sadly eliminates our true bartender bae, Wells. Sad days but we'll hopefully be seeing you, and Danielle M, soon. This also means Chase and Luke are out of the running, too. For a second I thought that Nick Viall might make a comeback, but Fleiss was quick to nip that in the bud.

Nick is NOT the next #TheBachelor

Fleiss also confirmed the inevitable, that Dean will not be the next Bachelor - "at least not this year," he added. Possibly alluding that the star will make a Nick Viall-style comeback over the next 12 months. Fleiss has also been updating top-5 style lists of potential leads - some including some INCREDIBLY choices, like Arie Jr. from Emily Maynard's season or a SECOND season of Ben H (PLEASE). The latest top-5 list read like this:

If the next Bachelor truly isn't from JoJo's season, we can eliminate Wells and Chase..meaning the next Bachelor is either Peter, Ben Z or Eric. Fleiss noted that a fans guess at Wells was 'warmer' than other guesses. Nick Viall really made some insane progress with Bachelor Nation on Paradise last year, which has me thinking Ben Z might just be our guy........Fleiss still says that "all options are on the table" but I don't know how to feel about this guys. Would you watch Ben Z? Or are you (like me) hoping that they bring Ben H back for a second season?!