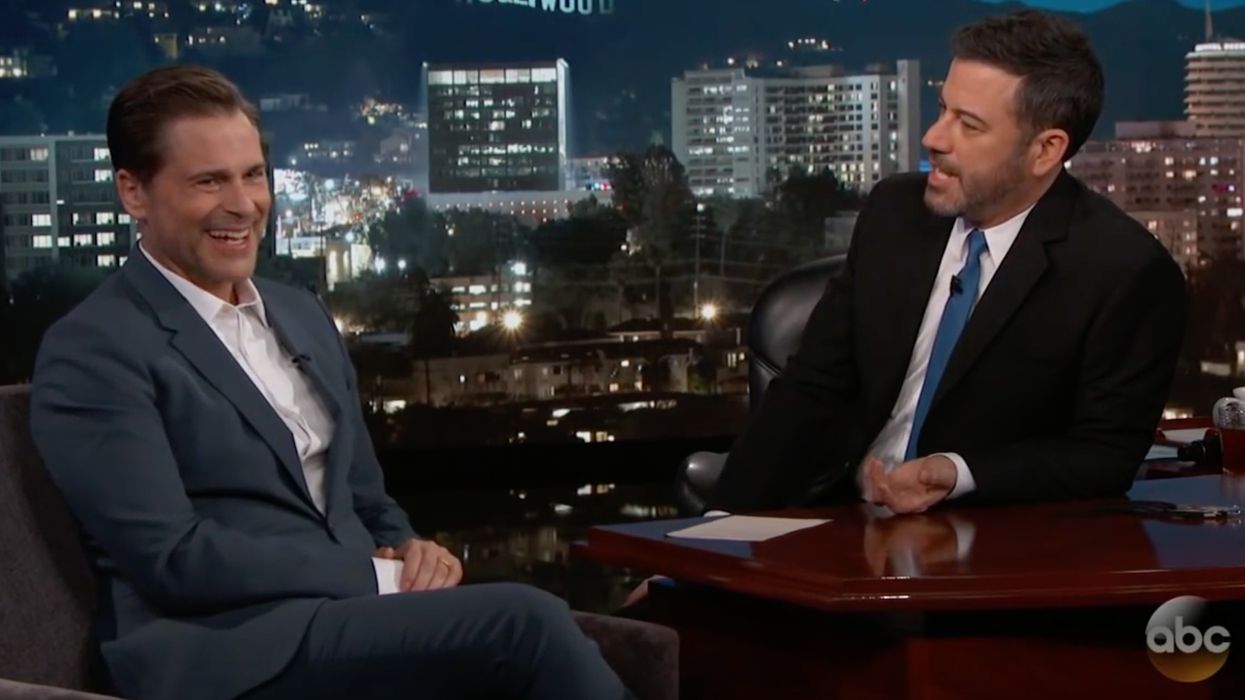 Rob Lowe is facing a lot of criticism after the jokes he made on Jimmy Kimmel Live about the tragic Halifax explosion of 1917. The explosion killed 2,000 people, injured 9,000 and left 25,000 people homeless. Not only were his jokes perceived as offensive and inappropriate, some of the details he shared about the tragedy weren't even true.

Rob, who appeared on Jimmy Kimmel to promote his upcoming movie Super Troopers 2, claimed he's so "obsessed" with the Halifax explosion that he was actually given the nickname "the Explosion" in the film. For someone so "obsessed," he really got his facts wrong. Rob said that some victims of the explosion were "blinded by light," when in fact they were blinded by shards of glass. He also described a First Nations tribe being lost, when in fact they survived.

Talking about the tragedy, Lowe said that the death toll is "not good for comedy." He joked by describing a made-up scene in which Canadians were too polite to move away from the ship filled with dynamite and collided with it, causing the explosion to happen. Jimmy Kimmel joked back with, "It was 100 years ago so we can laugh about it." Yeah, not exactly. "Absolutely everything Rob Lowe said was wrong about the Halifax Explosion," one author said on CBC, "I think it's outrageous that he would name a character after something which was indeed a terrible tragedy. It really happened to real people."

Rob has yet to respond to the criticism, but we think he definitely owes the world an apology for having to witness such a cringe-worthy TV appearance.