She used to attend LSU! 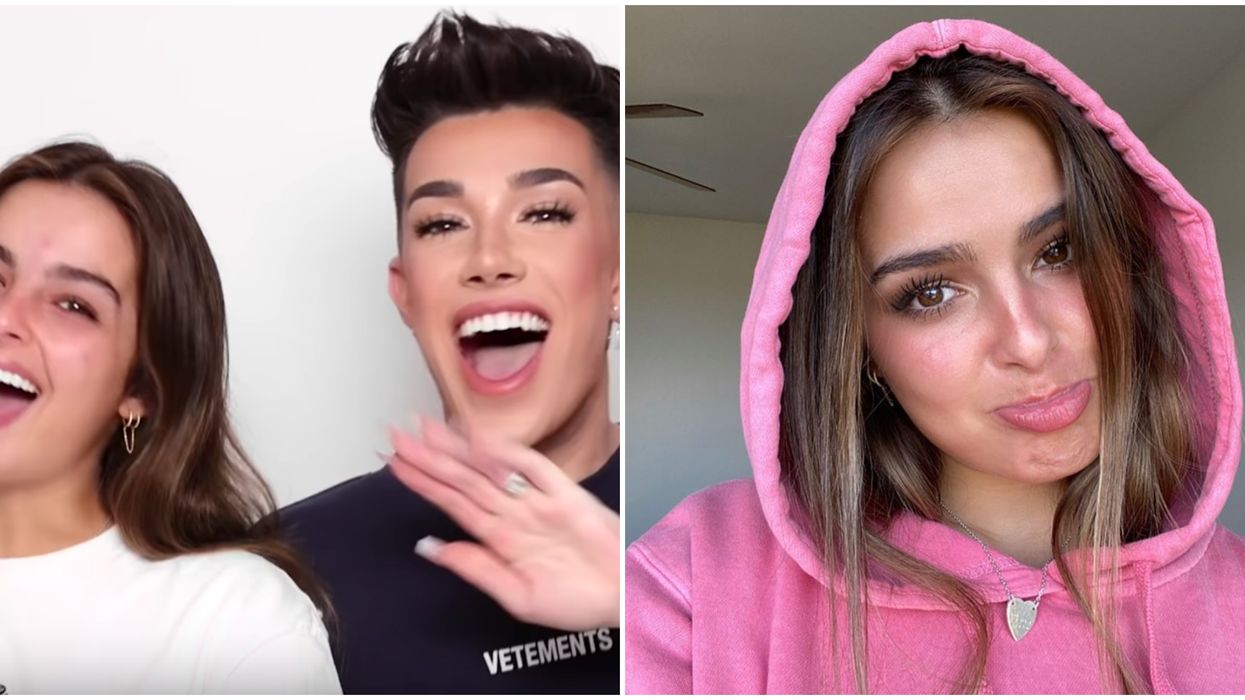 If there's one thing we can appreciate right now, it's our favorite YouTubers continuing to put out content to keep us entertained during these boring times. James Charles has been serving looks alongside many famous TikTokers lately, with most recently being Addison Rae! In a video uploaded by James today, Addison Rae showed off her Louisiana roots and shared her rise-to-fame story while getting her makeup done by the king of makeup.

The video started as James' always do, by greeting their fellow sisters. James continued by introducing Addison for those who might not know her, but, if you have a TikTok account, you probably do.

Addison begins to share her rise-to-fame story which all started in July of 2019 when she first downloaded the TikTok app.

It took just two uploads before Addison started to get a taste of what it's like for a TikTok to go viral. By October, Addison had gained one million followers on the app.

But before all of this, Addison was living about as normal of a life as you'd expect from a teen living in Louisiana. Hanging out with friends, attending LSU, and studying to become a sports broadcaster.

"Baton Rouge, right?" asked James in reference to where Addison grew up. "Yes, well I was born in Layfette," said the 20-year-old influencer.

Addison began college at LSU in October, with just a few hundred thousand followers at that point.

During a trip to LA in September Addison met Taylor, Bryce, and Chase, a few other famous TikTokers.

From there, she was invited to be apart of the now-famous Hype House.

For those who don't know, the Hype House is a mansion where TikTokers come to collaborate on videos.

Being invited to the Hype House was a ticket to fame for Addison, and from there she decided to "resign" (as she puts it) from school at LSU so she could follow her dreams as an internet sensation.

Towards the end of her storytelling, Addison let some Louisiana slang slip, saying that she "went eat" instead of "went to eat" and saw nothing grammatically incorrect about it."Maybe that's a Louisiana thing," said Addison.