It will have on-board Wi-Fi, access to Crave and loads of extra seat-space! 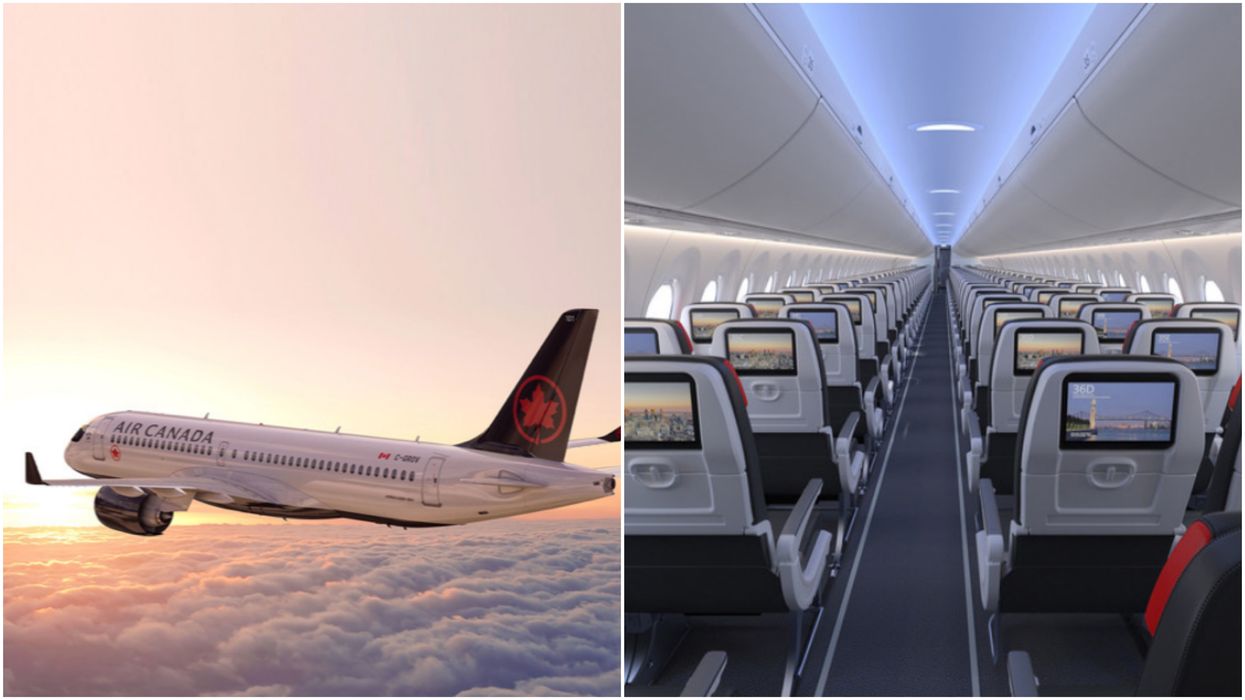 For anybody who has been sat in work dreaming about their next holiday or summer getaway- I have great news for you! Air Canada have just announced two new routes leaving from Montreal and Toronto, and the possible destinations are endless. Even better, the airline is also offering special introductory fares so you may even be able to win yourself a real bargain! If this isn't enough to make you dig out your passport, their new aircrafts also have a bunch of pretty cool new features, and they all sound so bougie!

According to the news release from Air Canada, their new routes will be operated by their brand new ‘Airbus A220-300’ aircraft, and they will be the only service in Canada that can fly non-stop between Montreal and Seattle, and Toronto and San Jose, California.

The best part about the new Montreal route is that it is timed perfectly for connectivity to fly to and from all over Europe and North Africa, meaning a holiday to Paris, London, Rome, Amsterdam or Dublin could be closer than you think!

The new services will begin in spring 2020, with the first flights on the new route taking off on May 4. For anyone thinking of booking a cheeky vacation to Seattle or San Jose specifically, Air Canada is offering special introductory fares on these routes, with an economy seat from Toronto to San Jose starting at $297 one-way, all in!

That said, if you’re after a bargain, you need to act quick! Air Canada is only offering these discounted fares until August 28, 2019, and are only available on select dates between May 4 and July 31, 2020. Bookings can be made online via their official website.

If you do decide to make a booking, you’re in for a treat! Air Canada’s newest aircraft will have some pretty bougie features inside, making it a step-up from all of their other economy cabins.

According to their news release, the new planes will feature onboard high-speed Wi-Fi, USB power ports for all passengers, larger windows with “ambient and customizable mood lighting” that is said to reduce tiredness, extra shoulder room, extra personal space, higher ceilings, and extra overhead baggage space.

We are excited to reveal the first new routes & interior of the latest addition to our fleet, the Quebec-built… https://t.co/aPSNtZWsBz
— Air Canada (@Air Canada)1565777063.0

The airline is taking discounted bookings on their new routes from Montreal and Toronto in their fancy new planes from today! But if you're thinking of booking a trip, don’t delay! Introductory offers finish at the end of August and prices are likely to go up from September. Happy holidays!