Severe Wind Warnings Are Now In Effect Across BC And Alberta

Hold onto your hats, gusts of up to 100 km/h are expected. 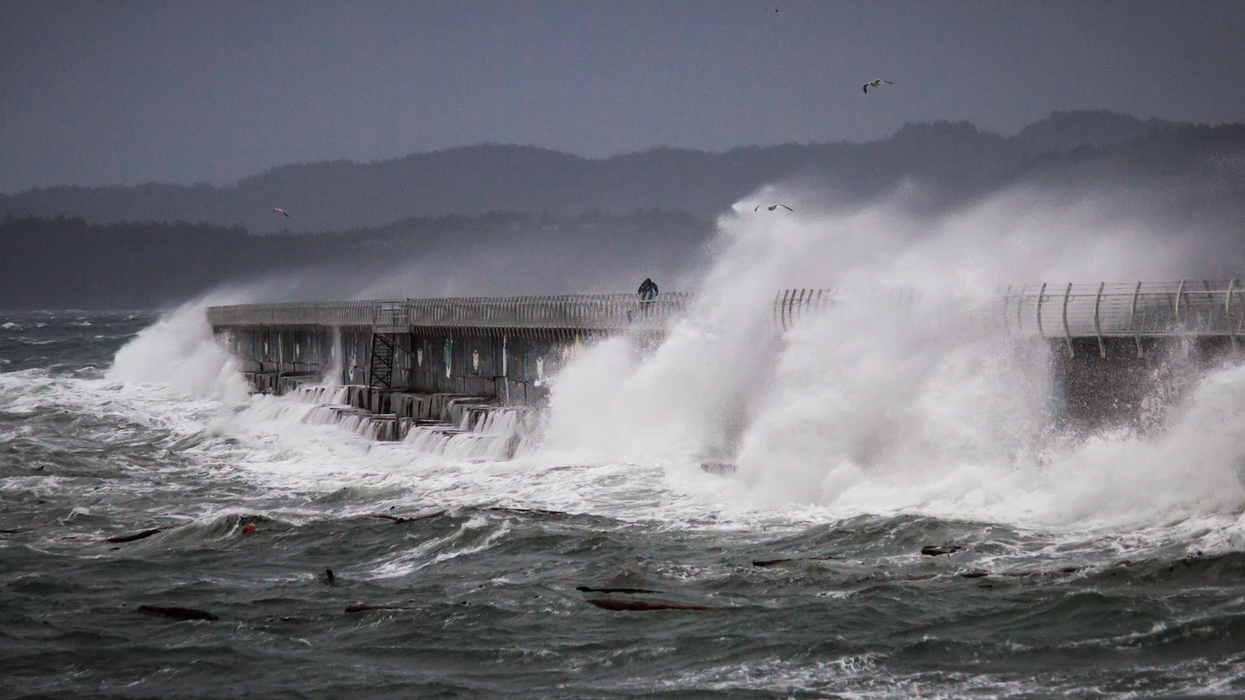 If there's one thing most Canadians can agree on, it's that we're not ready for winter just yet. Albertans suffered a brutally soggy summer this year, so fingers were crossed for brighter days in the fall. Unfortunately, the forecast isn't exactly favourable. It's looking like mother nature is calling for an indoor day, or even an indoor weekend, for a lot of Alberta and B.C. More specifically, serious Alberta and B.C. wind warnings were issued on Friday, October 25. In addition to the wind, parts of Alberta are in for snowfall.

Let’s start with Alberta and go west from there. Environment Canada has issued several weather warnings across Alberta. Snowfall warnings are in effect in Jasper National Park, Banff National Park, and a few other areas. If you were considering exploring in the national parks this weekend, we hope you’ve got your snow tires on and some serious layers packed. We’re looking at about 10 to 12 centimetres.

As for wind, warnings are in effect for Edmonton, Canmore, Kananaskis, Okotoks, Red Deer, and more surrounding areas. We’re not talking a little breeze, we’re talking wind gusts of up to 100 km/h, according to Environment Canada. This explains why Environment Canada is describing the winds as "damaging".

According to Environment Canada, wind warnings are only issued “when there is a significant risk of damaging winds.”

Snowfall warnings are also in effect for various areas in B.C. including Williston and Peace River. As for the wind, places such as the Greater Victoria area, Metro Vancouver, Okanagan Valley, Shuswap, the Southern Gulf Islands, and surrounding areas are going to get hit with some serious gusts. For instance, Vancouver can expect gusts up to 90 kilometres per hour.

Environment Canada warns that “loose objects may be tossed by the wind and cause injury or damage. High winds may toss loose objects or cause tree branches to break. Be prepared to adjust your driving with changing road conditions due to high winds.”

Each of these weather warnings is currently in effect and will be updated accordingly by Environment Canada. If you're not a fan of falling tree branches, dodging "loose objects," and being cold, you may want to stay inside.

As we mentioned, the weather has been less than optimal for so far this fall. If you're curious about what Albertans and British Columbians can look forward to this winter, we've got the scoop.

Alberta will be expecting a warmer winter than usual with more snow than usual. So, that's exciting news. Especially if you're planning on doing some skiing this winter. As for B.C., they can look forward to a wet and snowy winter, as per usual.

Though this is a lot to digest at once, remember this, we're Canadian. We can handle anything mother nature throws our way.