High risk populations will be the main focus. 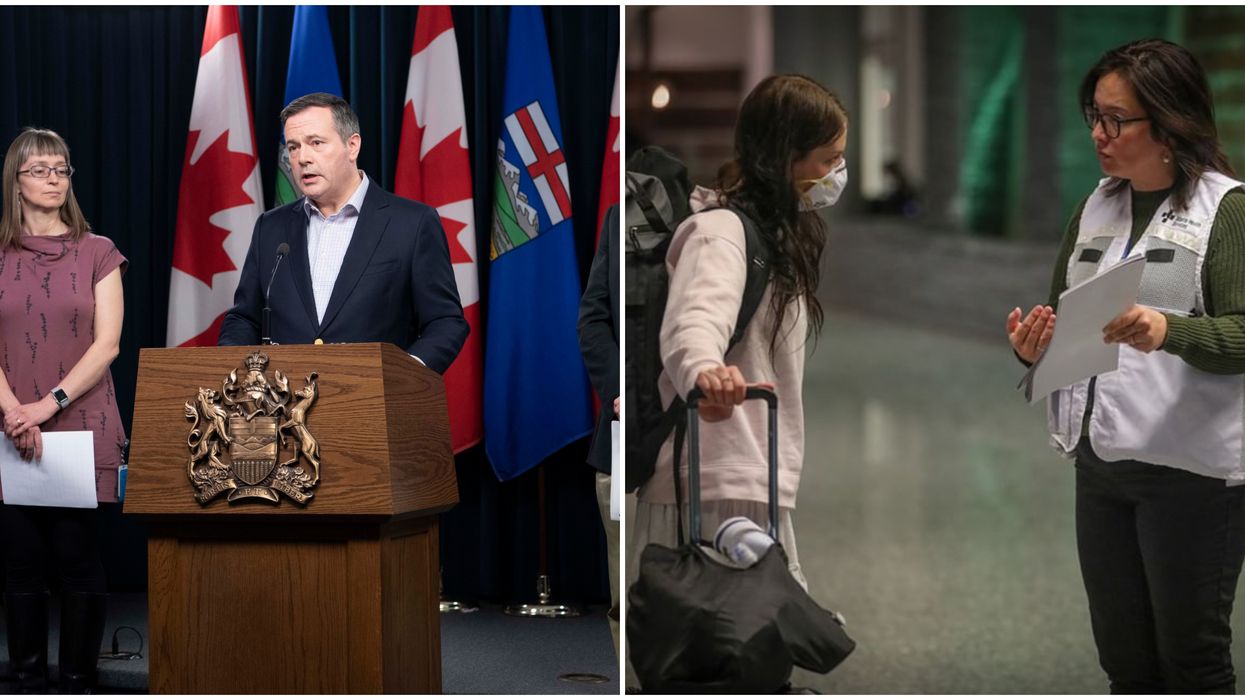 The pressure to self-isolate in Alberta is stronger than ever, especially for those returning from travel. As per the new Alberta Coronavirus Update released on Monday, March 23, residents that have recent travel history and are exhibiting mild symptoms of COVID-19 are no longer going to be tested. The province will instead be prioritizing at-risk populations.

The new health advisory clarifies that the recent travel history in question applies to those individuals who returned to the province after March 12. That's when the self-isolation protocols were put in place.

So if you're in that group and are showing mild symptoms of COVID-19, you're going to have to follow the same advice as the rest of Albertans, that is, stay home and self-isolate for at least 10 days.

According to Dr. Deena Hinshaw, this move is in line with how the rest of the country is approaching its testing protocols.

Under this new update, the focus will be shifted to testing groups that have a greater risk of developing exposure to the virus.

At this point, those groups include individuals who've been hospitalized with respiratory illness, residents of continuing care or other similar facilities, people who returned to the province between March 8 and March 12, and health care workers exhibiting respiratory symptoms.

Changing our #COVID19AB testing protocols will allow us to focus Alberta’s testing capacity on those most at risk.… https://t.co/InZ0hg3pZg
— Dr. Deena Hinshaw (@Dr. Deena Hinshaw)1584968650.0

Those who do not fit any of the stated categories have been advised to stay home and self-isolate for at least 10 days from the start of their symptoms, or until their symptoms have disappeared, whichever is longer.

Dr. Hinshaw said in the statement that these new protocols "will enable us to strategically use our testing resources. Our new approach reflects the fact that the most important thing anyone can do if they have mild symptoms isn’t to get tested – it’s to stay home and self-isolate.”

This change is effective as of Monday, March 23, so it will not apply for individuals who've already been told by Health Link that they'll be getting tested.

The self-assessment tool that Alberta has created to help residents figure out whether they should get tested or not has also been updated to reflect the changes.

The news release also mentions that Alberta Health is building extra capacity to give instructions to returning travellers with symptoms as long as they're following protocol and observing their symptoms.

Those updates and resources will be put in place later in the week.

Alberta has confirmed a total of 259 COVID-19 cases as of Monday morning, March 23.

Just last week, the province declared a state of emergency to combat the spread of the disease and have already created an emergency plan for residents in economic hardship.