Hundreds Of Alberta Students Are Begging To Switch To Online Classes

"This is not enough." 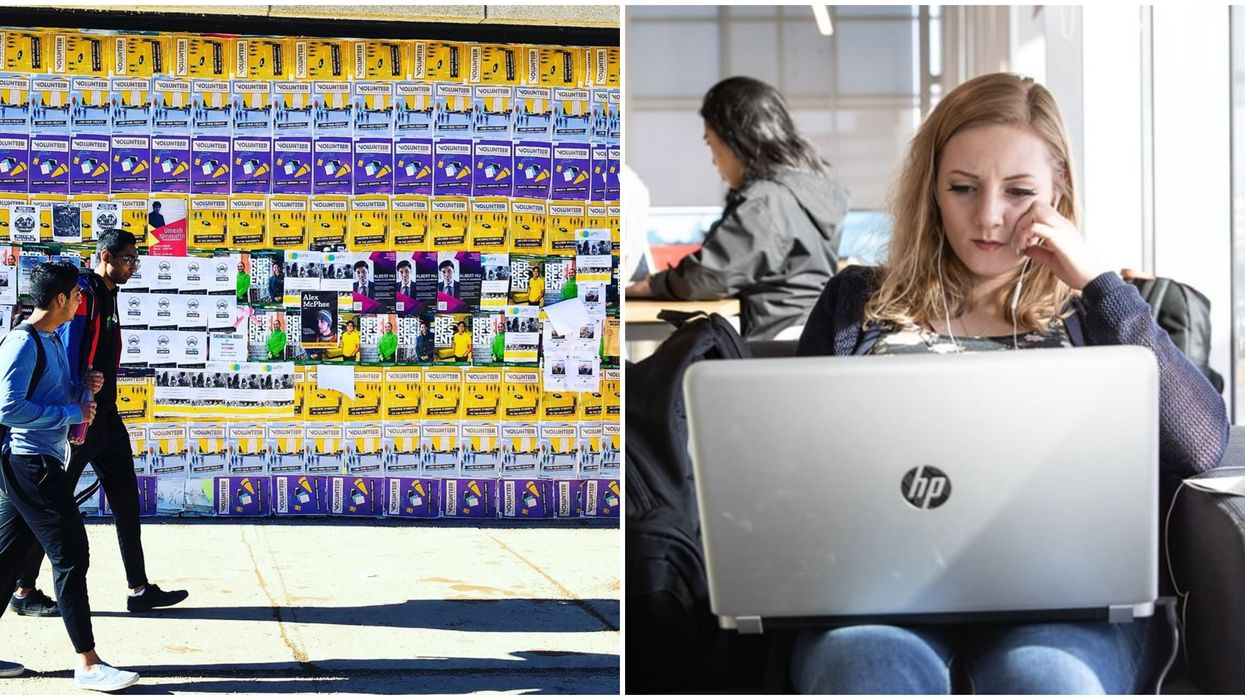 Alberta students don't want to go to school and it's not for the normal reasons. As of Thursday, March 12, most post-secondary institutions in Alberta haven't announced plans to shut down their campuses amidst the COVID-19 pandemic. However, hundreds of students want to stay at home. These students are asking their Alberta universities to switch to online classes through online petitions.

A petition titled "Change UAlberta Classes from in person to Online due to COVID-19" has received over 464 signatures so far, and the numbers continue to change as more people sign. It was created by Joshua Kearney on Wednesday, March 11.

The description of the petition reads, "COVID-19 is not a joke yet for some reason the University of Alberta is waiting for it to get worse before preventing the problem."

Kearney stated that people with immune issues and other health problems do not have much time. He also said that if the university truly cared about its students, they would allow this alternative, so the students would not have to risk their health to continue their studies.

The University of Alberta issued a press statement yesterday, confirming that classes will be continuing as normal and the campus will remain open. They have made this decision on advice from Alberta's chief medical officer, Dr. Deena Hinshaw.

Alberta Health maintains that the risk of Albertans contracting the virus remains low.

Since the first case in Alberta was reported almost a week ago, the province has seen that number accelerate. As of now, nineteen cases across the province have been reported, according to Alberta Health.

Students from Mount Royal University in Calgary have made their own petition to switch to online classes.

This petition is titled "MRU Should Switch to Online Classes to Prevent the Spread of COVID-19" and it's been created by an account called MRU Students.

The petition reads, "Mount Royal University needs to demonstrate its awareness of the current political, economic, and health environment by switching all classes to online."

On March 11, Mount Royal sent out an email to its students confirming that they will not be closing down their campuses and that classes will be continuing.

Much like the UofA, the Calgary school is also monitoring the situation and developing contingency plans in case campuses need to be shut down due to the COVID-19 pandemic.

However, the online petitioners are not satisfied with this response. "THIS IS NOT ENOUGH."

This petition has reached over 488 supporters. They're seeking 1000 supporters for their goal.

Narcity has reached out to both the University of Alberta and Mount Royal University for comment and we will update this story when we receive a response.

So far, other universities across the country have been preparing to potentially close down their campuses.

Canada Health has reported 102 cases in the country so far, with Ontario leading the pack at 42 cases. There has been one death in Canada as of now.