Ready for the apocalypse. 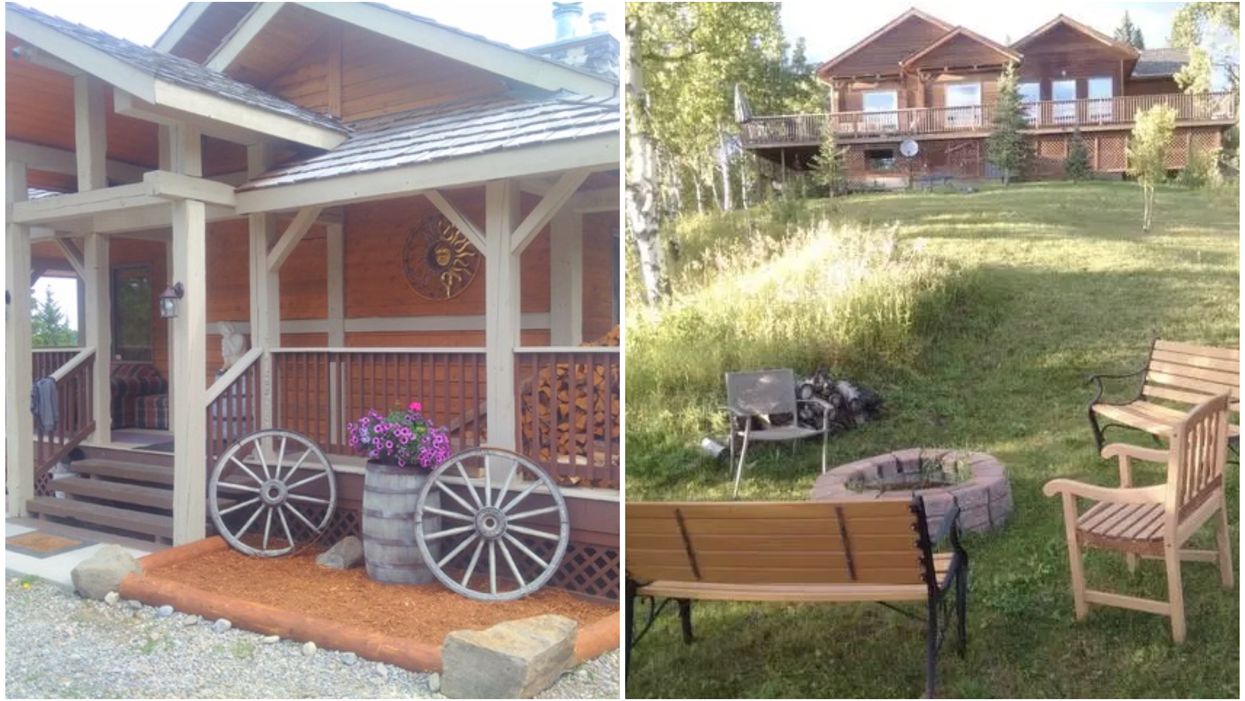 There's no such thing as being too safe, but this home gets pretty dang close. No one would suspect this quaint country house to hide any wild secrets. Little do they know, somewhere hidden on the property, there's a fully functional, fully Albertan bomb shelter and it's perfect if you're worried about the upcoming apocalypse.

Deep in the forests of small-town Millarville, Alberta, lies an unassuming villa that's got any survivalist drooling. Not because of its spacious rooms or country charms, though it's got that in spades. Nor because of its 1.8 acres of wooded property.

But because they know there's a massive 450-square-foot bunker buried beneath the grounds.

According to the documentary Mad Max: Fury Road, nuclear armageddon should be here any day now. Now's the perfect time to invest if you ever want to meet Furiosa in real life — according to the listing on Survival Realty, this bunker could "withstand a nuclear blast from 1 mile away."

With eight-inch concrete walls, floors, and ceilings held up by 1.5-inch rebar, this place takes sturdy to another level. And the "Israeli military grade air filtration system" keeps the air clean from "viral, microbial, and other forms of airborne threats."

On top of that, the bunker's connected to a freshwater cistern as well as a gravity-fed underground freshwater reservoir if you need to go off the grid.

With a three-way power system and room for nine, the posting says it can keep you safely underground for nine months to a year.

Oh yeah, the house is pretty neat too. It's got everything you need to live in comfort and seclusion, featuring three master bedrooms and four bathrooms.

Throw in a state-of-the-art bomb shelter as well and it's little wonder the place is selling for $1,325,000. That's actually cheaper than some of the questionable real estate found in Vancouver.

The listing doesn't share the location or any images of the bomb shelter, unfortunately; only the owner gets to know, for security reasons.

You never know what could happen these days. Maybe a hidden bomb shelter is a little over the top but hey, better safe than sorry.