Alberta's Liberal Party came out with a new line of merch and the internet is roasting them for it. 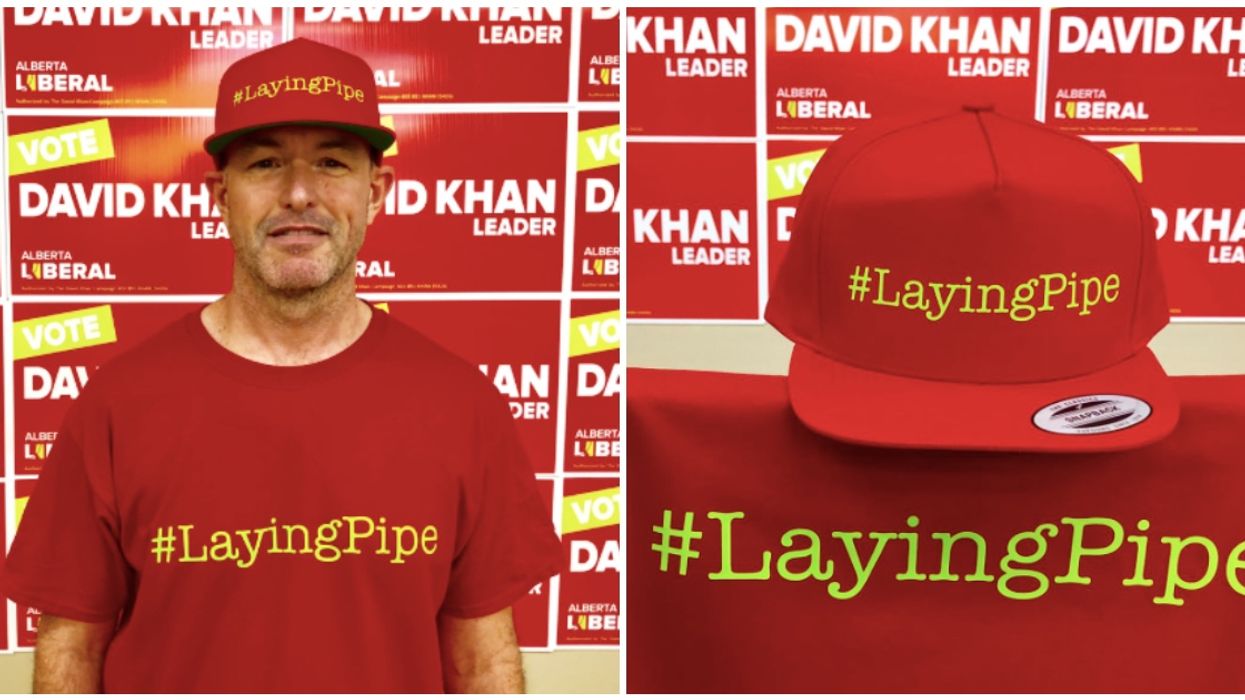 Clearly, not everyone is aware of slang. Recently, the Liberal Party in Alberta came out with a new line of merch and the internet is roasting them for it. Apparently, the leaders of the Liberal Party are not aware of the meaning of certain slang. While we know that the party was definitely endorsing the pipelines, that's not what everyone got from the new slogan.

The leader of Alberta’s Liberal Party, David Khan, recently posted about a new line of merchandise on his Twitter account. The merch is clearly marked with rather provocative slag and it looks like no one second guessed it. Now, the internet has come together to do what it does best. Roast.

On April 6th, 2019, Khan posted a sneak-peek of the Alberta Liberal Party merch. Accompanied but the tweet was a picture of a red hat with “#LayingPipe” plastered not the front of it. “You want. We got. Let’s get the #TMX pipeline built,” said the tweet. Little did Khan know, there is an alternative meaning to laying pipe that has nothing to do with building a literal pipeline.

"Laying pipe" is commonly used as a slang term for having intercourse. Dictionary.com confirms this and also states that pipe, in this case, is slang for male genitalia.

Sneak peak of the #LayingPipe Hat. You want. We got. Let’s get the #TMX pipeline built. We should also revive the #EnergyEast pipeline to the Maritines. #ableg #abvote #Alberta #Election pic.twitter.com/RJtzvqspuh

Since the pictures of the new #layingpipe merch were posted, the internet has been going wild and roasting the Liberal Party. So far, the original tweet has over 130 comments. It’s clear that many others do not understand the innuendo behind the term. But for a large majority of people viewing the merch, they can’t help but think about the alternative meaning.

The comment section of the original tweet blew up with hundreds of comments which then prompted Khan to post several other pictures of the merch that included t-shirts. Khan even posted a photo of himself wearing his new items. But this only drew more attention to the mistake.

We are taking orders for our #LayingPipe Hat and TShirt.We will create jobs and boost the #Alberta economy by getting #TMX Pipeline built. @ABLiberal also want to reopen the conversation on the #EnergyEast pipeline to send #Alberta oil to central Canada. #ableg #abvote pic.twitter.com/Kli39XK3je

Some of the comments are playing on sexual innuendo themselves and are trying to make subtle jabs. “Say what you want about the energy industry, laying pipe is something we can all get on board,” vote one Twitter user. Others are just glad that they got to witness a mistake of this caliber.

Love spending a night with my girlfriend, laying pipe. 💦

Screw the lawsuit, this is the best thing to happen in Canadian politics this week.

Do we have to slide into ur DMs for one of these ?

Khan said that laying pipe literally means the construction of a pipeline. Although an innocent mistake, the internet is not letting Khan live it down. “I guess most people know what it is but me,” said Khan.

Despite the backlash, the hats and t-shirts remain up for sale on the Alberta Liberal Party website. For only $99, you can receive your very own #LayingPipe hat and t-shirt.