Horses haven't been culled by the Alberta government since 2015. 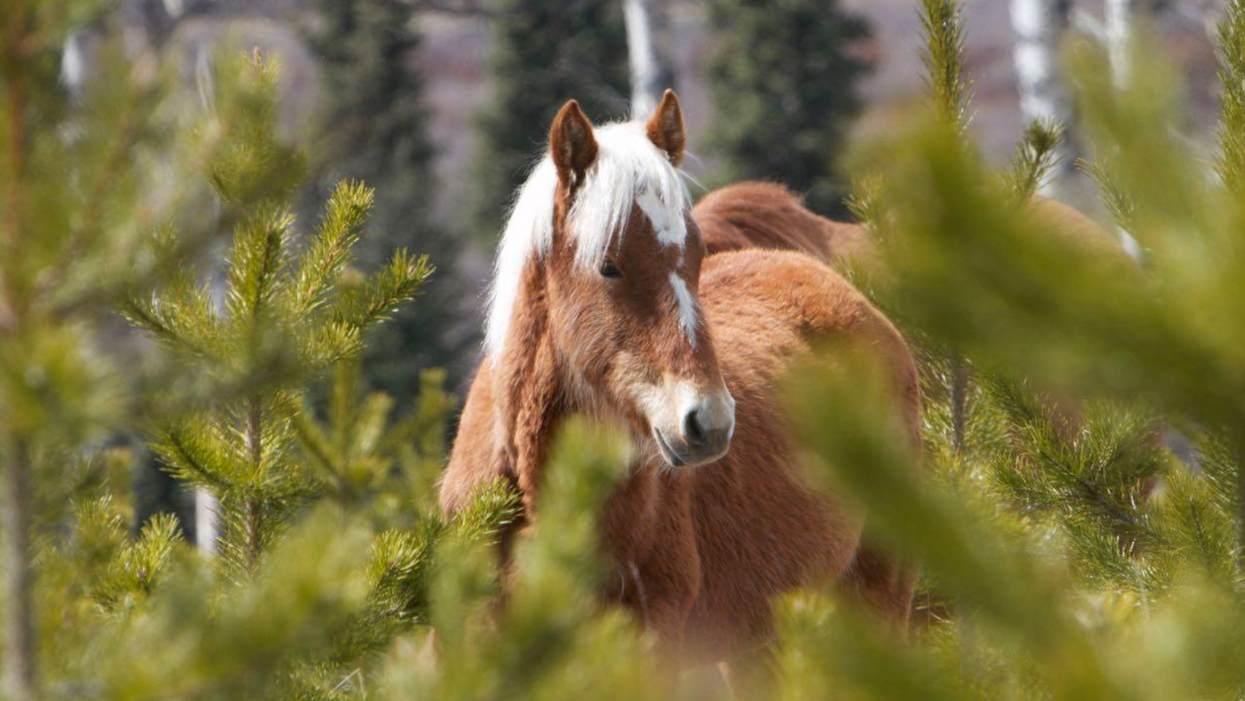 Residents of Alberta are taking a stand to save the province’s wild horses, after the future of the way their population is managed has become uncertain. Until now, volunteers in western Alberta have been working tirelessly to administer mares with a contraceptive pill, ensuring the horse population remains under control. However, as the project agreement comes to an end, Albertans fear the government will return to culling the wild horses.

For nearly five years, volunteers in Alberta have been tracking and injecting the province’s wild horses, in an attempt to keep their population under control. Mares are injected with a harmless contraceptive hormone that prevents reproduction, ensuring that population numbers can remain manageable, without any horses having to die.

According to Bob Henderson, president of the Wild Horses of Alberta Society (WHAS), the early results of the project are promising, and the vaccine is effective. However, the future of the project is uncertain, as the five-year agreement the WHAS had with the Alberta government expires in November.

With the project scheduled to come to an end, members of the public are fearful the government will return to their original forms of population management, which focused on trapping and culling the animals.

It’s the first day of summer! Celebrating the joy with this beautiful mare and foal, living wild and free in Alber… https://t.co/VztCK4dVxk
— Sandy Sharkey (@Sandy Sharkey)1529593002.0

Speaking to CBC News, Henderson explained, “At the end of September, our MOU [memorandum of understanding] comes to an end. We haven't been offered a chance to extend it." He continued, “You come up with good ideas and then it's left in limbo and it's really frustrating because there are better ways to manage our horses than with culls."

Alberta’s wild horse population do not currently have any legal protection, because the government has deemed them to be feral rather than wild, as they are likely to be descendants from escaped or released domestic horses. Previously, the horse population was controlled by methods of trapping and culling. While the intention was often to sell horses at auction, lack of interest often meant they would be sent for slaughter instead.

There has not been a government cull since 2015, the year that WHAS took over.

The contraceptive vaccine that WHAS has been using is able to prevent fertilization with up to 90 percent effectiveness, but it is not a one-off solution. The drug is able to be effective for up to three years, but for best results, a second booster shot should be administered.

The shot is also harmless if a horse is already pregnant when vaccinated, and will not affect an existing fetus. Only horses who had been dosed continuously for more than five years would be at risk of sterility.

While it sounds like a simple and straightforward solution, Henderson explains that the horses are really difficult to track, with the terrain making the volunteer’s work incredibly hard. "You have to put on a lot of miles in order to find those horses and get close enough to apply the vaccine to them," Henderson said.

For the project to be really successful, Henderson explains, it would be necessary to have much more manpower. “A bigger organization than us could have people out in the field and apply this vaccine more extensively,” he said.

Residents of Alberta feel so strongly that the horses should not be culled, a petition was created, “demanding that the Alberta Government  commits to protecting our wild horses.” The petition has already been signed by more than 2,000 people, all hoping the government will renew the WHAS project.

In a statement to CBC News, Alberta Environment and Parks said it will review the project in November when the society submits its final report to the ministry.

Henderson said, “It all boils down to this. The horses have been part of our culture forever ... If we lose these symbols of our freedom and the spirit of who we are, we'll be emptier as a people."

You can sign the petition to save Alberta’s wild horses, here.