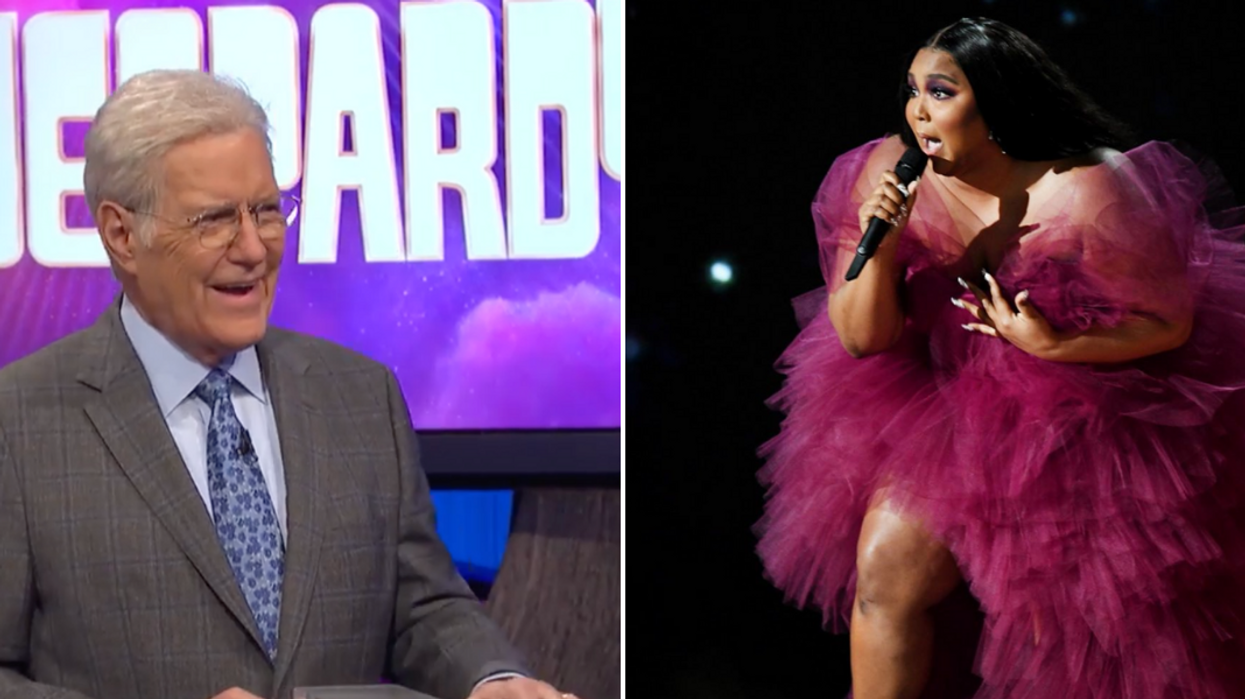 Is he 100% a Lizzo fan? Last night’s episode of Jeopardy! included Alex Trebek reciting popstar Lizzo’s lyrics. The 79-year-old even made fun of his own rendition, but viewers seem to be obsessed with his cover.

One contestant on last night’s episode chose the category “Lyrics of Today” forcing Trebek to recite a verse from Lizzo’s “Truth Hurts.” Without revealing the beat, of course.

The contestant answered correctly, but instead of a congratulations, Trebek jokingly asked for confirmation of his amazing impression, “I did it exactly like she does, didn’t I?”Fans took to social media to talk about how the iconic moment made their love for Trebek grow “tenfold.”

Some fans are even hoping the video reaches popstar Lizzo herself, “I hope @lizzo watches #Jeopardy.”

my day was made vastly better by alex trebek saying the words to lizzo’s Truth Hurts and then saying “and i did it EXACTLY like she does”
— 🦉jess rubio🦉 (@🦉jess rubio🦉)1585274654.0

This episode comes days after it was announced that Jeopardy! would be halting production due to the rising fears over COVID-19. In a tweet, they revealed that “the health and well-being” of their contestants, staff, and crew were their top priority.

With the increasing concern surrounding COVID-19, we have decided to temporarily suspend production on Jeopardy! an… https://t.co/Olz78GBV4c
— Jeopardy! (@Jeopardy!)1584401627.0

There have been no reports on when Jeopardy! production could potentially resume.